10 Weird Commercials From All Around The World 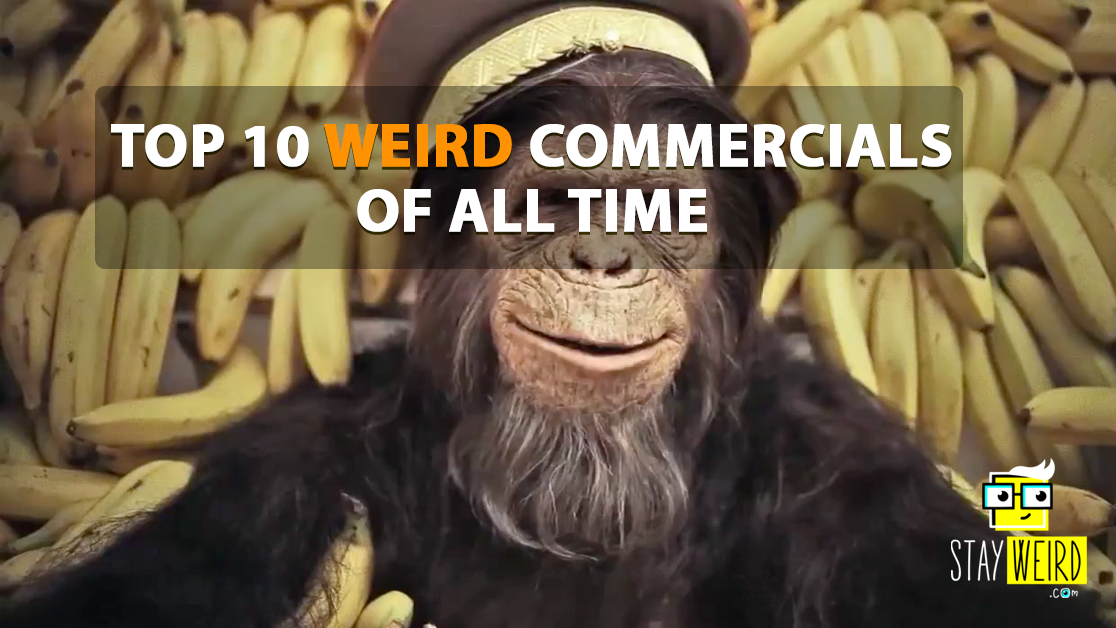 Now, you have to decide whether these weird commercials gross you out or give you a stomach ache out of laughing out loud.

Top 10 Weird Commercials of All Time

We are bringing the 12 weirdest ads you would ever see so, keep reading because things are going to get pretty unusual here.

This commercial almost sounds as if no helping verbs are used in it, and the writer has just added a bunch of vam bams and made a jingle out of it.

When you watch this commercial of a cleaning agent, you will realize that nothing makes any sense, and the singer is speaking some kind of foreign language, making it a really weird ad to watch.

The commercial starts pretty normally, but it turns out to be one of the weird perfume commercials because of the stunts Spike Jonze has pulled in it.

She starts acting like she is possessed, and it is really strange to watch her quirky expressions along with weird body language.

The weirdest scene of the whole commercial definitely was when she licked a statue. It literally grossed us out because what were writers even thinking while writing this?

Also, we don’t see the Kenzo perfume for more than half of the ad, so their priorities are pretty apparent.

This particular ad is not only weird but only pretty bizarre and terrifying. In this ad, there is a baby that is half puppy and half-monkey, and you cannot really unsee it.

There are some guys hanging on a couch until this weird creature enters and starts dancing.

Mountain dew was behind this ad, and the dancing puppy monkey baby did sell a lot of energy drinks along with blowing up the internet.

The weird thing about this ad is that you cannot really decide whether it is a puppy, baby, or monkey and, it is weirder to imagine how the makers came up with this unusual idea.

Kinder surprise ad has to be one of the creepiest ads we have ever come across as the egg is dressed as a mascot, and it has a human face.

The small eyes, nose, and lips on the egg not only look weird but really creepy. Also, in the video of this ad, the screen keeps zooming in, which makes it even creepier, and it gets hard to even look at it.

This snickers commercial has some horror movie vibes, and it is really weird to watch a shadow lurking in the supermarket while a woman is all alone.

Another weird thing about this commercial is that the voice does not sound like that of a child at all. And, the weird lurking person even strokes the face of the woman, which is weirder than anything else.

We really don’t get why sneakers had to make such a horror ad when its audience is kids.

Weird commercials have now become a thing for old spice, and they keep coming with quirky commercials every year.

In this commercial, Terry, the lead of the ad, is trying to trim his beard but, his hair, which is a person, is not ready to let this happen with the old spice trimmer; everything is possible now.

It is not a creepy ad but more of a funny and weird kind that you would want to see when you are in a bad mood.

The first part of this commercial was very creepy, and no one really expected it to have a pinch of horror in it, so it got people by surprise when they watched it.

Flickering lights, horror movie sounds, cries of mama, and a really creepy baby with eyes popping out: it sounds like a scene right out of a horror movie, but it actually is an advertisement for PlayStation 3.

Well, we don’t really know what the makers were thinking while making this ad, but they should at least know their audience, which is definitely not into this quirky stuff.

If you think that a commercial is going to give you the information about what the product is, then you are probably wrong because that is not the case with this commercial.

It is weirdly to the point and does not talk about anything about the product other than the fact that it is a chapstick for your forehead.

After a while, this repetition not only gets annoying but pretty weird too.

Gyunyu commercial is one of the weirdest Japanese commercials because you don’t really understand what exactly is happening in it.

Gyunyu claims that you don’t have to drink milk anymore because it offers a lot more than milk but then ends up turning the teacher into chalk.

So, we are not sure what more Gyunyu offers other than calcium? There is not a lot of information about the product itself in the advertising, and it is mainly just bizarre things happening for no reason.

This commercial is weird mainly because you will see human heads dancing around in the costume of chickens, and you will have to ask yourself, is it actually an ad for chocolate balls?

The quality of the ad is cheap, too, and it just feels really weird watching a chocolate ball have chicken legs. It kinda spoils your appetite.

So, we hope these weird commercials are enough to make you cringe for the whole week. Each one of them doesn’t really make any sense, and we really wonder why exactly they exist.

The creative team of these commercials became a little too creative and what came out were some of the funniest and weirdest commercials.