10 Weirdest Festivals From Around The World 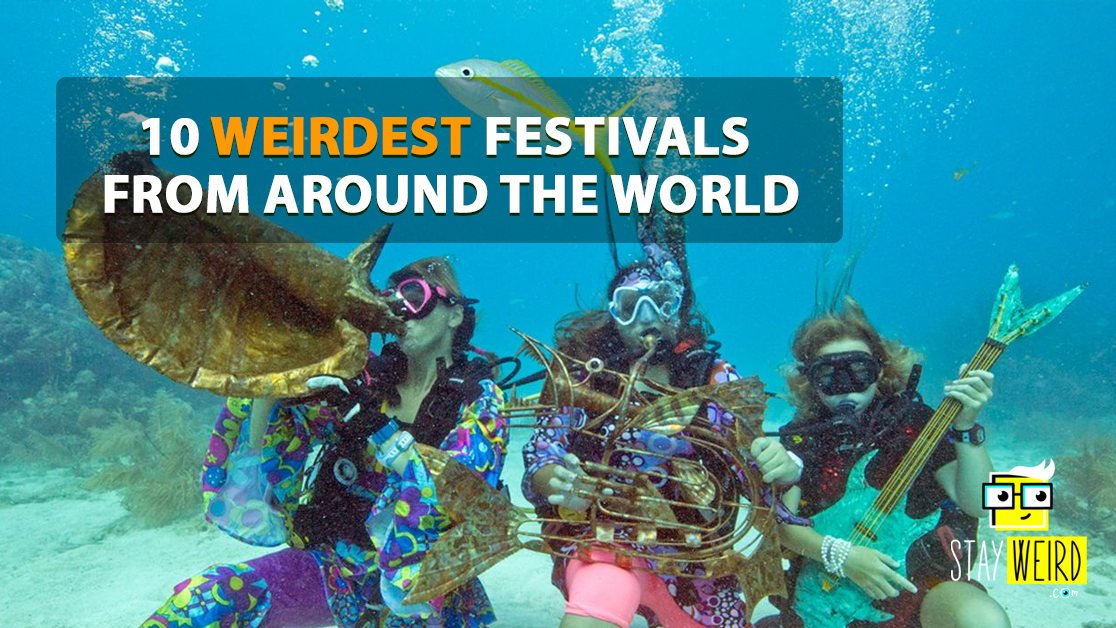 Through the years, people have found many ways to celebrate important occasions in their lives. In some places, these celebrations have grown into massive festivals that attract thousands of visitors worldwide. At these festivals, revelers capture a particular culture and enjoy participating in an activity that brings them closer to it.

Top 10 Weirdest Festivals You Should Know

From a festival celebrating using mud to a peculiar event featuring a greased-up horse and rider, here are the weirdest and most wonderful and unusual festivals around the world.

This festival can be best described as a muddy celebration of all things that are related to the sea. The Boryeong Mud Festival takes place at Daecheon Beach in South Korea, with abundant mud deposits from the sea. The event typically begins at the end of July and lasts until August.

During this time, people participate in a number of activities involving mud, such as rolling around, making masks out of it, and even throwing it at each other. One would think that having a lot of mud on your face is not a pleasant feeling. But most participants claim that it actually brings back happy childhood memories and is good for the skin. 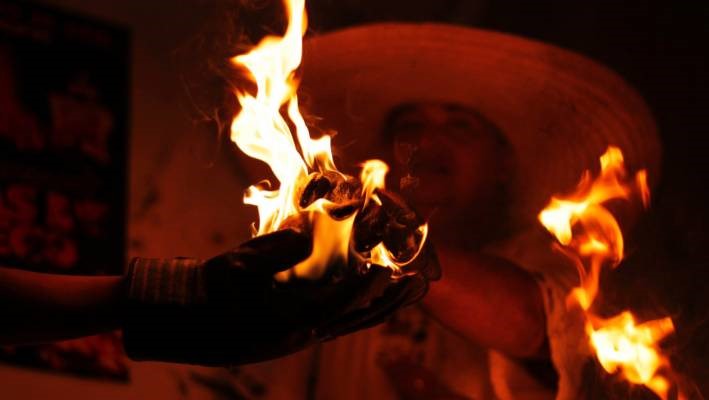 This festival shows that people in different cultures have different ways of celebrating life’s important milestones. While some festivals are based on tradition and culture, others focus on fun activities that bring out the best in people.

Las Bolas de Fuego is a unique festival held in San Juan Nonualco, El Salvador. In this, people paint their faces like skulls. Apart from painting their faces, people wear other weird costumes such as wigs made of banana leaves and coconut shells. The highlight of the festival is when a person hurls a fireball. Though dangerous, people have been following it for a long time. 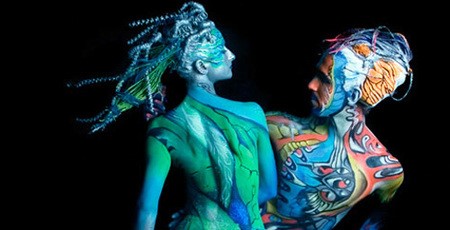 This entire festival is not weird because of the activities that occur during it. But because of the way people look when it’s over. The World Bodypainting Festival takes place in Austria and lasts for five days. During this time, artists worldwide flock to this quaint town and hold live body-painting sessions. They are painting intricate designs on willing participants.

As a result, many people portray abstract art with their bodies. This strange form of art is undoubtedly unforgettable and one hell of an experience too. 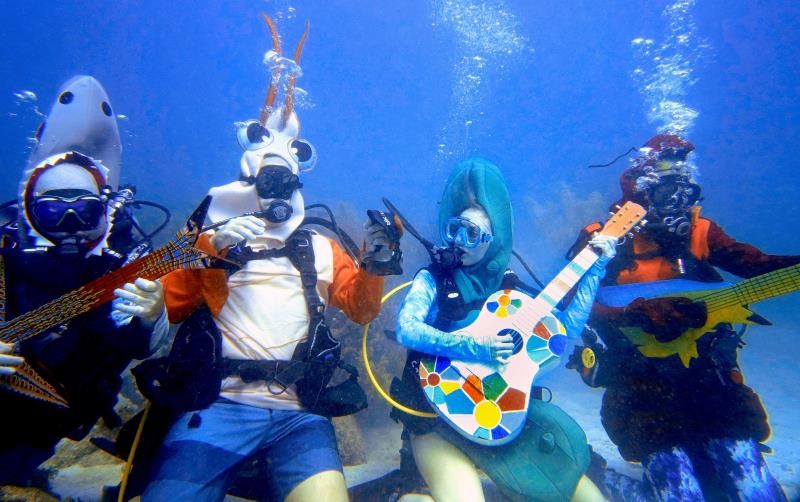 Music has such a powerful ability to entertain and think outside the box that some people have discovered some pretty exciting ways of celebrating it. Rather than being held at a typical concert venue, the Underwater Music Festival takes place on the seabed.

This unique concept is unlike any other because it features musicians playing music below water level. Submerged 100 feet deep in clear waters are instruments attached to weights so that they don’t float up to the surface when played by talented scuba divers who then perform free concerts for marine life and humans alike.

The weirdest of all is the sport of toe wrestling which seems like child’s play but has serious consequences! It was initially created in 1977 by two men looking for something “fun to do” during a particular leg of a family vacation.

Today, the World Toe Wrestling Championships features professionals and amateurs who come from all over the world to test their toe wrestling skills. The rules are simple, each player locks his big toe with the opponent’s big toe and tries pushing him backward or making him fall on his back. The first person to make his opponent touch the ground is the winner.

Although strange, these festivals draw thousands of attendees each year because people like participating in activities that make them feel closer to other cultures. These events also allow participants to express themselves freely, unlike at mainstream festivals where displays of weird behavior are often frowned upon or even banned. 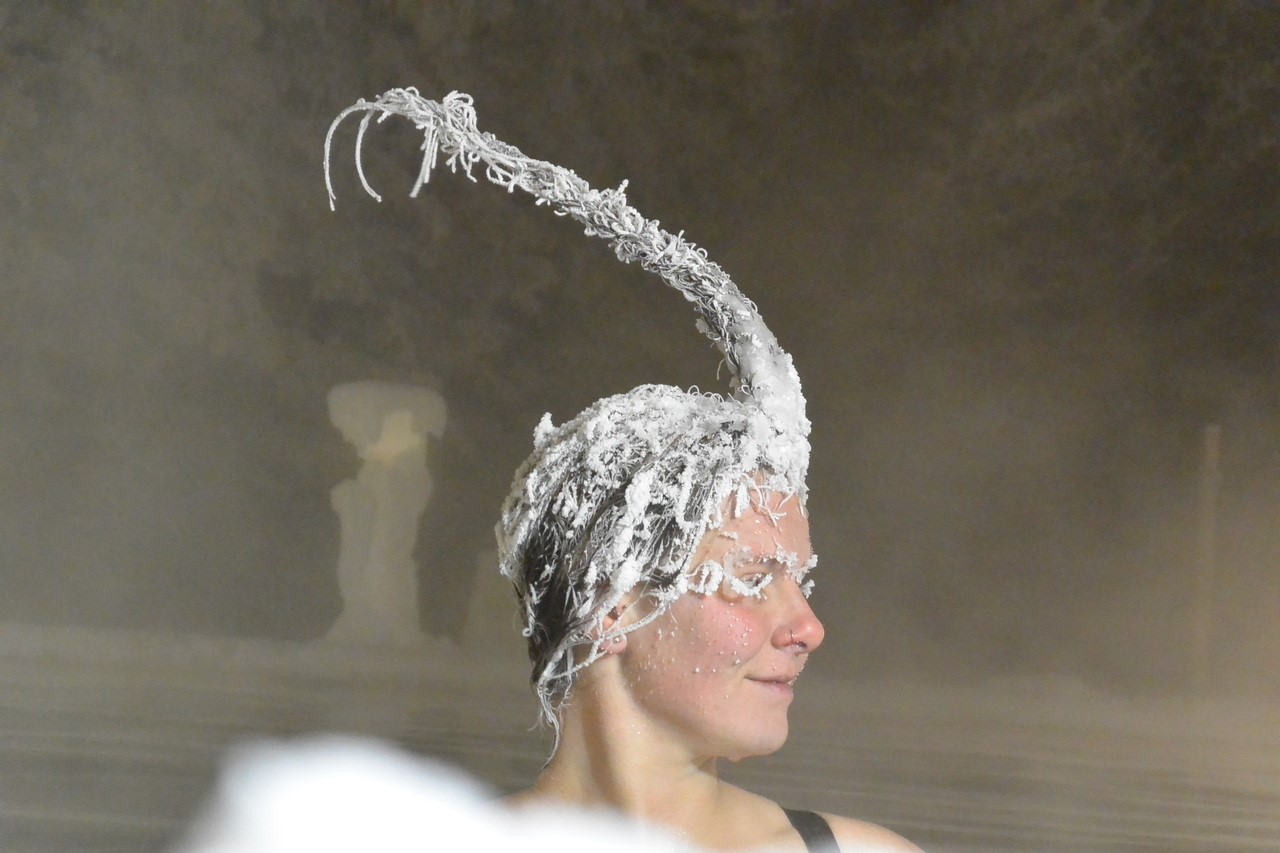 This annual festival takes place in January and is based on the premise of testing a person’s toughness by exposing them to a very cold environment. The winner is the one with the most frozen hair. To participate, they need to let their hair hang loose before going out into the -25 degree temperatures for as long as possible.

The trick is not to wear a hat or any warm headgear, as this may skew the results. Once outside, they have to completely expose themselves to Mother Nature by standing still for as long as they can without wrapping up warmly.

Suppose participants are brave enough after enduring for at least 3 minutes outside in the extreme cold weather. In that case, they’re allowed back inside, which allows their hair to unfreeze, and the results can be measured in terms of relative ‘hair stiffness.’ 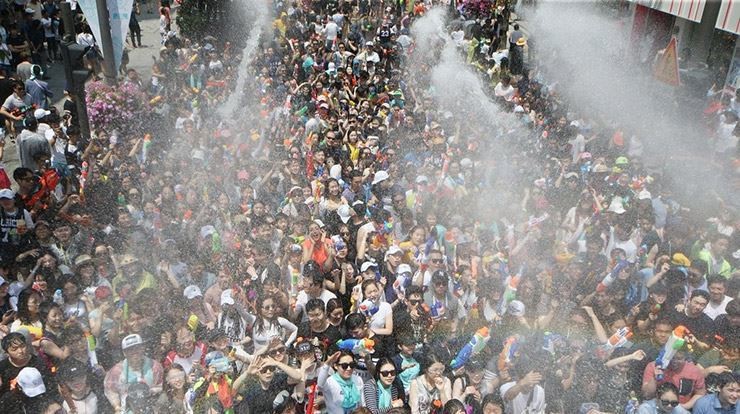 The Water Gun Festival takes place in South Korea every year at the beginning of May. Huge water fights take place between people from opposing towns and cities. But these shoot-outs aren’t just restricted to water pistols; super soakers and machine guns will do.

The exchange is usually limited to 1 minute long before a truce is called, and then hostilities continue until everyone’s had enough or it’s time to go home for dinner. It’s an unusual festival that gets very messy indeed.

8. Battle of the Oranges, Ivrea 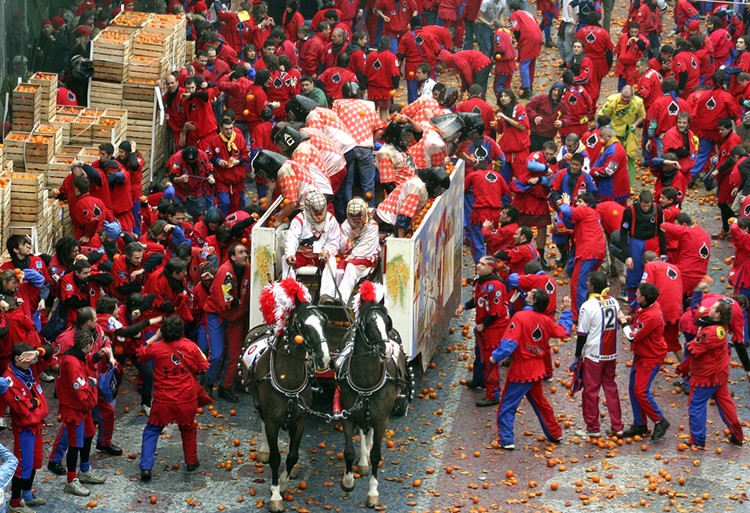 This Italian town hosts one of the most bizarre festivals, taking place every year since the early a long time. Each year in February, an epic battle takes place between thousands of participants who have to throw oranges at each other during a 30-minute flight. The aim is to try and knock down your opposition by pelting them with oranges so that they cannot stand any longer.

9. Running of the Bulls, Pamplona 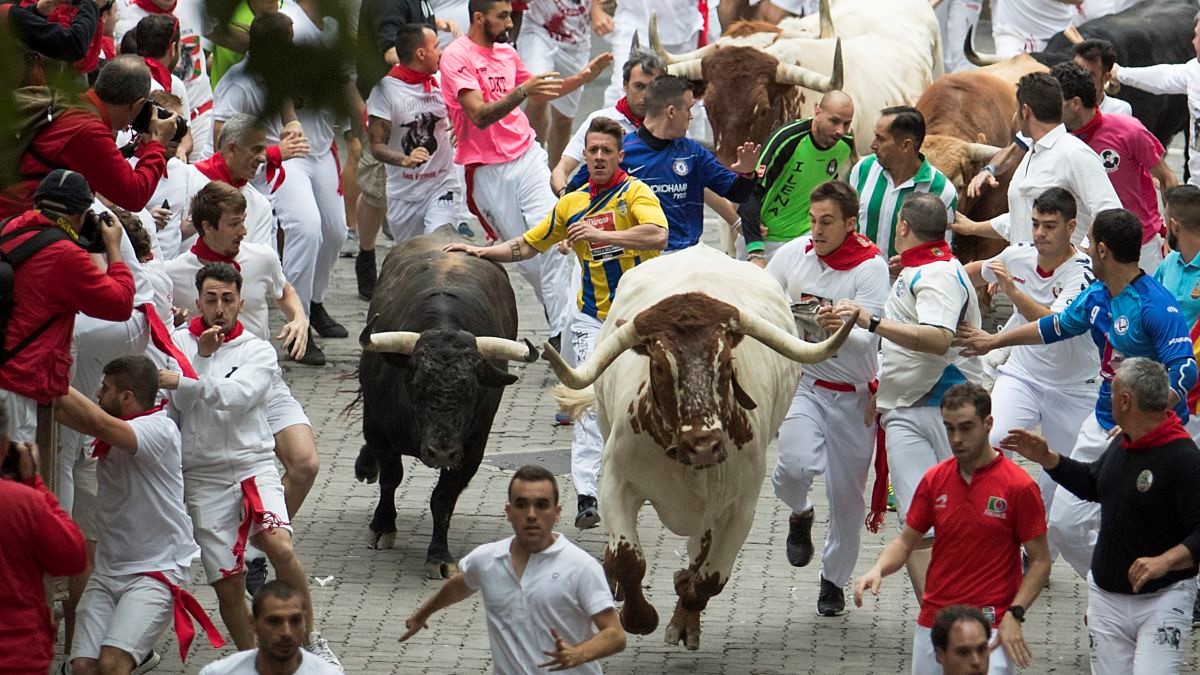 This festival takes place in Spain, usually in July. And it involves bullfights as they’re let loose on a course through the streets of Pamplona. It’s an event that has been going on for centuries and one that many enthusiasts flock to witness. Because it’s hailed as one of the ultimate tests of bravery but also foolishness when you consider how dangerous it can be. 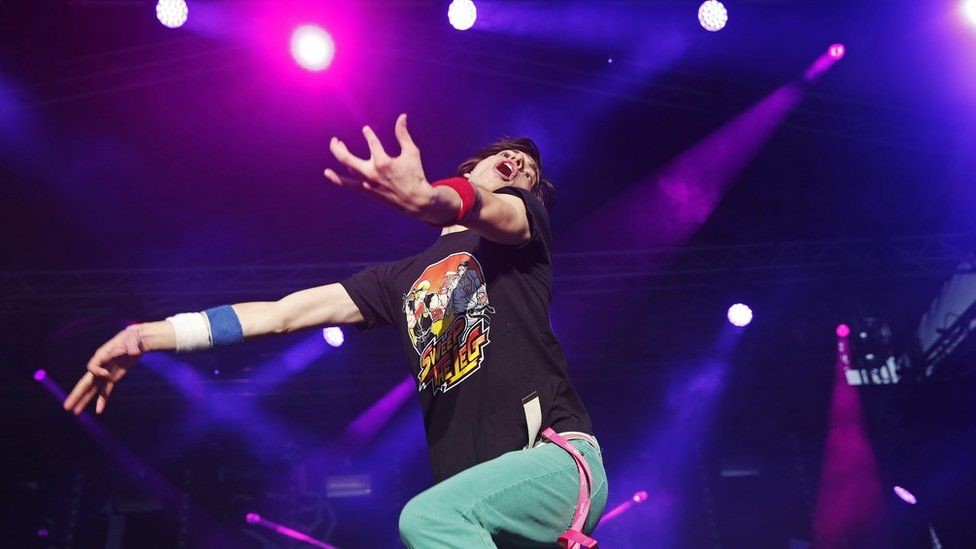 Finally, the last festival takes place every year in Helsinki, coming to a close around mid-August. Contestants are judged on their ability to play imaginary musical instruments as they ‘rock out’ in front of judges. Who award the most deserving competitors prize money and other forms of recognition for being so talented with their air guitars. It’s an event taking place for over two decades now since its inception back in 1996.

Also Check: 10 Weird Commercials From All Around The World

While some of these festivals are pretty strange, they all offer a unique cultural experience that is well worth checking out at least once in your life. If you’re looking for an interesting and off-the-beaten-path travel destination, consider one of these ten most unusual festivals from around the world. Have you been to any of them?