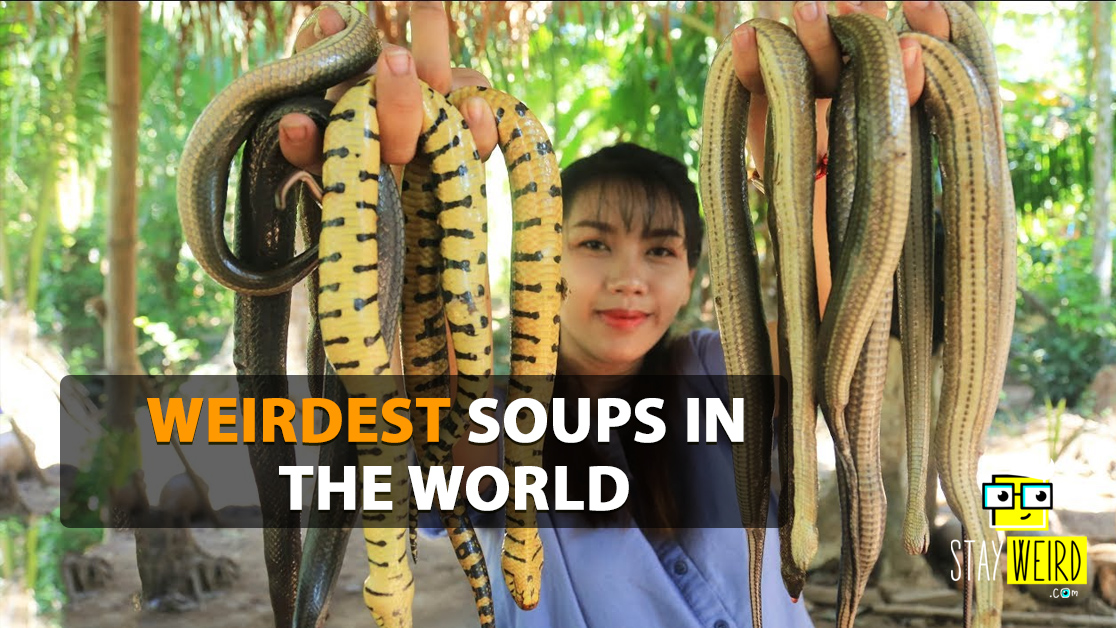 If you’re the kind of person who’s not afraid to try new things, you’ll love these weird soups from around the world. From Kiburu Soup in the Chagga tribe to duck beer soup in Germany, these soups are not for the faint of heart. But if you’re looking for a unique culinary experience, be sure to check out these strange soups. Who knows, you might find your new favorite dish. 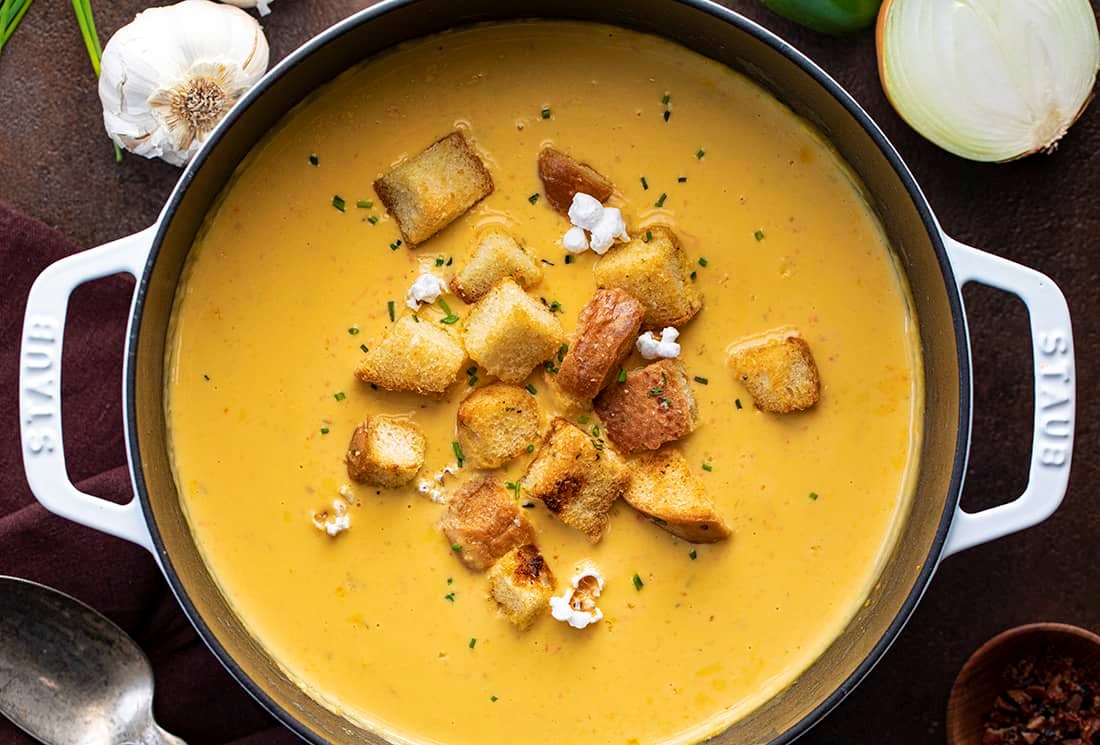 This may come as a surprise to some, but beer soup is a thing. And it’s popular in some parts of Europe, particularly Germany. The soup is made with dark beer, usually stout, and often includes ingredients like onions, bacon, and carrots. 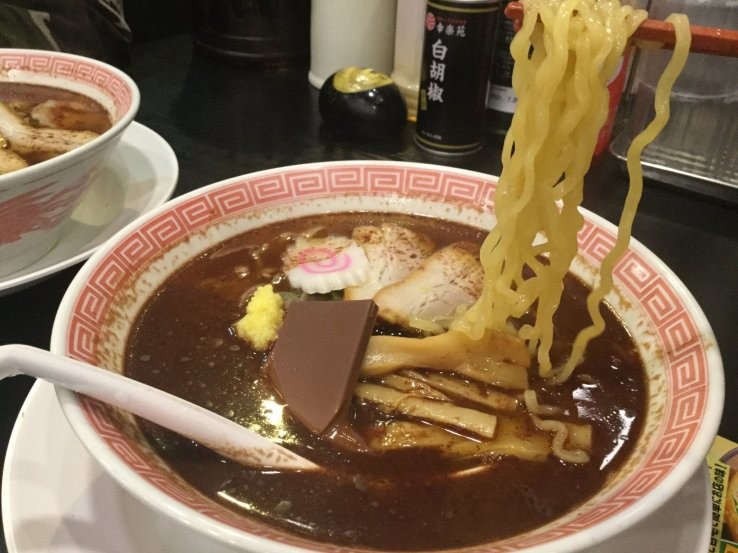 Who would have thought that chocolate and ramen noodles could go so well together? This strange but strangely delicious soup is from Japan, and it’s made with chocolate-flavored broth and topped with chocolate shavings. It might sound a bit too sweet for some, but if you’re a fan of both chocolate and savory flavors, this is worth trying. 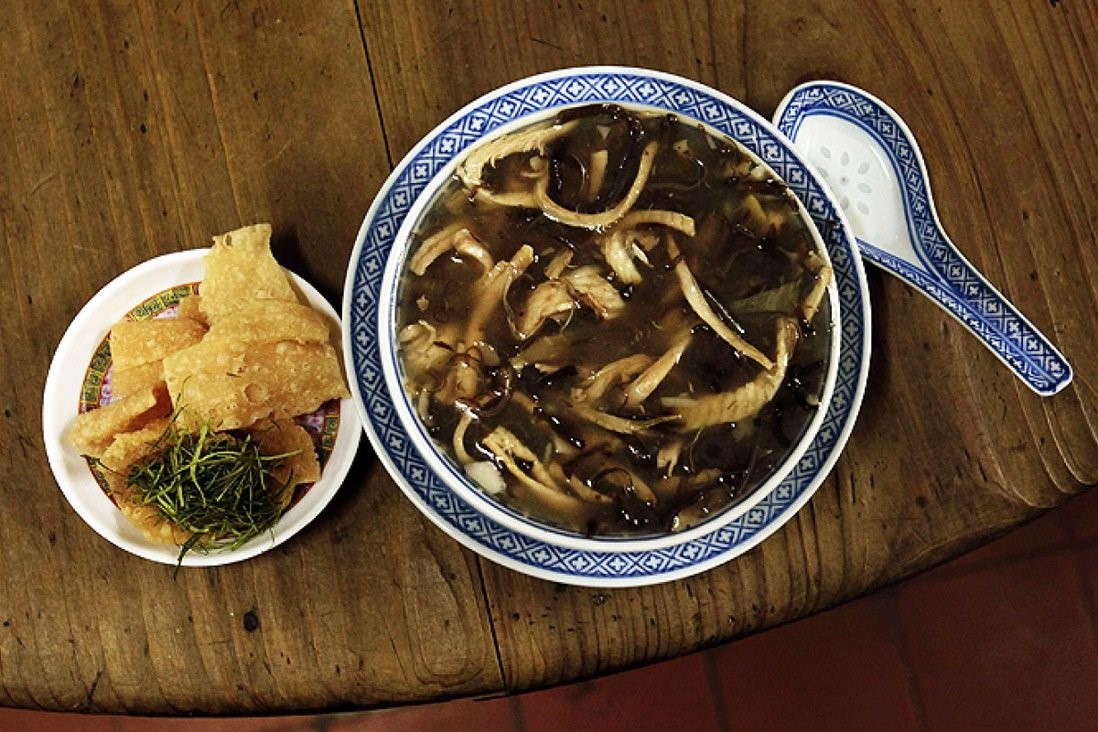 Snake soup might be right up your alley for the more adventurous eaters out there. This dish is popular in Chinese cuisine and typically features various parts of the snake, including the meat, bones, and skin. 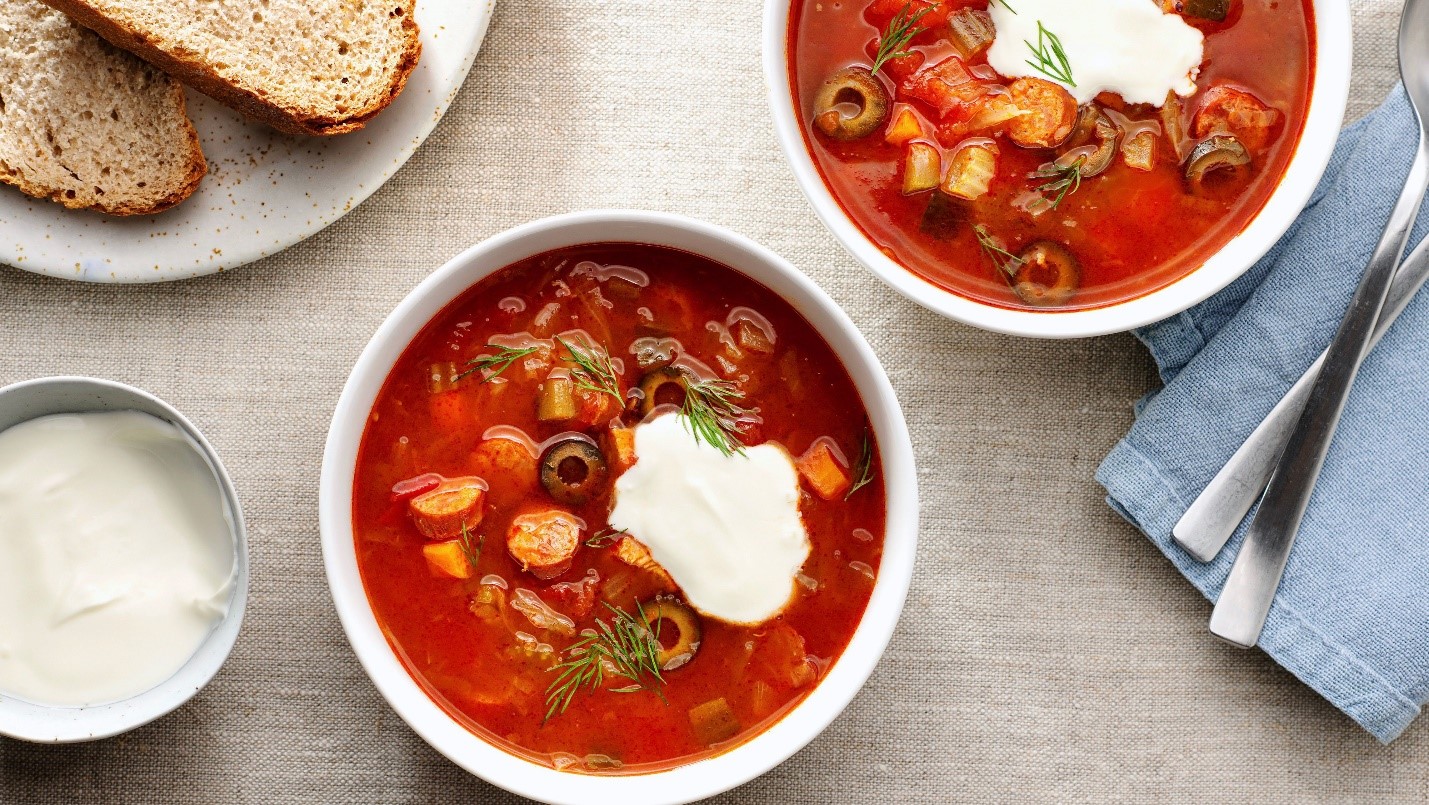 This Russian soup has a very confusing array of ingredients, as it uses both sweet and sour flavors. It is thickened with pickled cucumbers and contains multiple types of meat like beef, pork, or chicken. The soup also has olives, capers, and lemon juice, to give it that sour edge. It is served with smetana or sour cream. 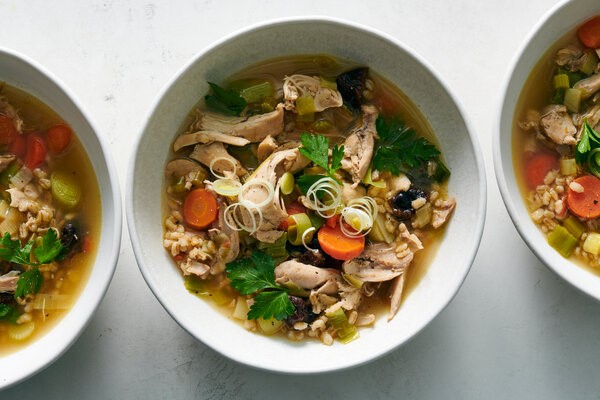 This Scottish soup is made from, as the name suggests, chicken and leeks. It also contains prunes, which give it a unique sweet and savory flavor. The soup has a long history and was even mentioned in Shakespeare’s Henry IV Part 1. It is still trendy in Scotland today and is often served on special occasions like Burns Night. 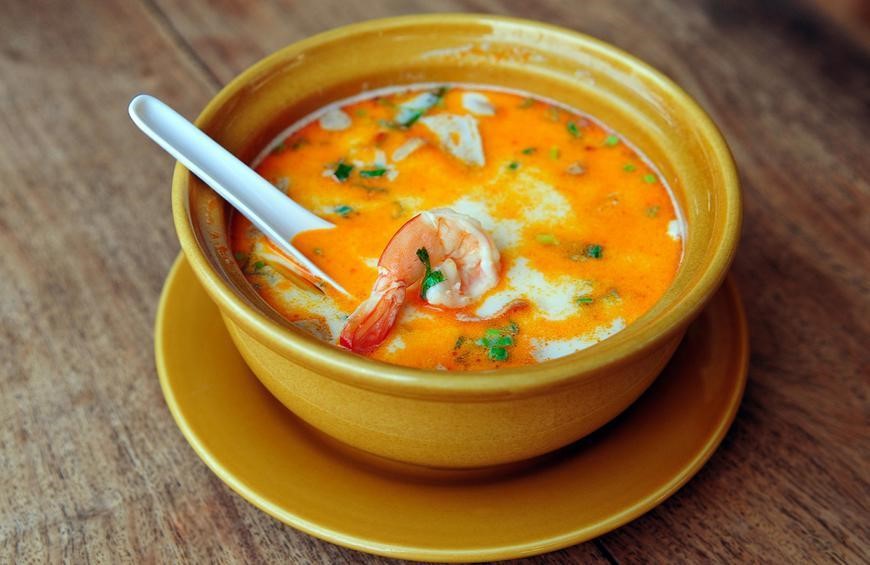 Tom Yum Soup is a Thai dish characterized by its intense sour and spicy flavors. It contains lemongrass, galangal, kaffir lime leaves, tamarind paste, fish sauce, etc. It is usually made with shrimp, but chicken and vegetarian versions are also available. The soup is trendy in Southeast Asia and has even become popular in Western countries. 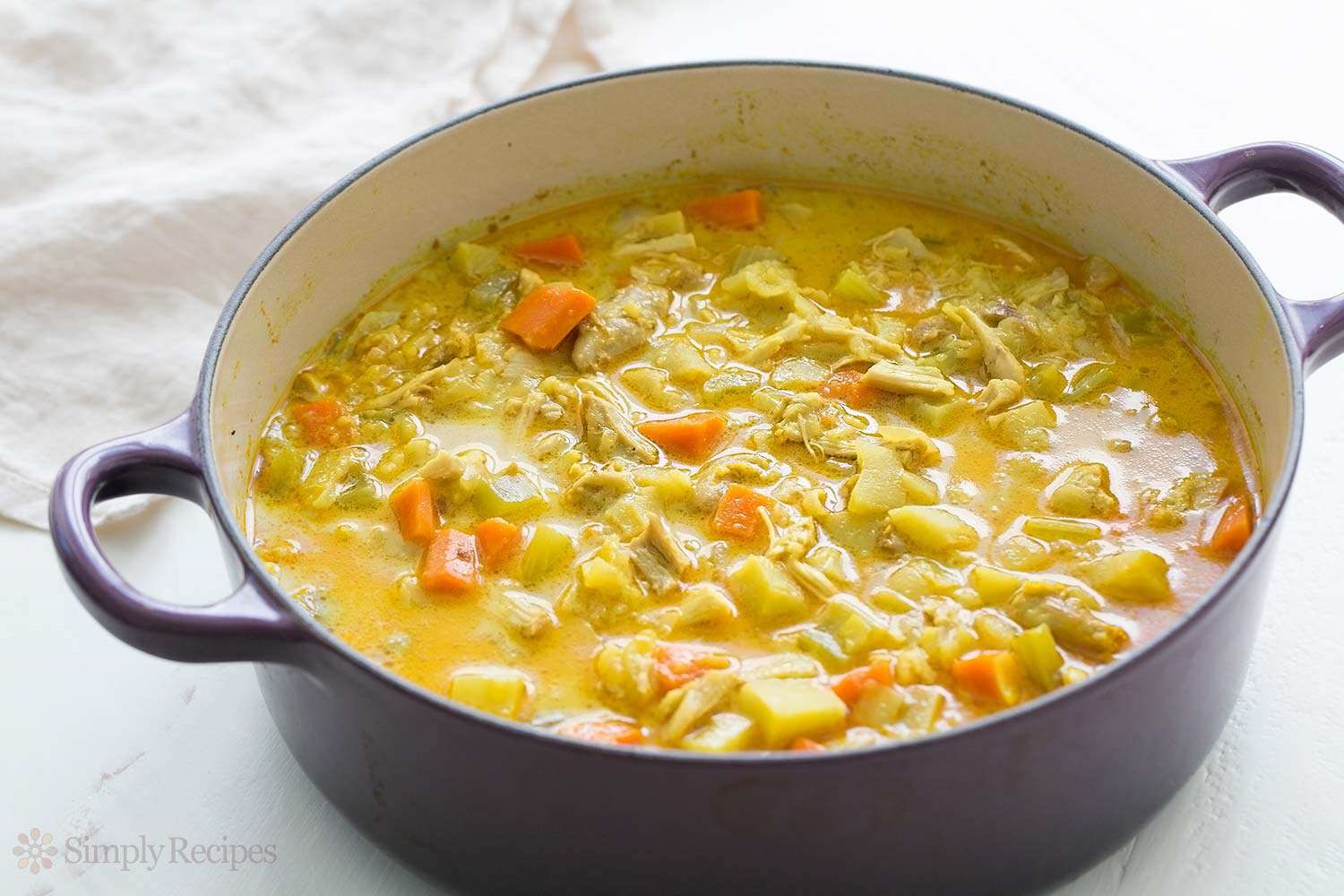 Mulligatawny Soup is a curry-flavored soup initially brought to Britain by Indian servants during the colonial period. It is made with chicken or lamb and usually has a thick consistency. It is often served with rice and is a trendy dish in Britain. 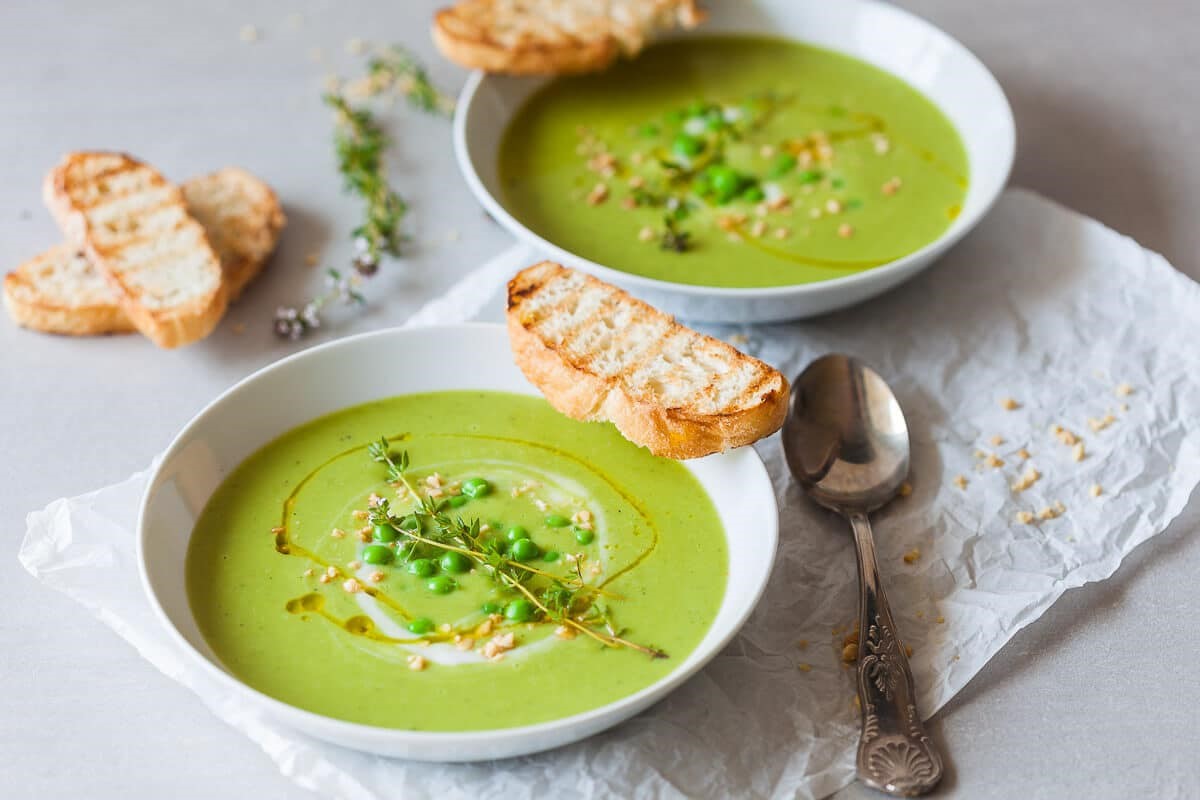 Pea Soup is an ancient dish and was even mentioned in Homer’s Odyssey. It is made with dried peas, ham, bacon, etc., and has a thick consistency. It is often served with bread and has variations all over the world. In Sweden, for example, it is served with pancakes on Thursday nights. 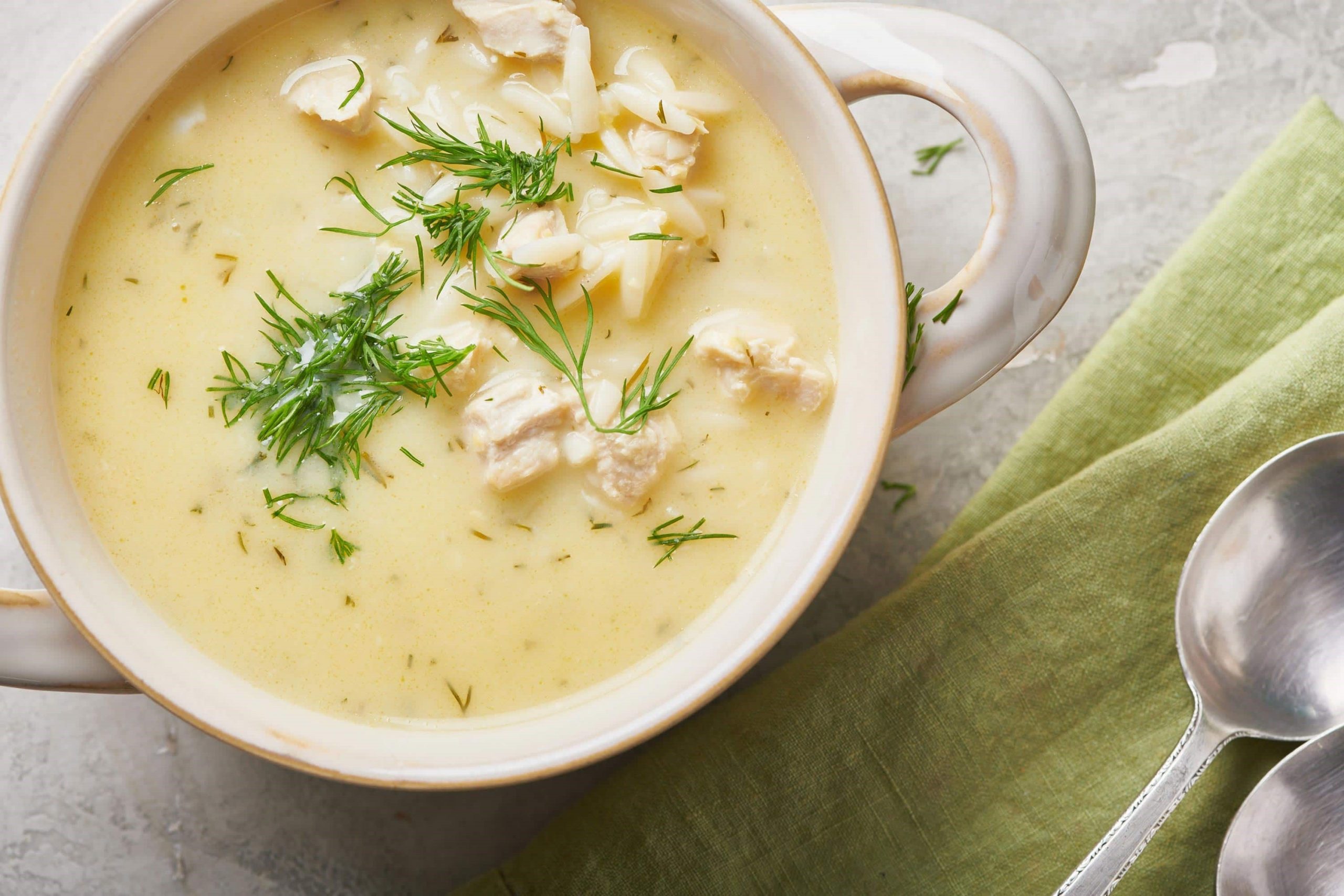 Avgolemono Soup is a Greek soup made with chicken, rice, and eggs. The eggs are used to thicken the soup, and lemon juice is added to give it a sour flavor. It is often served with bread and is a trendy dish in Greece. 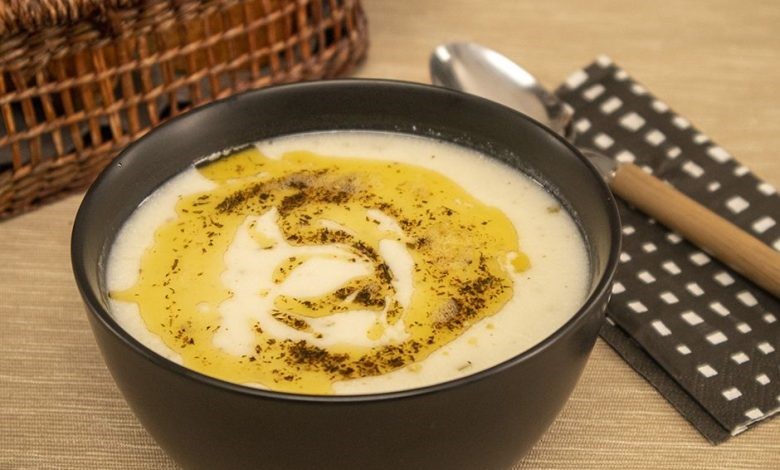 This garlic yogurt soup is a Turkish specialty that’s perfect for warding off vampires or satisfying your appetite. It’s made with a base of yogurt, milk, and chicken broth, then thickened with flour and egg yolks. Finally, it’s flavored with garlic, dill, and lemon juice. 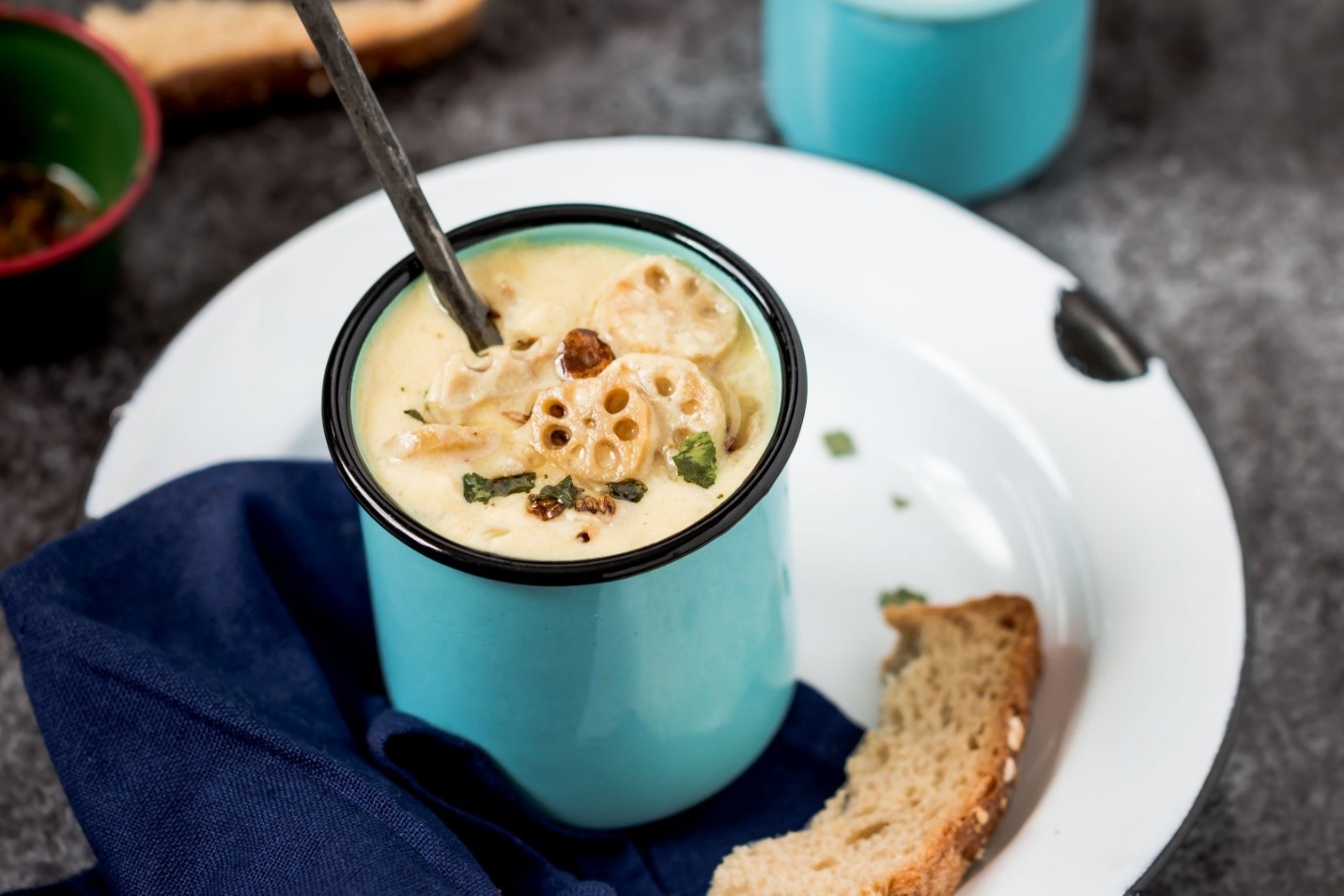 Nadru is a lotus root vegetable that is popular in Kashmiri cuisine. They’re simmered in a spiced yogurt sauce and chilies, ginger, cloves, and cardamom. This soup is often served as an appetizer, but it’s hearty enough to be a meal on its own. 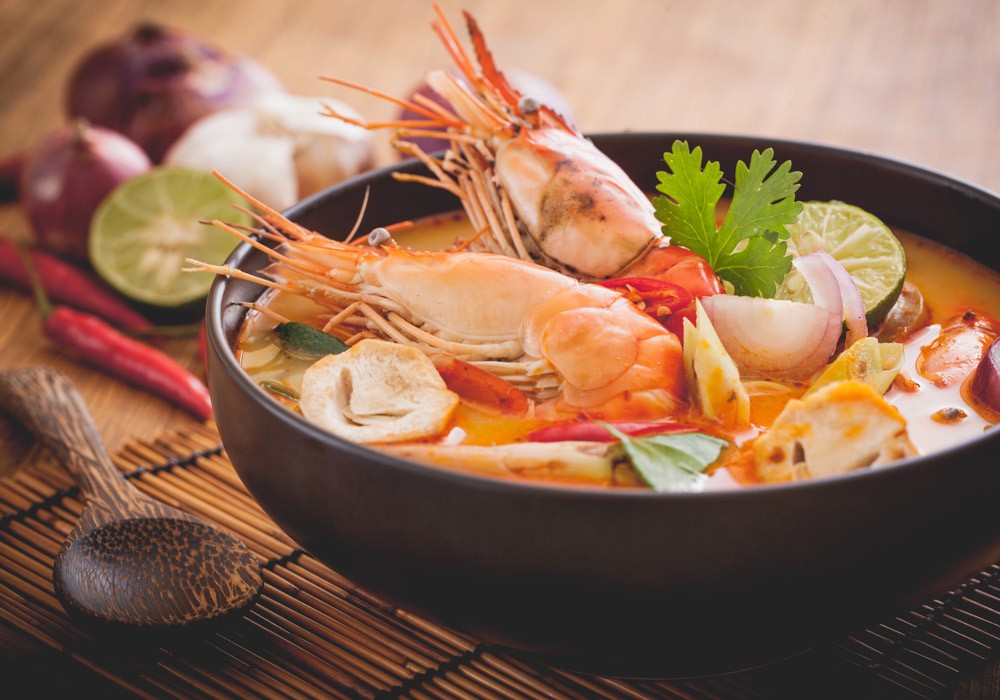 This world-famous soup is a staple of Thai cuisine. It features a fragrant broth made with lemongrass, galangal, kaffir lime leaves, and fish sauce. The soup is traditionally loaded with prawns (goong), mushrooms, and chilies. 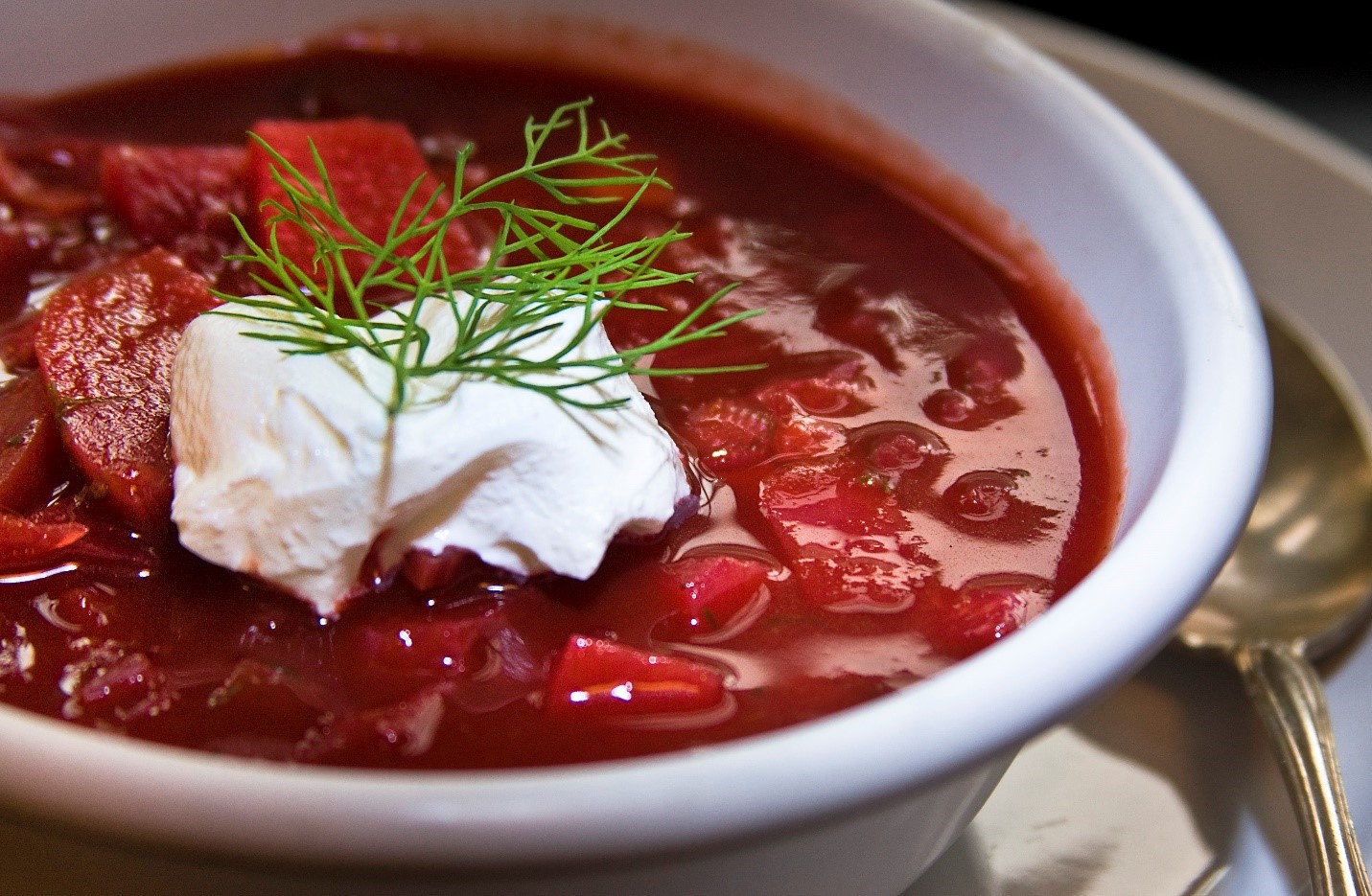 Borscht is a soup that’s popular in many Eastern European countries. It’s typically made with beetroots, but there are many variations of the dish. Some versions include meat, while others are vegetarian or vegan. The soup is often served with a dollop of sour cream or yogurt. 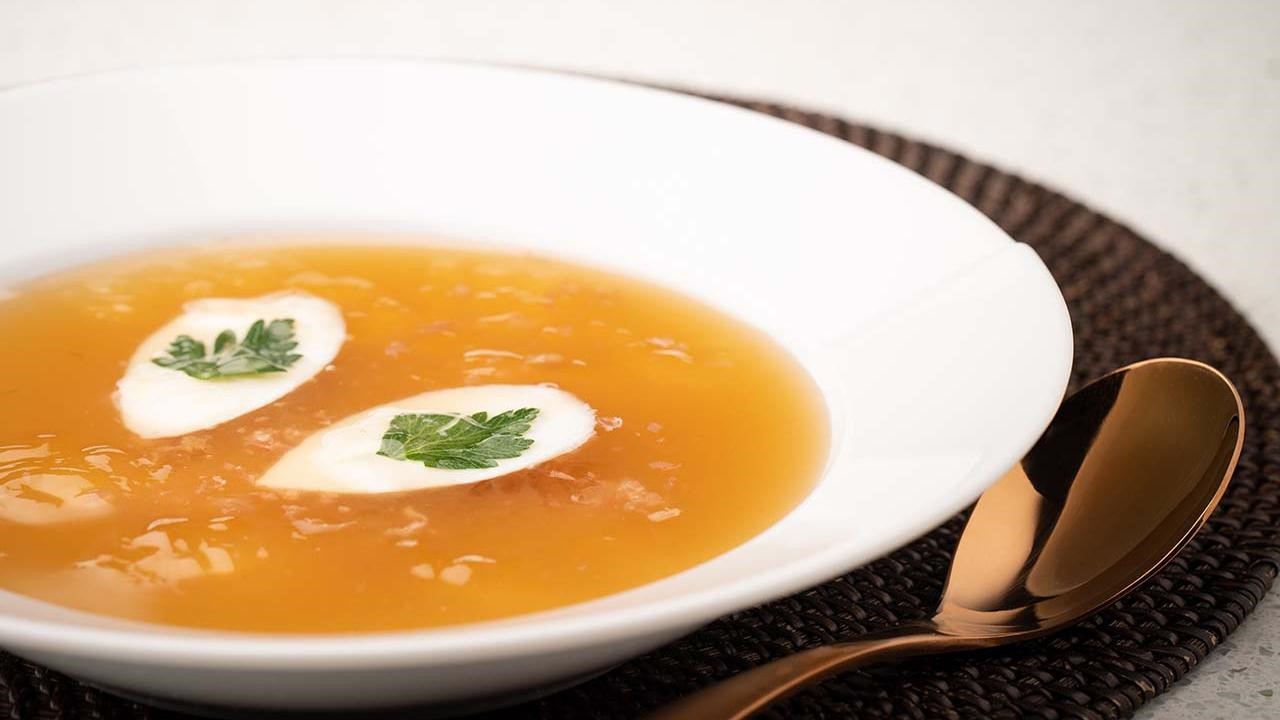 This soup gets its name because it’s made with bird’s nests – specifically, the nests of swiftlets, which are small birds that build their nests out of saliva. The nests are boiled in water to make the broth, and then they’re usually served with chicken or pork. It might not sound too delicious, but it’s a delicacy in many parts. 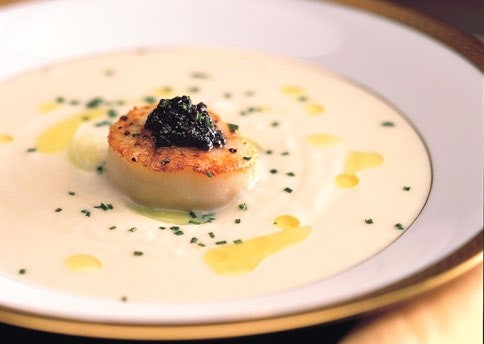 This one is not for the budget-conscious – caviar is one of the most expensive delicacies in the world, after all. But if money is no object, why not give this Russian soup a shot? It’s made with black or red caviar, cream, and sometimes egg yolks, and it’s decadent. 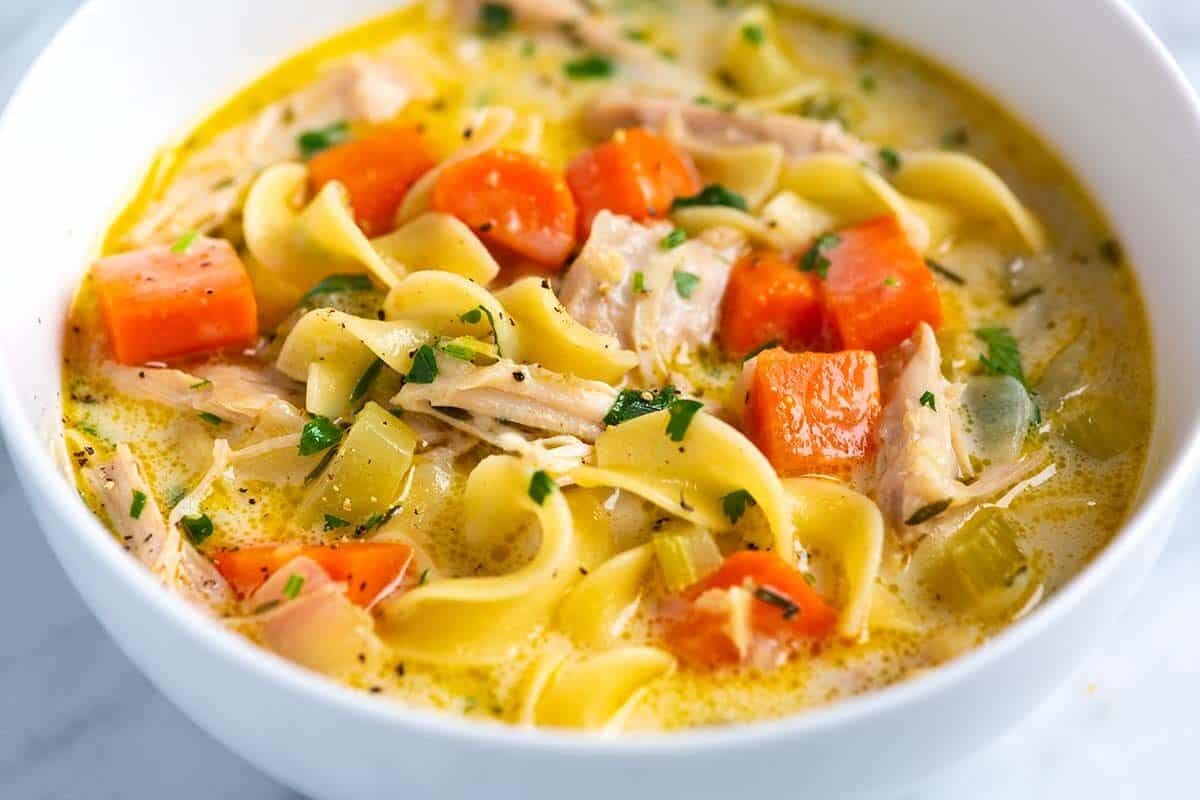 Yes, you read that right – worm soup. This dish is popular in Chinese cuisine, and it’s made with – you guessed it – earthworms. If the thought of eating worms grosses you out, don’t worry. They’re said to be quite tasty, and they’re a good source of protein. Apart from it, you can also check tiger penis soup, Vietnamese blood soup, chicken testicle soup, cow stomach soup, and deer placenta soup. 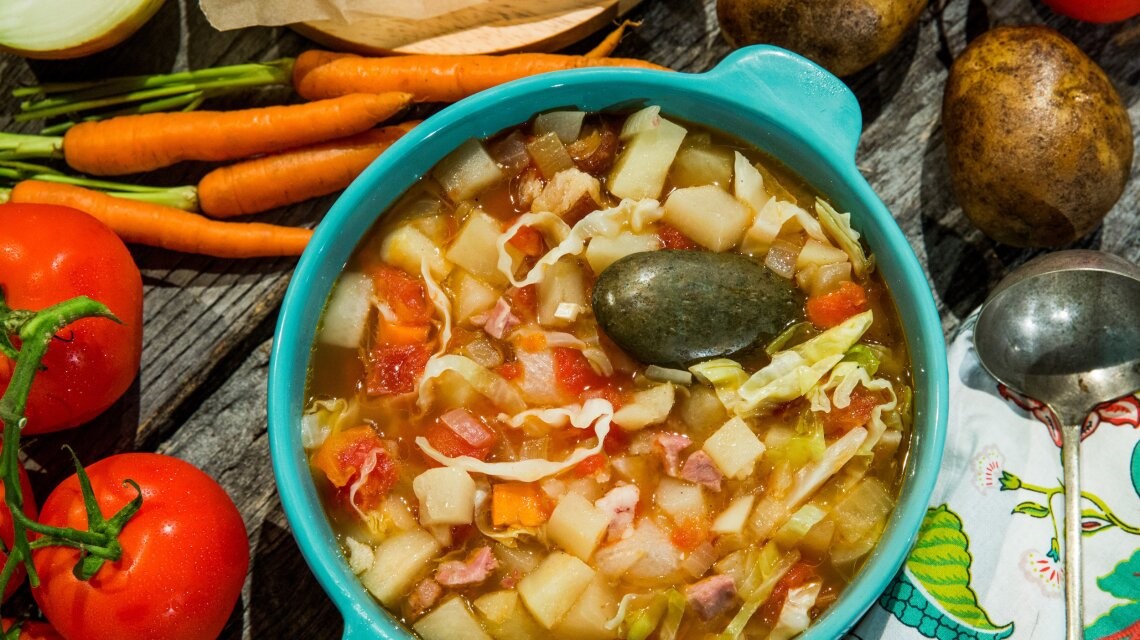 This soup might not sound too strange at first, but the weirdest thing about it is made with stones. Yes, actual stones are boiled in water to make the broth, and then vegetables and meat are added to it. It might sound strange, but it’s quite delicious – and the stones are said to add a unique flavor to the soup. 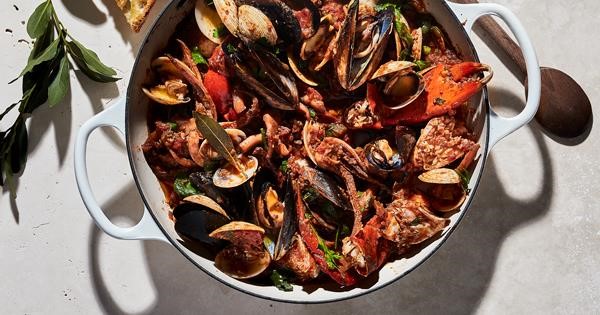 Garum is a fermented fish sauce popular in many Asian cuisines, and it gives this soup its distinct flavor. It’s made with garum, of course, and milk, rice, and sometimes meat or vegetables. It might not be for everyone, but this one is worth trying if you like intense flavors. 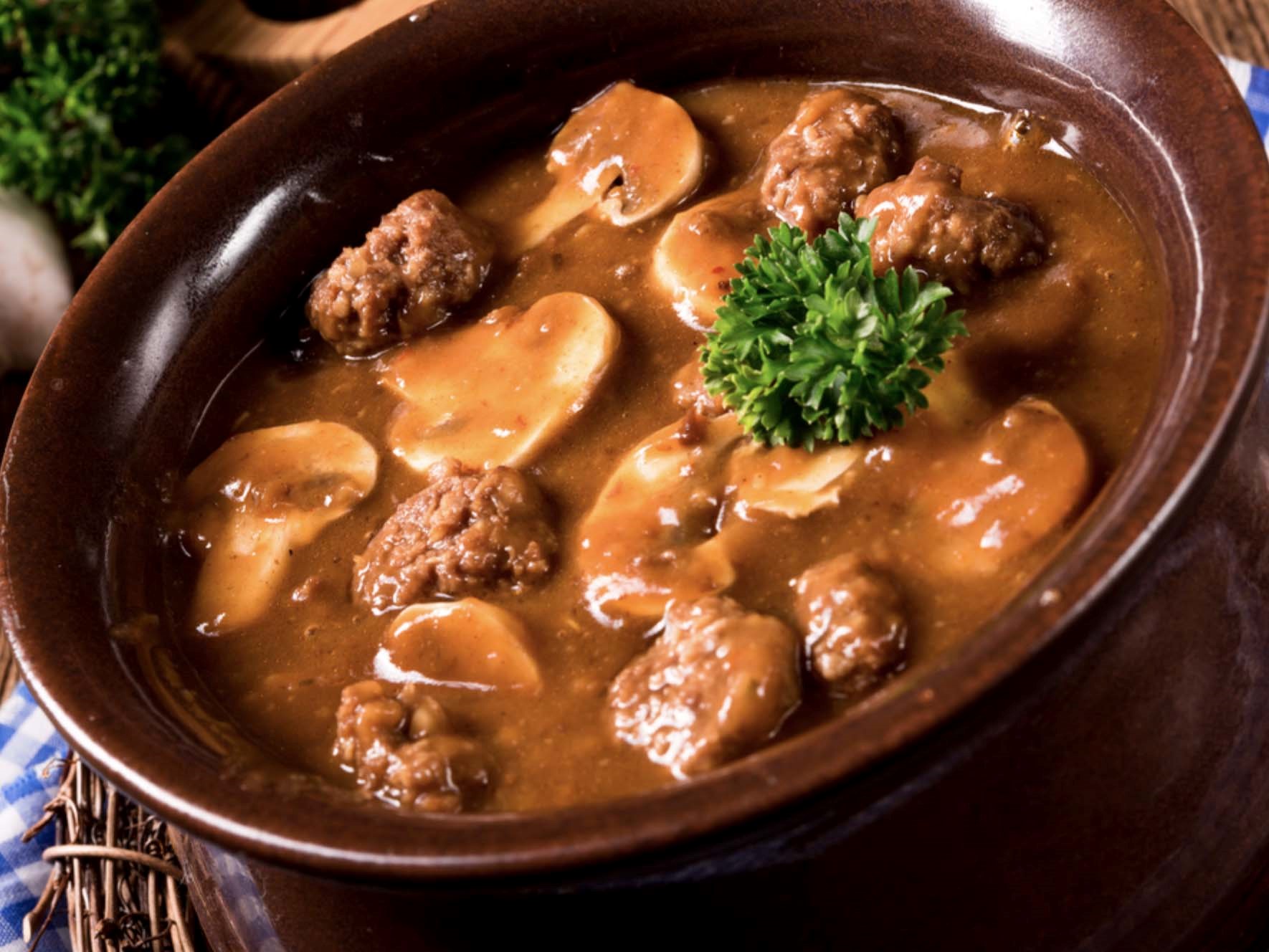 This soup is exactly what it sounds like – it’s made with turtle meat, and it’s popular in many cuisines worldwide, including Chinese, Vietnamese, and Caribbean. It might not be everyone’s cup of tea, but it can be quite delicious if you’re adventurous enough to try it. 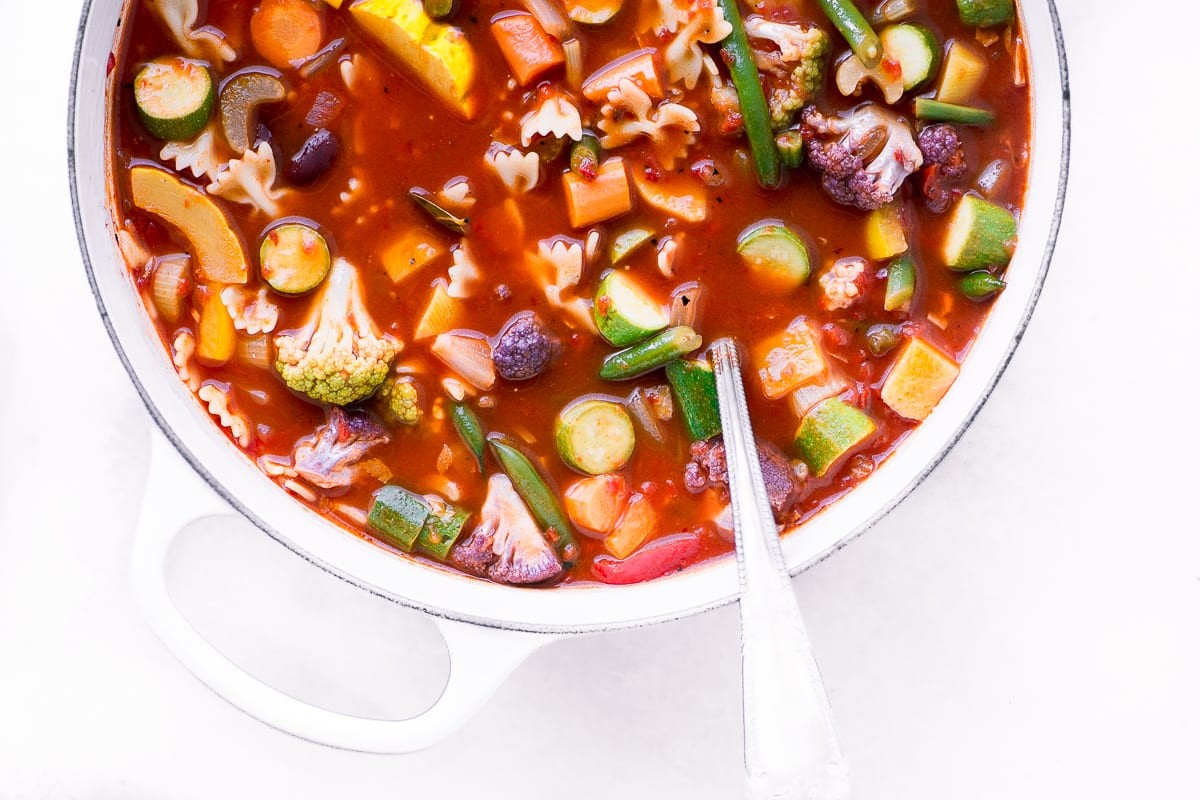 This classic Italian soup is made with various vegetables, including tomatoes, carrots, celery, and beans. It can also include pasta or rice. Minestrone is usually served with a piece of bread on the side. Along with these soups, also try the typical chicken soup or chicken testicles soup if you’re feeling adventurous.

Also Check: Weird Cat Names: Would You Ever Name Your Cat This?

And you might also want to check out: The Weirdest Drinks In The World

If you’re not a picky eater or enjoy trying new and different foods, then these weird soups from around the world are worth checking out. With flavors that range from spicy to sweet, there’s sure to be a soup on this list that will tantalize your taste buds. So what are you waiting for? Start planning your next culinary adventure today.