8 Weirdest Discoveries From Around The World 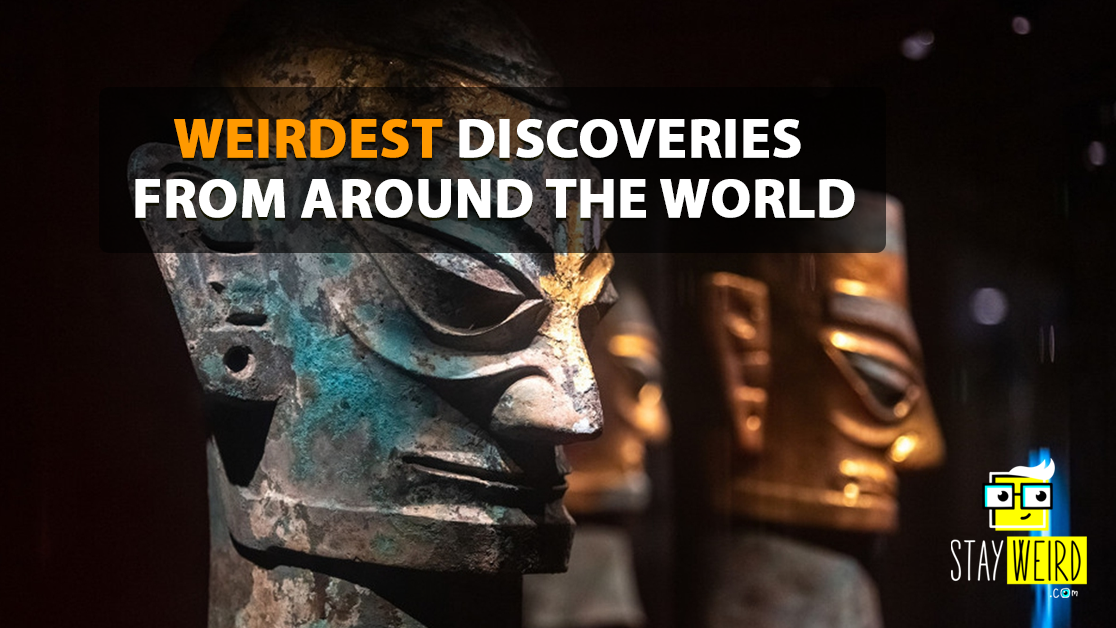 The world is home to some pretty strange things. From odd creatures that live in the depths of the ocean to ancient ruins that have been unearthed, there are plenty of surprises of human history waiting to be discovered. Check out our list of the 8 weirdest discoveries from around the globe. 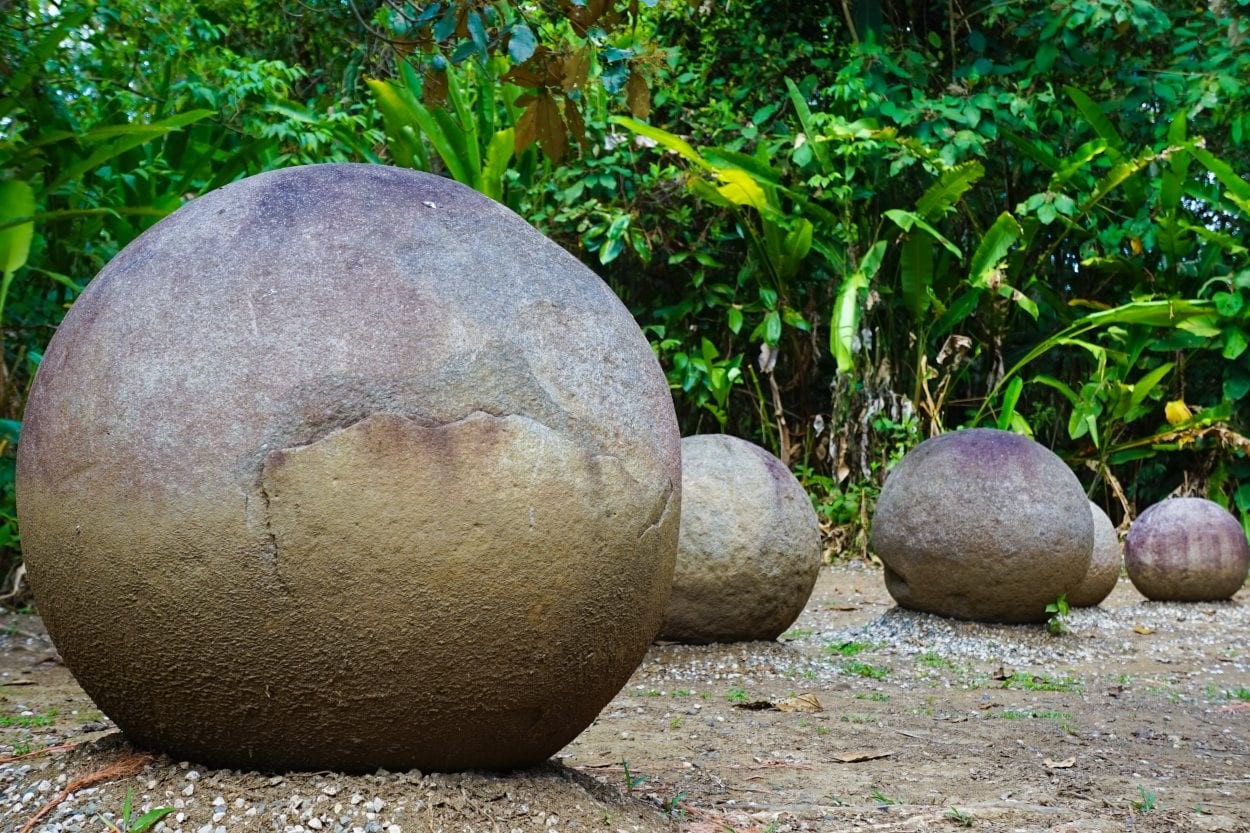 These ancient stones are scattered throughout the Delta’s marshland like small pebbles on a beach. Some weighed as much as 80 tons and were cut by prehispanic cultures to create these strange balls thousands upon millennia ago.

They dot their landscape like islands in time, and the readymade sculptures are not just representative of humanity’s wanderings but also our artistic potential of human ancestors.

The stones were most likely carved using small, uneven bricks. The people who made this work of art probably used more than one stone to shape the perfectly spherical rocks. Also, researchers found that it’s unknown if they had any tools while studying ancient rock carvings like these. 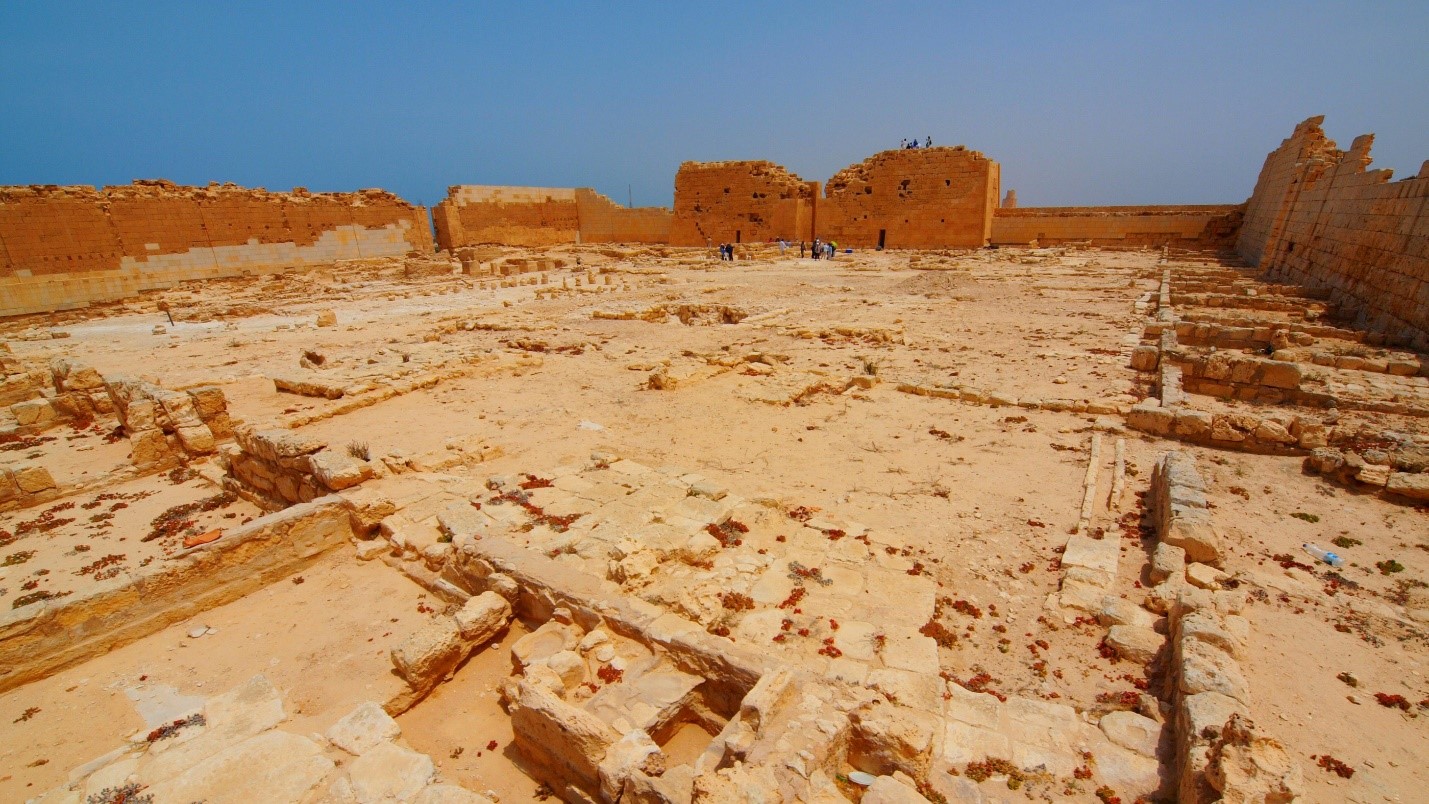 The last ruler of Egypt, Cleopatra VII, was known for her intelligence and beauty. However, one fact about the former queen remains a mystery: where was she buried? Some say that Caesar Augustus ordered her death, while others believe Mark Antony buried his lover with dignity at Alexandria’s bloated Mediterranean Sea shoreline.

Some say that when Cleopatra and Antony were defeated at the Battle of Actium, they both committed suicide. They were then buried together in Egypt with a monument that Plutarch described as lofty and beautiful near a temple for Isis. But, their burial chamber is still a mystery.

When visitors approach Stonehenge, they are struck by how majestic this prehistoric landmark seems to be. The famous stone circle has been consistently ranked among the world’s most beautiful sites.

The construction of this megalithic stone ring was a feat for the primitive people who constructed it, but that’s all archaeologists know for sure. Some people believe that the strange condition is due to astronomical phenomena.

The enduring mystery of Stonehenge has never been solved, and theories about its original purpose range from an astronomical observatory to a religious temple dedicated solely for healing. 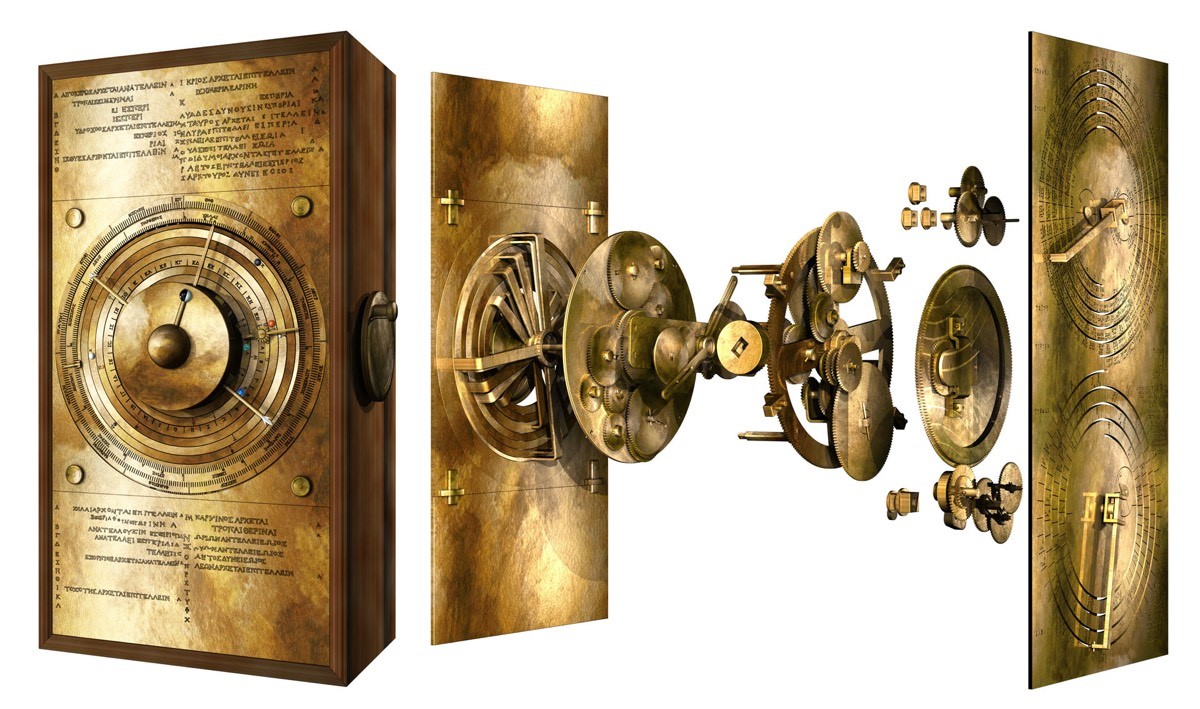 When the Antikythera Mechanism was discovered, scientists were astounded by its complexity. It’s almost like something out of a fantastical treasure movie.

The ancient bronze artifact is a puzzle designers would have loved to figure out. Elegantly intricate and full of mysteries, the design features rolling wheels with interlocked gears that are carved into its exposed faces.

Originally thought to be an astrolabe, researchers have discovered that this device can also function as a highly intricate astronomical calendar. The strangest things from the Stone Age are more sophisticated than any other found before it. It appears in records as being 1,000 years ahead of its time. 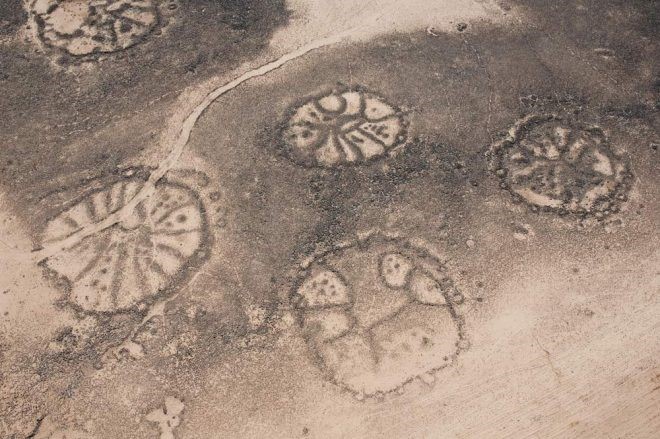 The low stone walls that cross the desert of Israel, Egypt, and Jordan have been a puzzle for archaeologists since their discovery by pilots in the early 20th century. Scientists call these long chains of lines ” kites ” for their appearance from above. They first appeared about 300 B.C. but were abandoned many years ago.

The mystery is somewhat clearer thanks to a recent study claiming that these kites’ purpose was to funnel wild and other animals into an area where they could easily be killed. This efficient system suggests local hunters knew more about their environment than previously thought. Also, it gives us insight into how humans have interacted with wildlife throughout history.

6. Disappearance Of The Sanxingdui 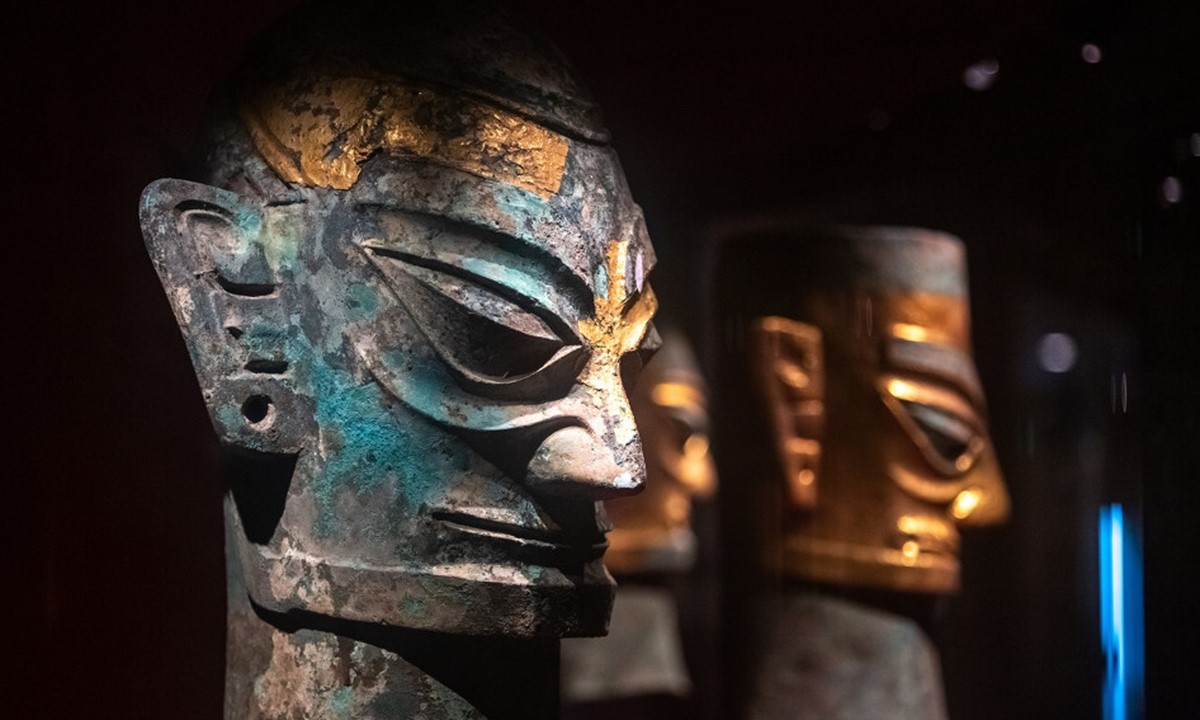 When a man repairing sewage ditches in China’s Sichuan province discovered an ancient treasure trove of jade and stone artifacts, it became one of the most fascinating archaeological finds ever made. In 1986, archaeologists working in the area unveiled two more pits full of Bronze Age treasures, including jade and elephant tusks.

The researchers refer to it as the Sanxingdui civilization. It was a culture that once thrived during ancient times but folded around 2200 years ago. It’s thought to have been caused by members of this group making the artifacts discovered thus far. These findings show how advanced they really were.

But why were they buried? The idea that an earthquake 3,000 years ago may have rerouted the city’s river and caused inhabitants to move is one proposed by researchers at a meeting of the American Geophysical Union in San Francisco in 2014. 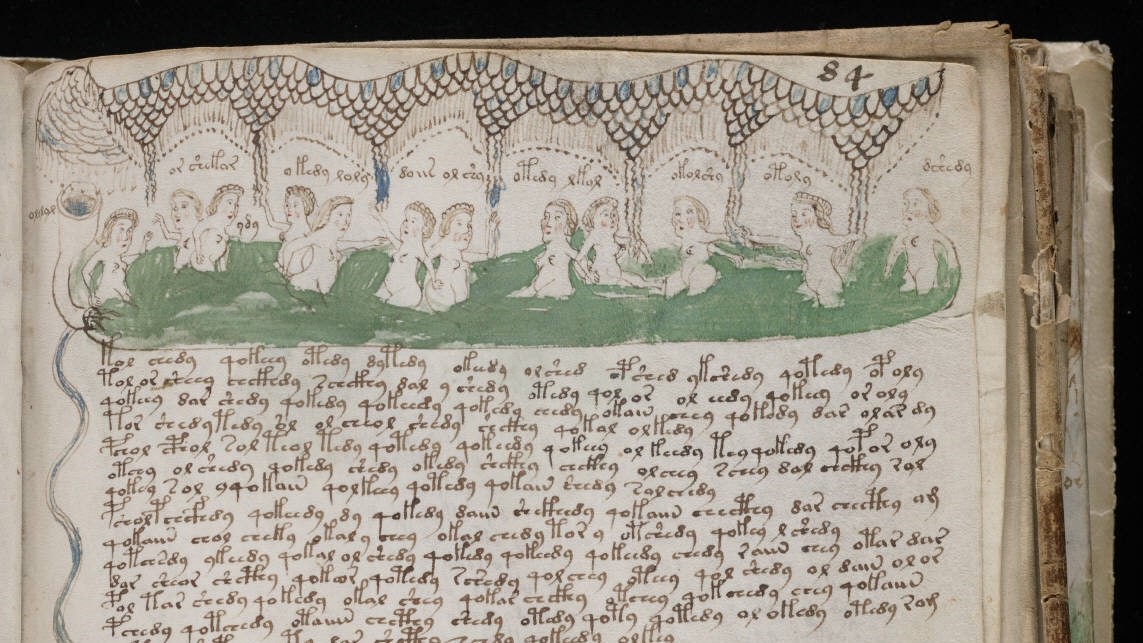 The Voynich manuscript is a 250-page book written in an unknown alphabet and illustrated with images of females, medicinal herbs, or Zodiac signs. It’s one of the most talked-about texts from this century because no one has been able to read it. Discovered by an antique dealer in 1912, these encrypted writing are not clearly understandable yet.

Researchers have discovered what they believe to be the oldest book in North America. This 600-year old text, which is currently on display at Yale University’s Beinecke Rare Book and Manuscript Library, came from Central Europe and dated back before any English colonies existed there.

The book is a strange text that has confounded scholars for centuries. The deciphering process began with the belief it was nothing more than an ancient language. But there are still some who hold out hope in figuring out its language and meaning despite all evidence saying otherwise. It’s one of the scientific discoveries that are still a mystery. 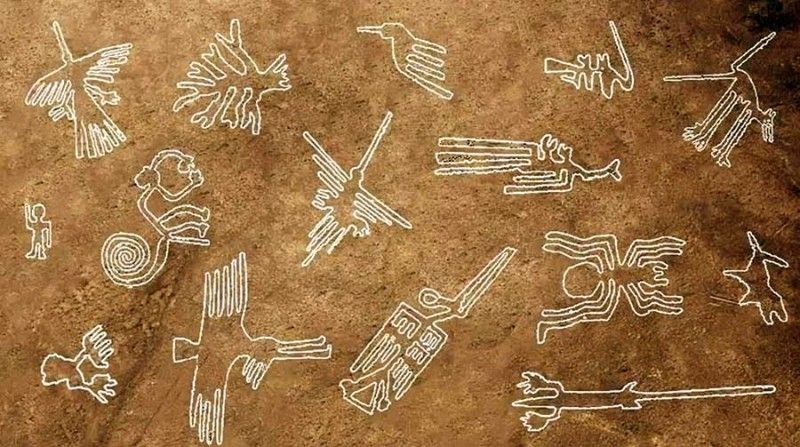 When seen from the ground, Nazca Lines of Peru are nothing spectacular. However, when you fly over them in a commercial aircraft for years, they start to take shape and appear stunningly beautiful with their geometric shapes that change directions every time your perspective changes.

The incredible shapes that dot the desert landscape of Peru were created over 2,000 years ago by people from a pre-Inca Nazca culture. The enormous patterns range from geometric lines to complicated depictions of animals and imaginary figures.

As per archaeologists, the drawing of Nazca lines was likely a ritual communication method with the Peruvian deities. But the reason is still a mystery despite enormous research.

Also Check: 10 Weirdest Festivals From Around The World

We all know that the world is a weird and wonderful place, but sometimes, even more, peculiar things are uncovered. From ancient artifacts to bizarre creatures, we have mentioned some of the strangest discoveries from around the globe. Who knows what else is out there waiting to be found? Let us know your thoughts in the comment section.