Would you Attend One Of These 10 Weirdest Schools on Earth? 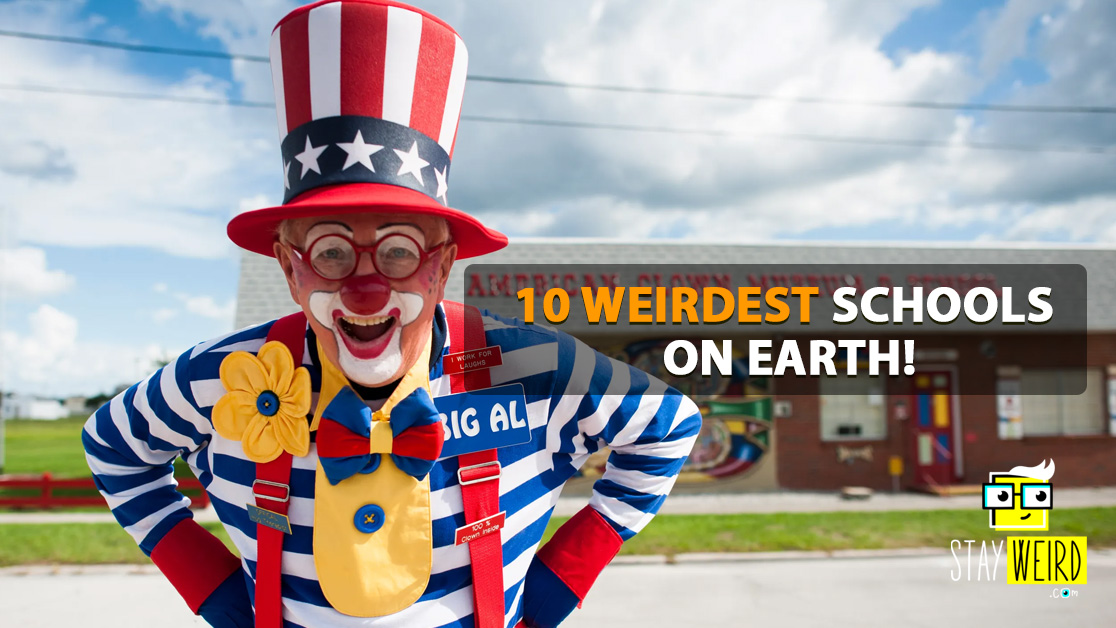 Would you attend a school that is located on an old battleship? Or one where the lessons are conducted in drag? If you’re looking for an unconventional education, then you might want to check out one of the weirdest schools on Earth.

These schools offer unique experiences and memorable learning environments that you won’t find anywhere else. So, if you’re adventurous and curious, then why not try a school that’s a little bit out there? You might be surprised at what you learn. 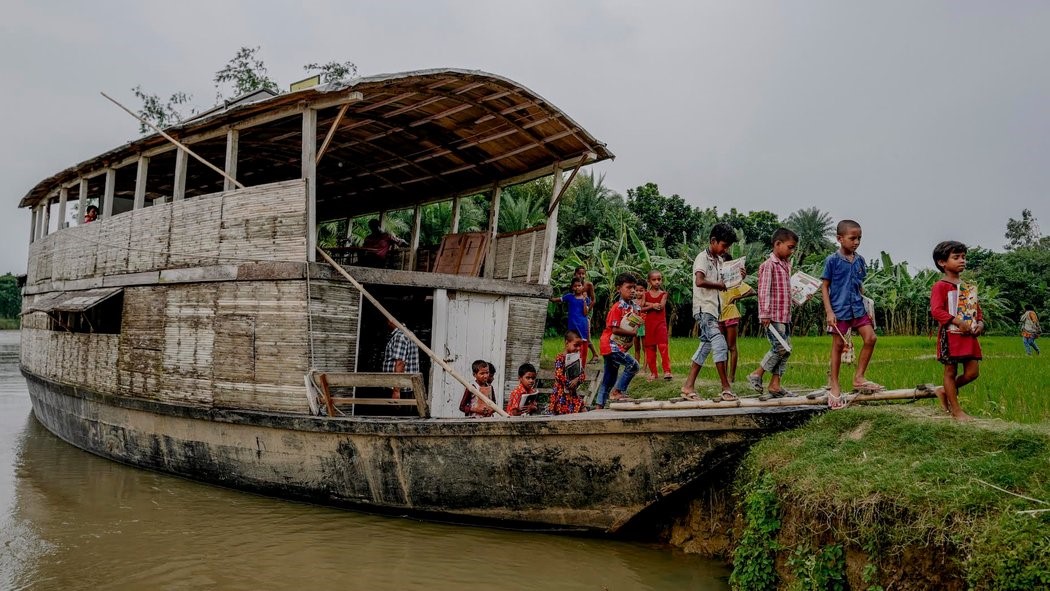 Let’s first talk about not only a single institution for learning but a complete organization. Bangladesh is one of those countries that does not have enough natural resources. The country also faces natural disasters like flooding at least twice annually.

Bangladesh has had to adapt and overcome the situation for children’s education. A local organization named “Shidhulai Swanirvar Sangstha” has taken the initiative to build a chain of schools on boats.

The classrooms have all features similar to any typical one. The education system performs its duties all year round. When any climate change doesn’t impact the country, the floating schools continue functioning. 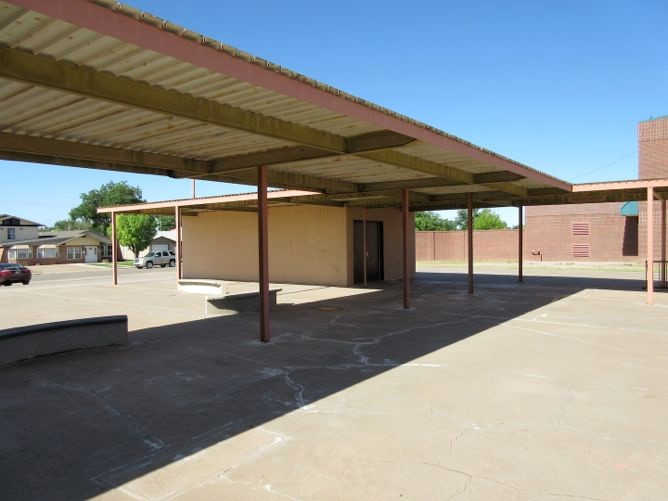 After talking about the blackboard floating on the boats, another on the list is an underground elementary school designed as a fallout shelter during the peak days of the Cold War. This school was feared that it might be a target due to its proximity to the White Sands Missiles and Walker Air force. It is located in the town of Artesia, New Mexico, and looks like a modern school at first glimpse. It also includes a decontamination center and shelter for approximately 2,000 people to take refuge.

The high cost of maintenance, which includes a ventilation system for the mechanical equipment to keep them running, was closed in 1995. Nowadays, it is used as a storage facility. 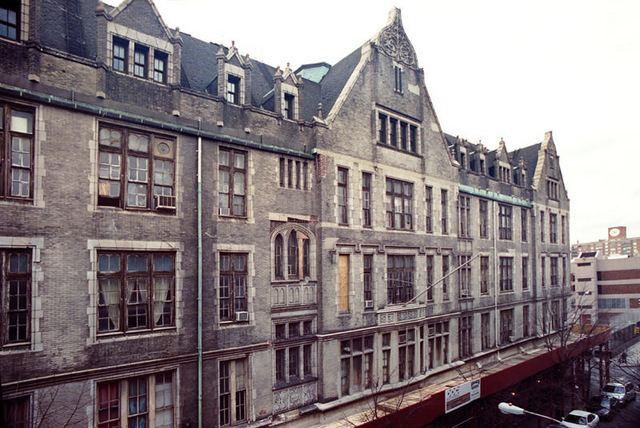 The Witch School based in Salem makes our list of strange schools. Not only is the format of this school unique, but also its curriculum. As the name says, this learning institute provides opportunities for students who want to learn magic and witchcraft. Almost 240,000 have passed out of this course, many are still enrolled to study online as part-time.

Through various programs, Witch School offers in-depth knowledge based on the religious relationships between witchcraft and Christianity. The location of Salem was selected because it is considered Witch-friendly.

Another unique yet valuable school on our list is Forest Kindergartens. These schools focus on experiential learning instead of typical ones. You can find numerous outdoor schools all around Europe. The purpose behind these is that your kids can quickly get in touch with their surroundings and learn through nature.

The Forest Kindergarten schools usually take children between three to six years old. Kids learn through building things by using materials available in the forest. This is the best way for a kid to learn new things. Isn’t it? 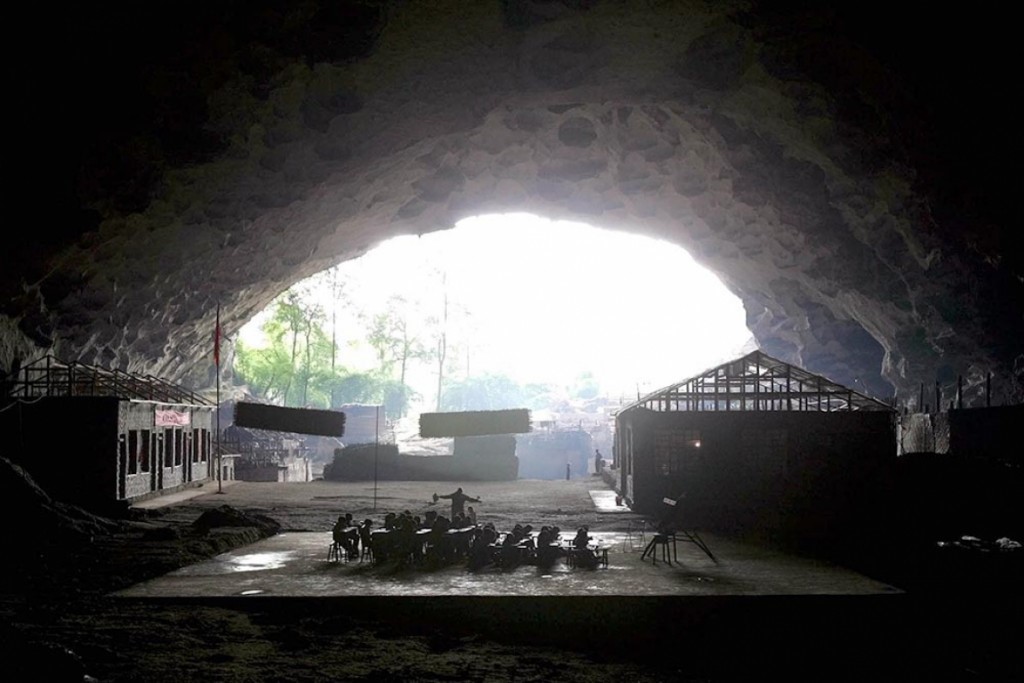 Now let’s talk about the student studying beneath the rocky overhang in Zhongdong in Mayo village China. The west has numerous modern schools designed in an open cave style with high ceilings. But you’ll never find any school literally under the cave in European countries—the Guizhou region where Mayo is the poorest province in the whole country.

To overcome the situation and give education to their kids, the locals founded Dongzhong. The only cave school has six classes with 200 students enrolled. Children from other villages were also being benefited in the past. However, the school was closed in 2011 because of the Chinese authority’s intervention. 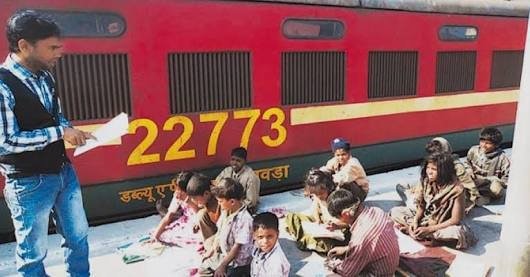 We have seen many examples of useless places being used for various purposes, but have you ever heard that a train station could be used as a learning institute? Yes, it is possible. You can see Bhubaneswar Railway Station as an example. The initiative was taken by the Ruchika Social Service Organization in India to establish train platform schools.

This was to educate the children of underprivileged areas across the railway station in Odisha. Not only the organization offers educational services, but it also provides medical care, supplementary nutrition, and consultation services for remaining families. Also, guide mainstream education. 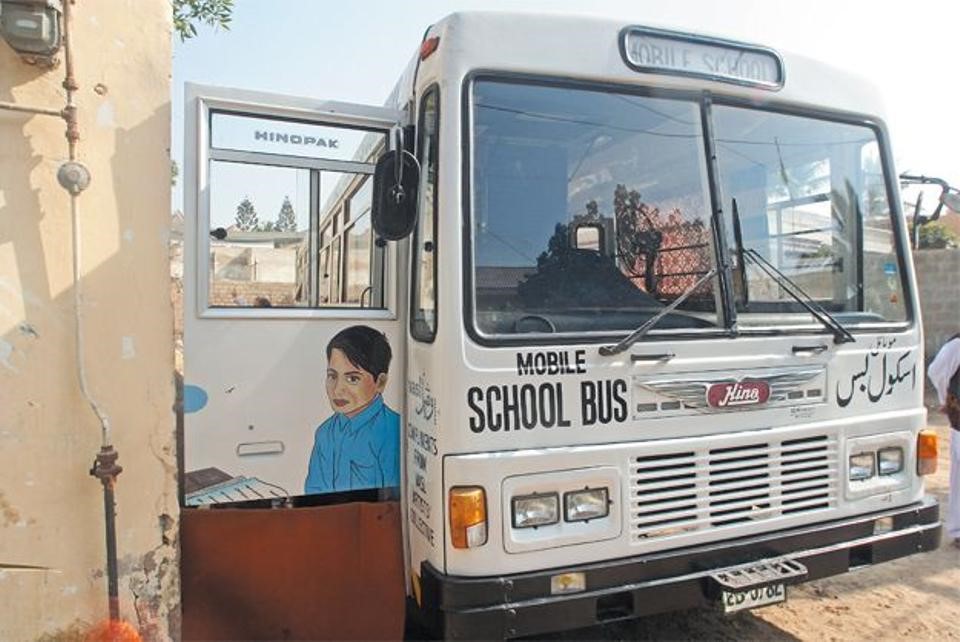 A nonprofit organization in Karachi, the Citizens Education Development Foundation has been serving in education to achieve its goals since 1973. The bus roams around the neighborhoods in shifts providing two hours to about 160 students daily. The organization also offers tuition services for the age of five to fourteen years old students so when the student applies for mainstream education. He should have enough knowledge.

The CEDF has no other source of income rather than voluntary contributions on which they have to pay salaries to staff. The project has to struggle a lot in reaching more learners. They don’t have to pay electricity and water supplies bills, but still, they need human resources and key support. 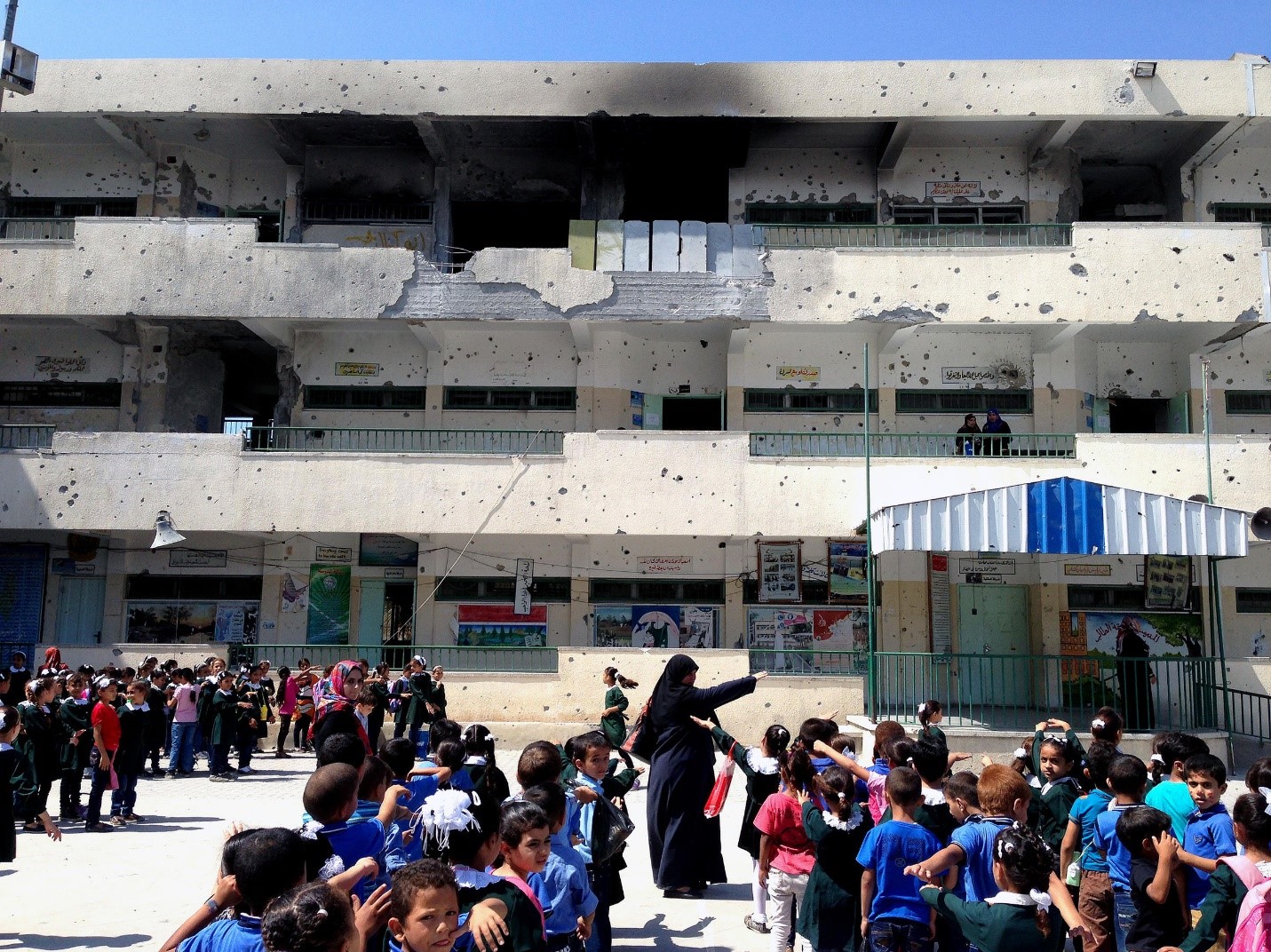 As we all know, the Gaza strip is a place where we often see in the news that military operations are going on. Bombshells damage numerous civil properties, including school buildings. Despite the situation, many children still want to complete their education. They are ready to learn sitting and get an education in damaged buildings for their better futures. 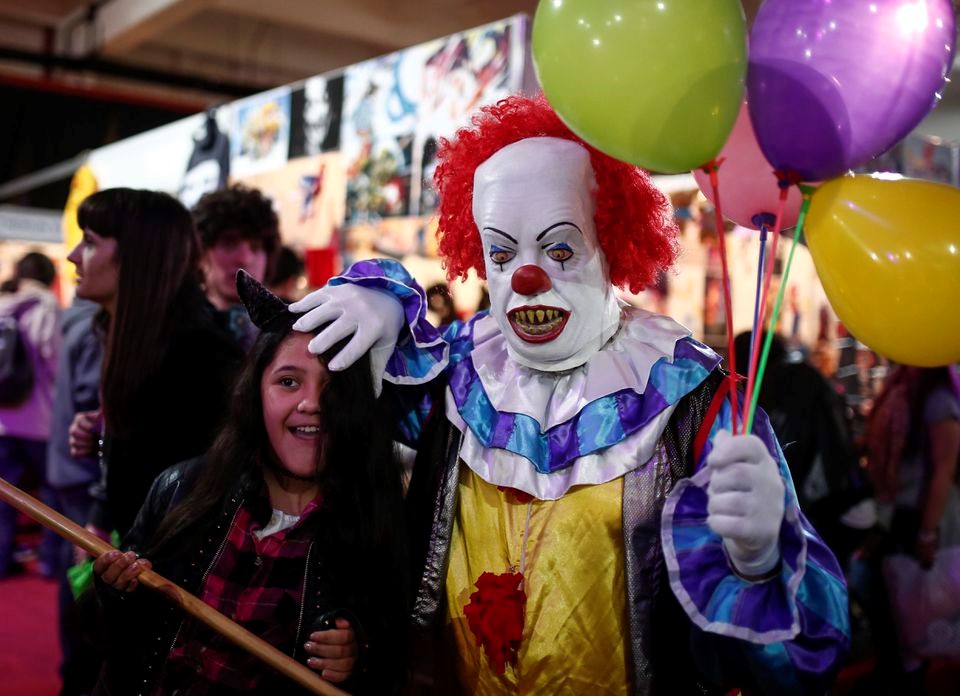 There are few schools in the world that can match the Ohio College of Clown Arts when it comes to teaching aspiring clowns the ropes. This institution takes clowning seriously, offering both theoretical and practical training that will give you the skills you need to make people laugh. The thirty-week course is intensive but it’s worth it if you want to make a career out of being a clown. With a diploma from the Ohio College of Clown Arts, you’ll be able to pursue your dream job with confidence. So if you’re looking for a funny school that will help you become a successful clown, look no further than this college.

Also Check: 9 Weirdest Berries From All Around The World

We have tried to enlist all the strange learning institutes all around the globe. Some of them are born in a time of need such as Abo elementary school came into existence during the Cold War days. A few like the Bangladesh boat school built after natural disasters, whereas some are just wacky like a Witch School in Salem. Also, the Brooklyn free school, Elf school, and Harvey milk high school are some of the best unusual schools to check.