9 Weirdest Berries From All Around The World 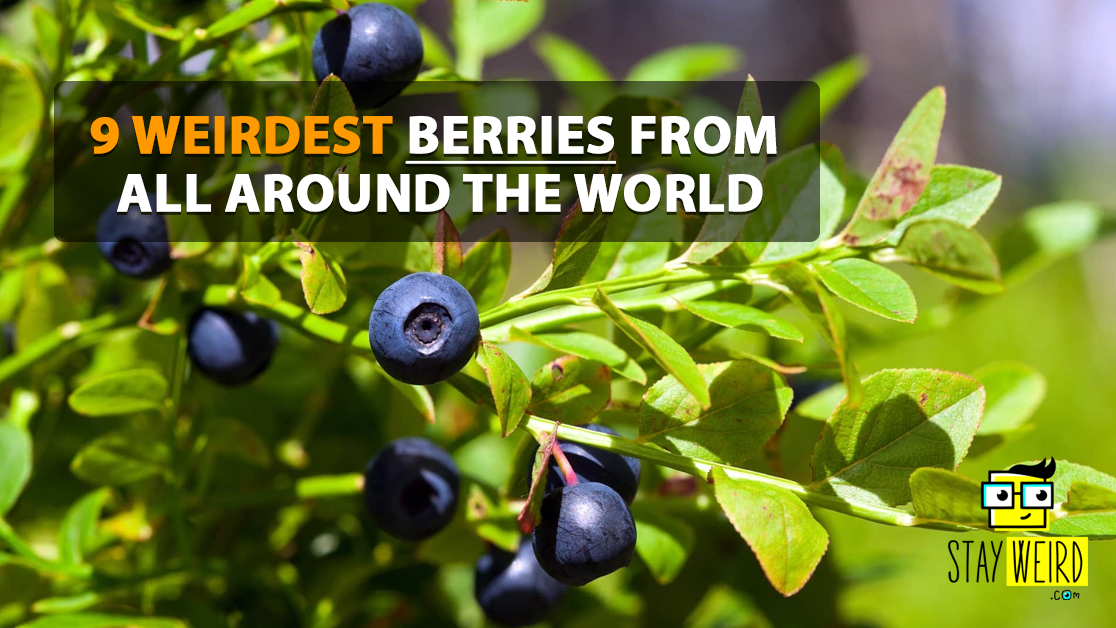 We all know and love berries. Whether it’s a sweet strawberry or a tart raspberry, these little fruits are packed with flavor. But have you ever wondered what some of the weirdest berries from around the world taste like? Here are 10 of the most bizarre berries that you’ll never believe exist. 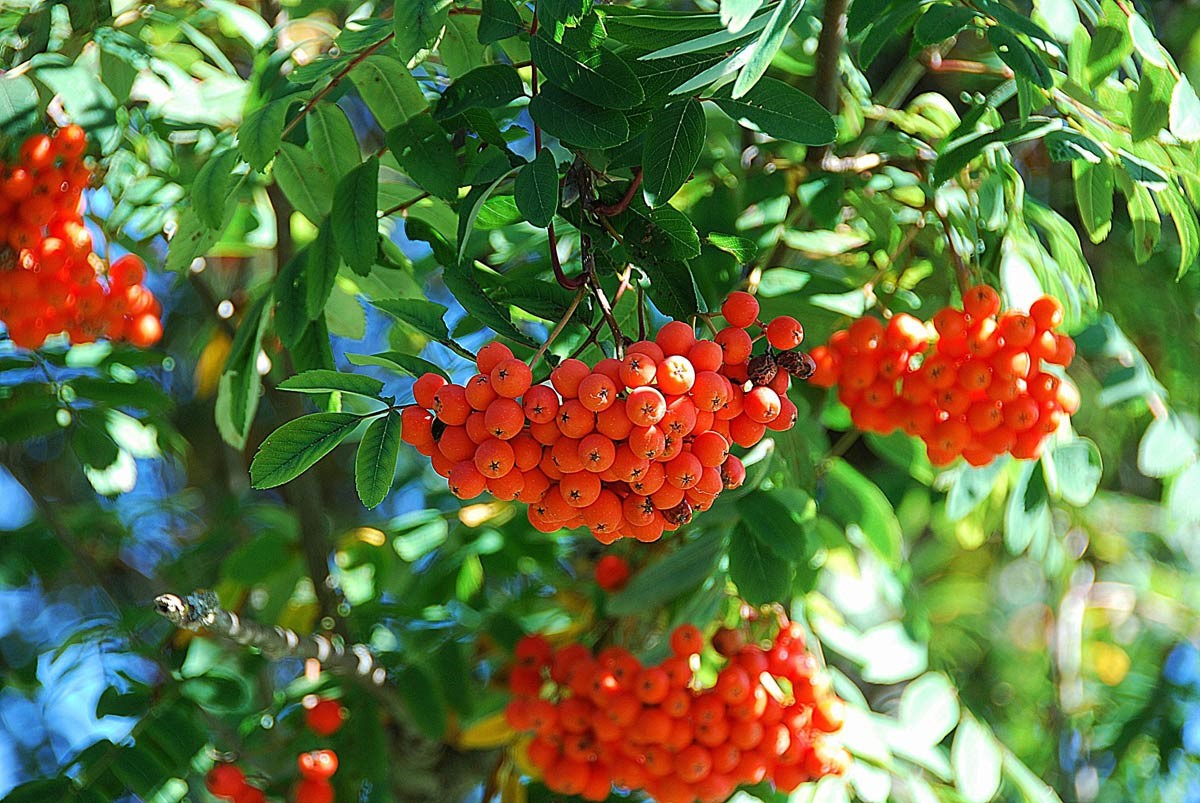 Rowan berries are tiny, orange-colored with a white flower growing in an umbel. They have a weird bitter taste when eaten raw. The trees can be easily found along highways and parks.  They tend to grow in a cold climate and are harvested in October. The barriers are usually smaller in size than blueberry.

They are highly notorious and contain a high vitamin C, tannins, and dietary fibers. It would not be suitable to eat these berries raw because they may affect your health. However, once processed, they help enhance digestion prevent cancer and other bacterial infections.

It contains a high level of parasorbic acid, which causes diuretic and astringent. The recipe you can make with these berries is ‘Rowan jelly,’ It came out delicious, so you can easily eat snacks. 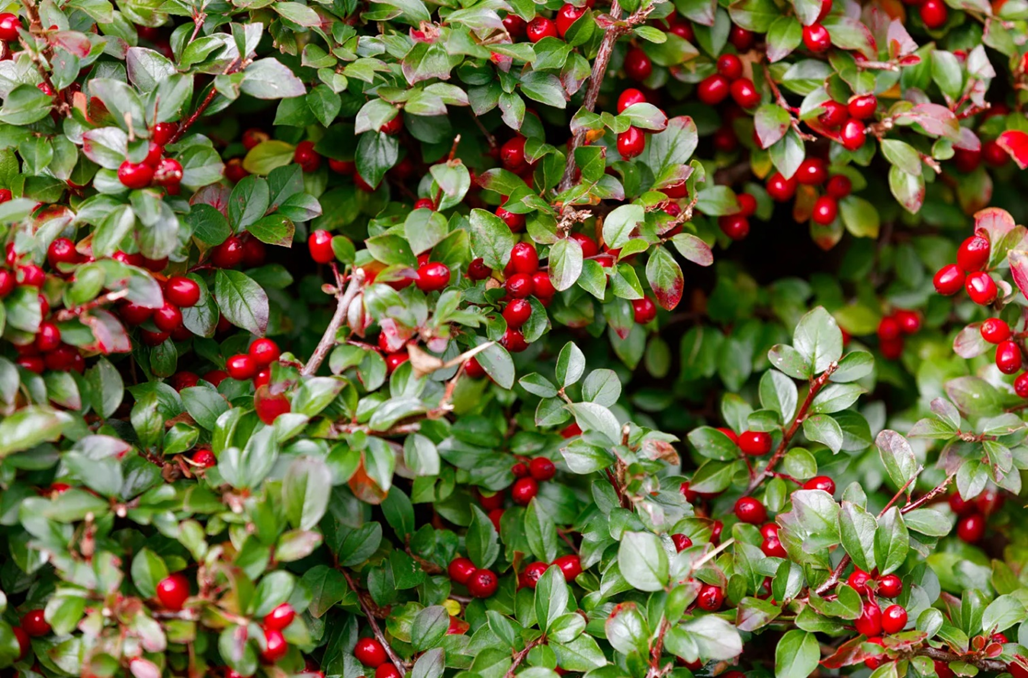 Checker berries are also known as eastern teaberries, box berries, or American wintergreen. These berries are red-colored with white and pink bell-shaped flowers that look spectacular. They are natives of the US, Canada, and England. Checker berries are usually ripened in late autumn or early winter.

You can use them both as raw or cooked. Their taste is madly sweet. Check berry leaves are excessively used in North American India to cure aches. Berries itself has analgesic and anti-inflammatory properties.

The leaves and branches of its plant can also be used to make herbal tea known as Mountain Tea. So, checker berries provide are wholesome fruit with a lot of benefits.

These berries are a slight, deep red color with a raspberry aroma. They are named after James Harvey Logan, who created this hybrid plant. They’re an unusual hybrid of blackberry and raspberry that taste sweet when grown. These berries are mostly ripened in summer.

Once ripen, you should eat them immediately or refrigerate them for 3-5 days.  Logan barriers-built body immunity and are a high source of manganese, iron, vitamins E and K. the British Navy gave their sailors these barriers as a preventative measure against scurvy.

They are added to garden salads, ice creams, smoothies, and cocktails. You can also cook delicious deserts with these berries like jellies, pastries, and cakes. 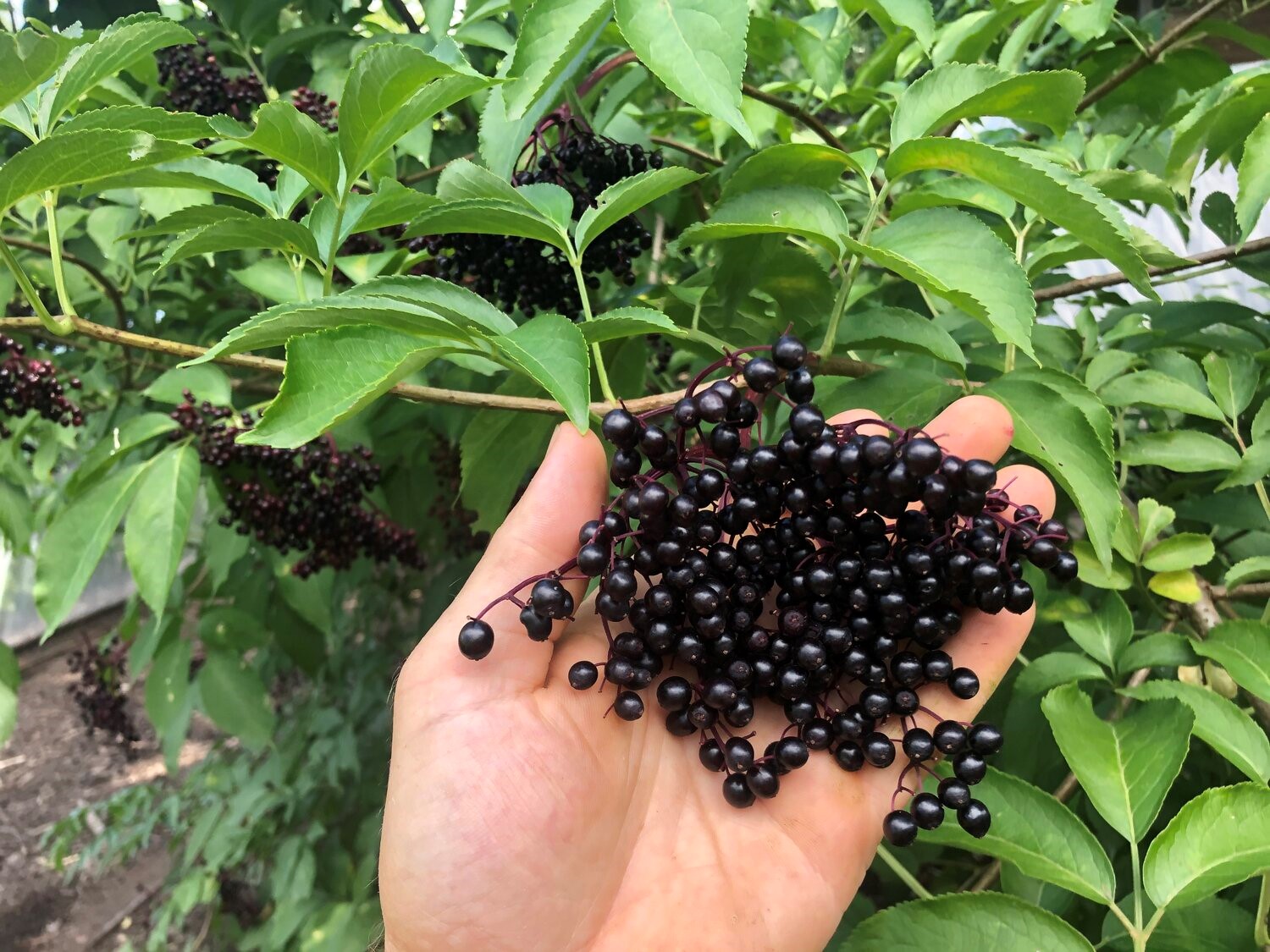 The history of elderberry wine in England and Eastern Europe is hundred years ago. It was used for the treatment of the common cold and flu. People say it is nature’s versatile solution for all your ailments.  Elderberries are pretty small, purple-black colored with an unusual sweet-tart taste.

They are natives of the entire US and northern parts of Canada. These barriers have been used in medicine for centuries. The barriers and flowers of this fruit are highly rich in vitamins and antioxidants, which boost the immune system.

Besides medicine, you can also use them in recipes with other fruits.  Their blend with other berries in pies and other deserts creates magic in taste. 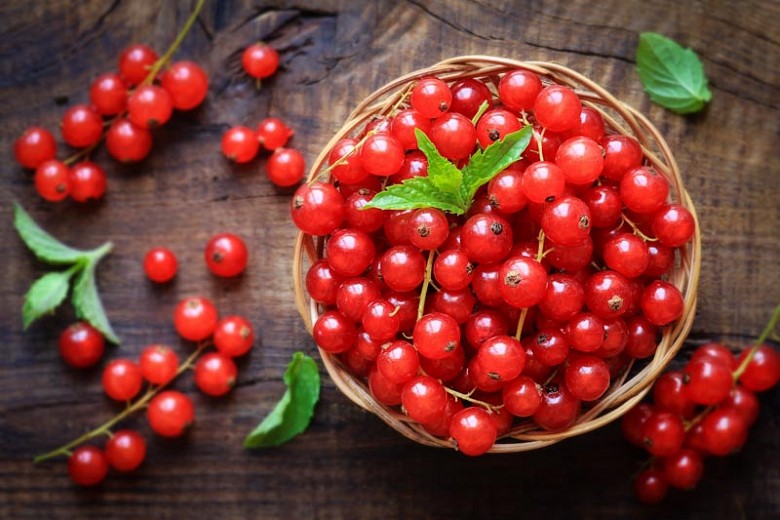 Red currants berries belong to the Grossulariaceae family and are classified as Ribes rubrum and R. sativum in botany. They are red pearl-sized berries with elongated strands. Because of their high antioxidant capacity, they are also called super fruits.

They’re weird due to their distinctive color when comparing other species that are white currant, black currant, and gooseberry. They ripen in early summer when they are red, slightly soft, and juicy.

Their taste is sweet and sour. Red currants berry can be considered a good friend of beauty-conscious people as it is used cosmetically in facemasks for the firmness and glow of the skin. Red currants with a bowl of oatmeal are perfect for an iron-rich breakfast. 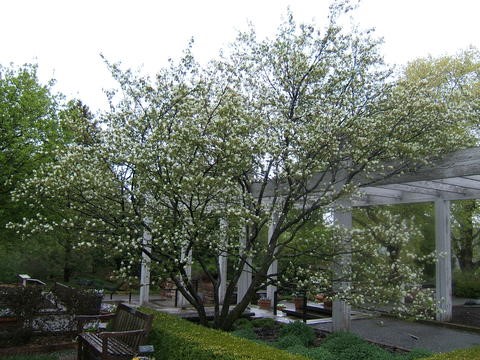 Serviceberries are also known as Saskatoon berries, had berries, and Juneberries. They are known as Juneberries in some parts of the world because they are ripened in June. The fruit looks like blueberries but is slightly larger with deep purple color. Their taste is sweet.

It is a dual-purpose plant. It is grown for ornamental reasons, but the weird thing is that many people don’t know that they are also edible. Serviceberries may be eaten fresh, cooked, and dried. Like other berries, these berries are also a rich source of manganese, magnesium, iron, and calcium.

They provide strength to muscles reduce the risk of cancer and heart diseases.  Serviceberries are natives of Canada, the US, and America. 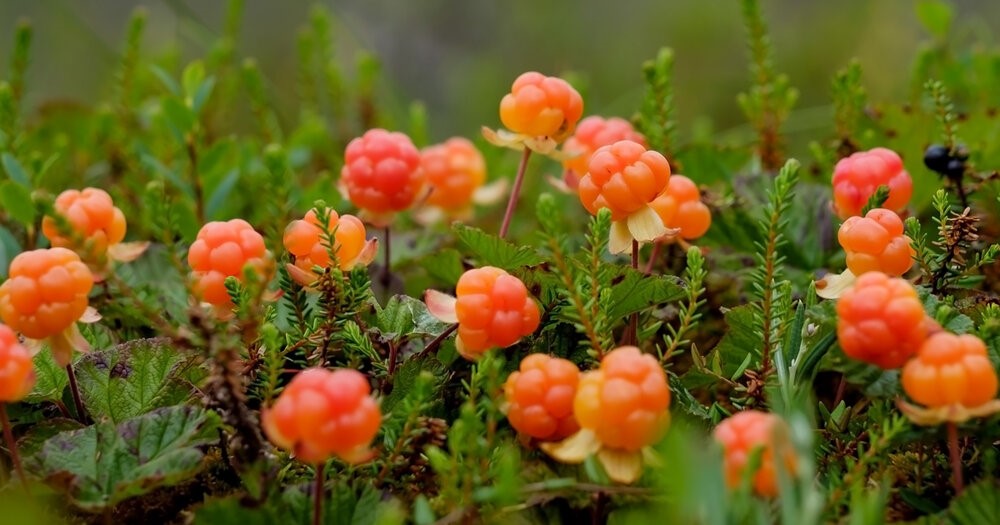 History of cloudberries states back to Viking times when they took these preserved berries on the voyage with the belief that it could prevent scurvy (a disease caused by a deficiency of vitamin C). these berries are native to Russia, Canada and US.

They are infrequent and are found in the mountains, and from there, they got named ‘cloud berries’ because they grow up in the clouds. Cloudberries taste tart and have a musky odor. Because they are so rare, they are also pricey relative to other berries.

They contain high levels of vitamin C and iron, which help better blood circulation and reduce the chance of developing anemia. 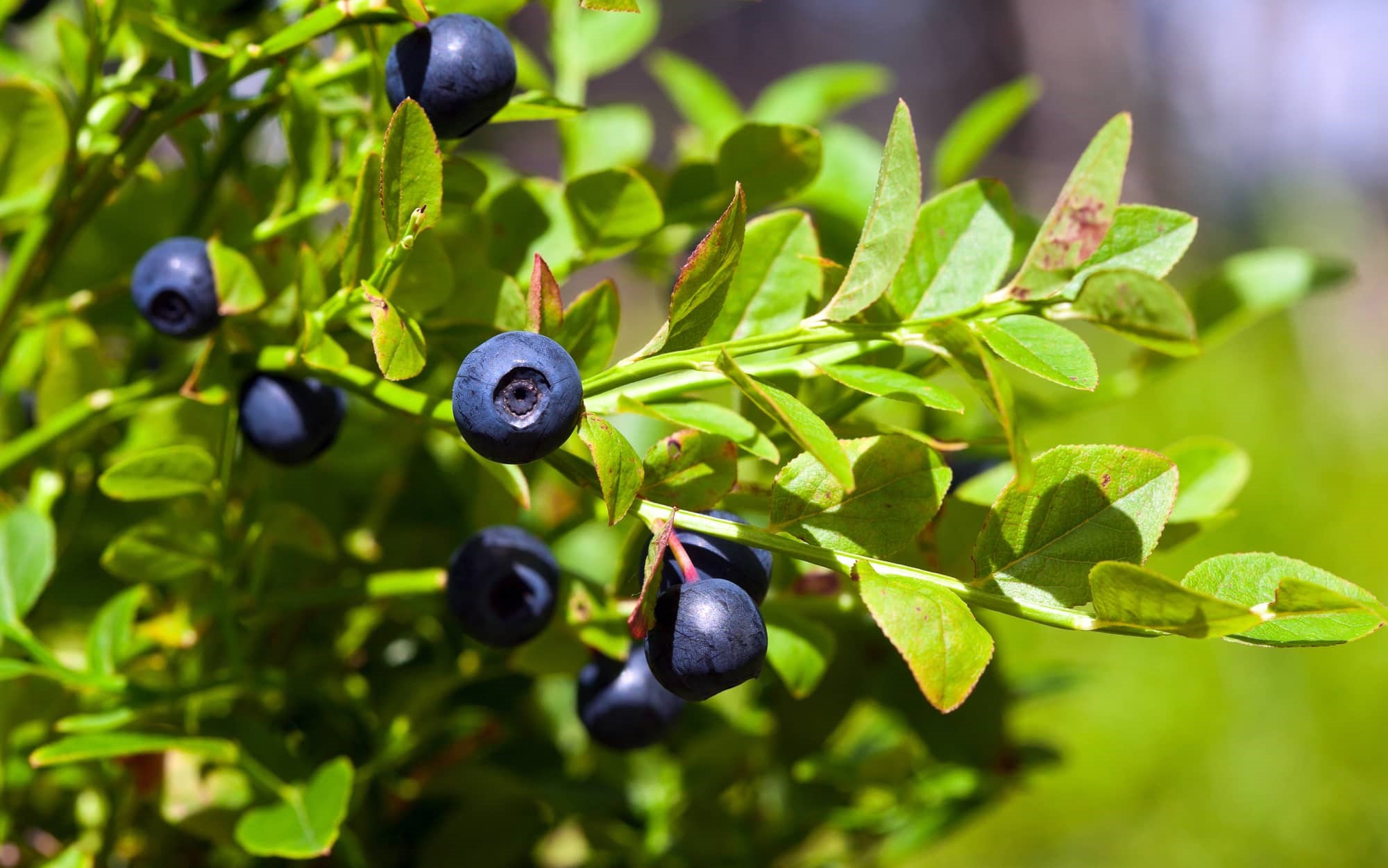 Bilberry’s scientific name is “Vaccinium myrtillus’ and its also commonly known as the European blueberry, whortleberry, and huckleberry. They are bluish-black berry, native to northern areas of Europe, Asia, and Canada. These barriers are often confused with Blueberry, but an easy way to differentiate is that fruit pulp is red, whereas blueberries fruit pulp is light green.

Their taste is sweet and tart, like apples and grapes.  They can be used both as food and for medicinal purposes. During World War II, British pilots used bilberry jams to strengthen their night vision.

So, they are used as a dietary supplement for night vision, cataracts, and atherosclerosis (thickening or hardening of arteries). These berries can be eaten as raw or processed, but their leaves could be harmful when taken orally for an extended period. 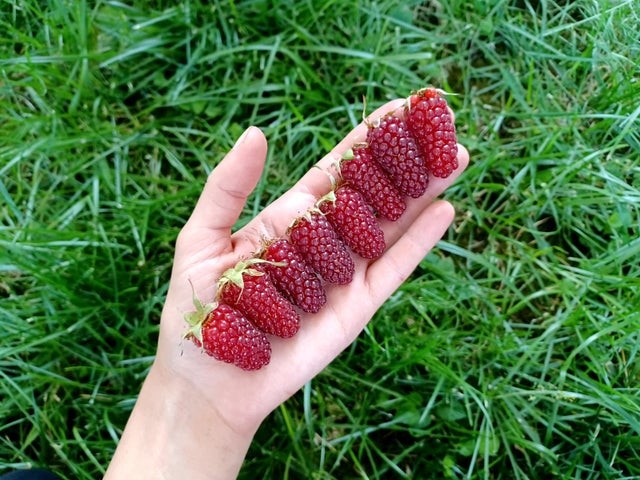 Tay berry, like loganberry, is also an unusual hybrid of red raspberry and blackberry and is named after the River Tay in Scotland. It’s cone-shaped, dark-colored fruit with a sweet aroma. Tay berries are harvested in summer.

Their taste is like raspberries but is slightly sweeter. Like any other berry, Tayberry is also rich in health benefits. It repairs body cells cures diarrhea and gum problems.

Also Check: 10 Weird Places In The World, Would You Visit?

From the tiny Rowan berries of Los Angeles to the rainforest floors of South America, these ten weirdest berries are sure to make your taste buds tingle. With flavors ranging from fruity and sweet to sour and tangy, there’s a berry for everyone out there waiting to be discovered. Also, there are some like the national fruit of Jamaica that’re deadly. So what are you waiting for? Get out there and explore the world’s most unusual berries.