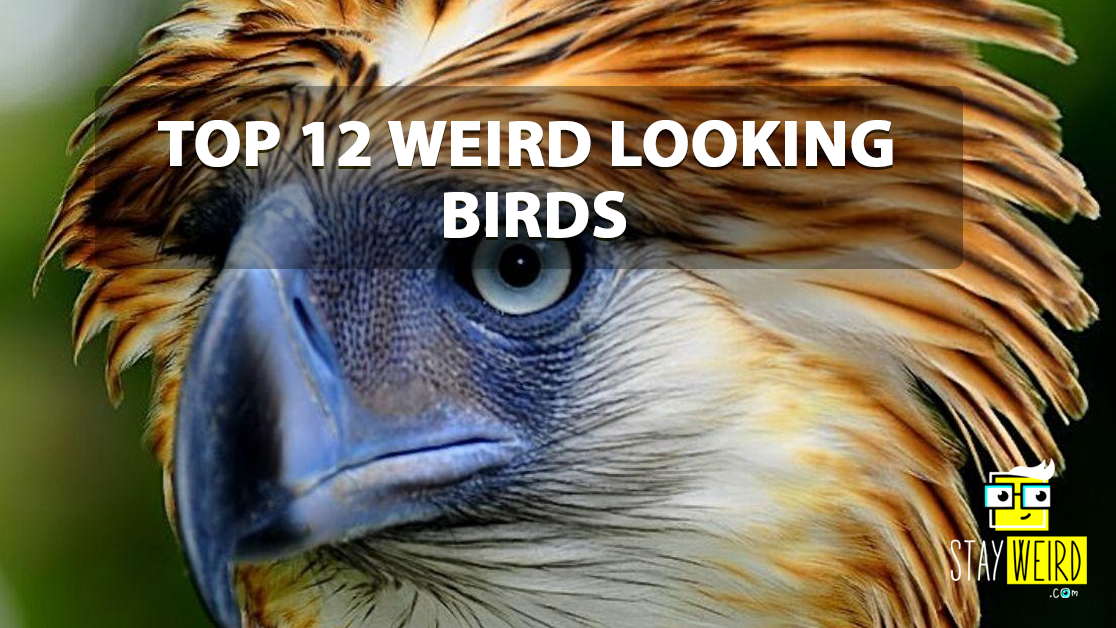 Land animals are pretty weird, and we all know it, but the situation is not subtle for the birds either because they are not coming slowly in being weird either.

You might not expect the cute little bird species to be weird, but as it turns out, some of them do look pretty unusual.

These weird-looking birds will not only blow your mind but will also make you wonder why exactly were you not aware of how weird birds could be. We are getting into it now, so keep reading.

Top 12 Weirdest Birds in the World

We are bringing the top 12 weirdest birds in the world for you because these birds deserve a lot of attention so, let’s give them what they need and start digging: 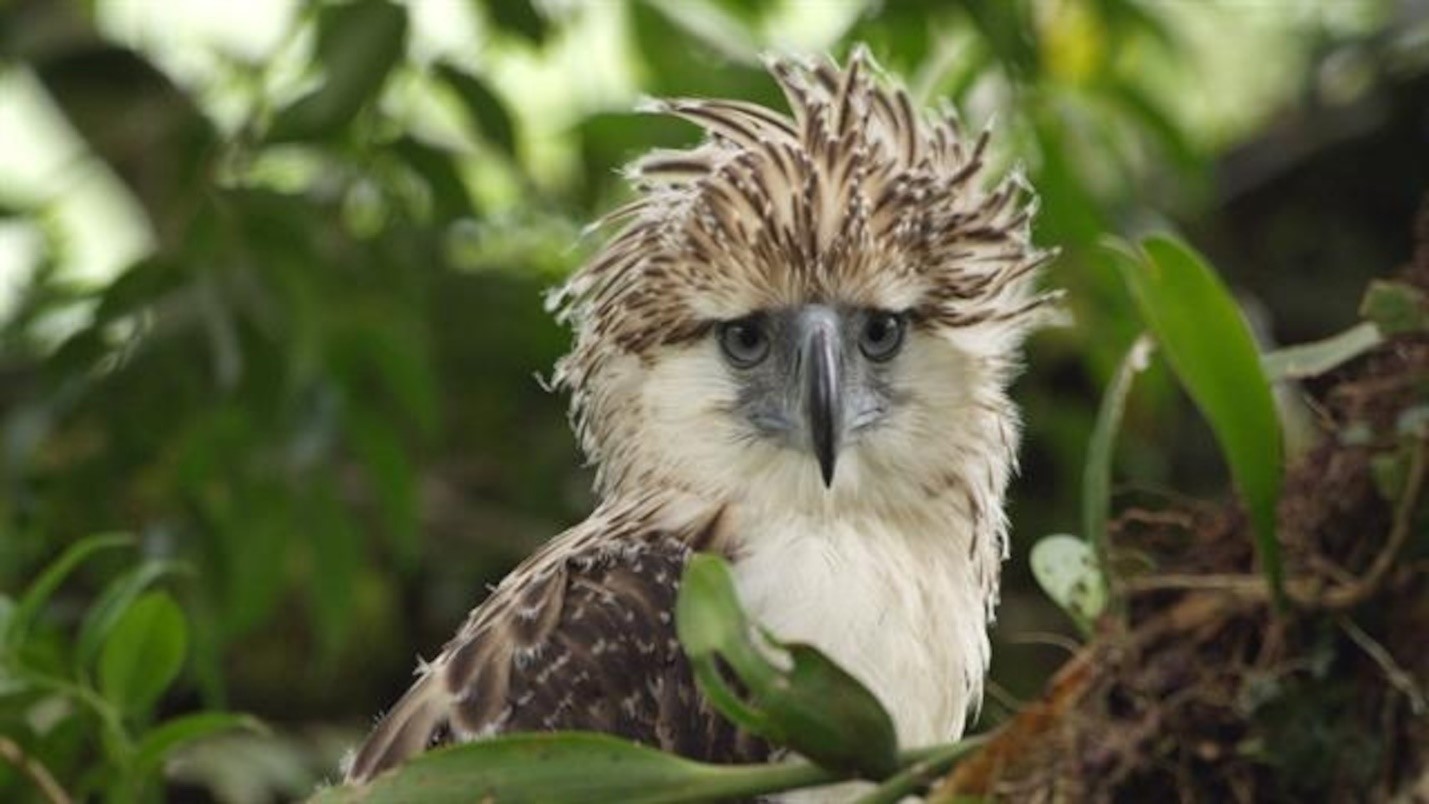 Philippine eagle is considered weird because it is one of its kind and because of its weirdest features, along with the quirky crown of hair on its head. These give us the funny types of birds vibes.

Do you know that the Philippine Eagle has better eyesight than humans? Also, it is one of the largest eagles in the world, but sadly, it has become a part of endangered species in the Philippines.

By the looks of it, Vulturine is a pretty intimidating animal and an absolutely unusual bird.

This exotic bird is considered weird because of the patterns and colors on its body and the white stripes that look exactly like thorns.

Also, the blood-red eyes of this bird are pretty weird too. This bird is found in African countries, and it can not only fly but run really fast; we have a multi-talented bird among us. 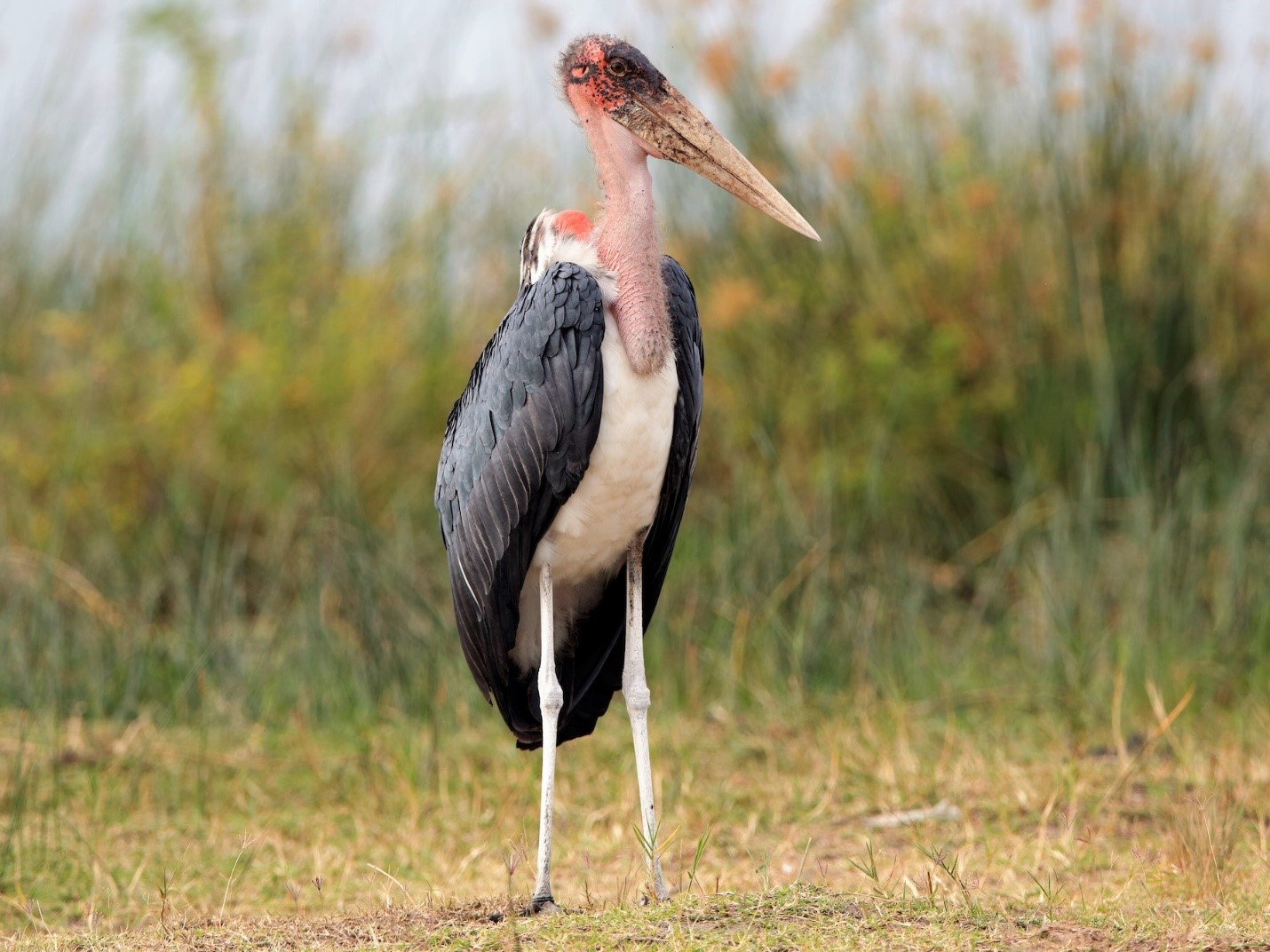 Do we really have to comment on how weird this bird is? It is covered in different colors from head to beak, and it gives pretty funky vibes too. It is one of the most odd-looking birds for a good reason.

People include Marabou Stork in funny types of birds, but for us, it has to be on the intimidating side. Another weird feature of this bird is its large air sac that hangs right below his head. 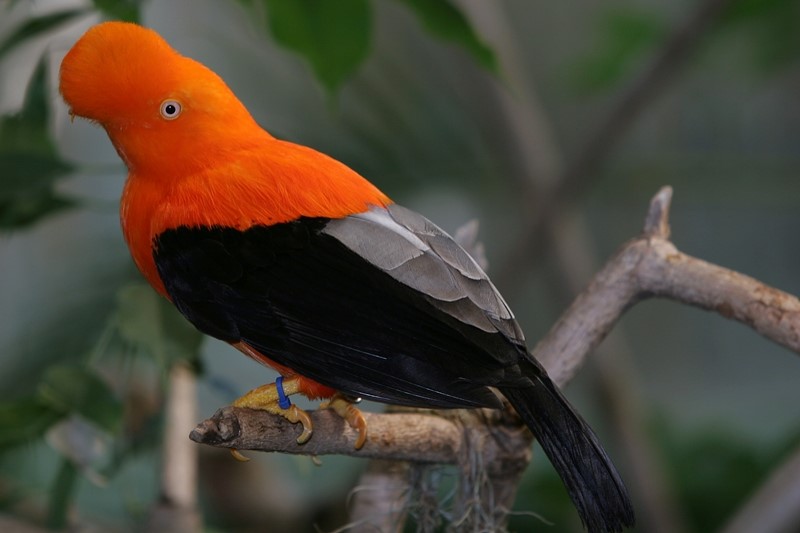 The weirdest thing about this bird is its whole face is covered with feathers. Male birds of this species are bright orange, while female birds have darker feathers.

These guys are pretty prominent too because of their bright color, and they spend most of their time looking for mates. Interestingly, it is the national bird of Peru too.

What is particularly weird about them are the low-pitched sounds they make in the breeding season. 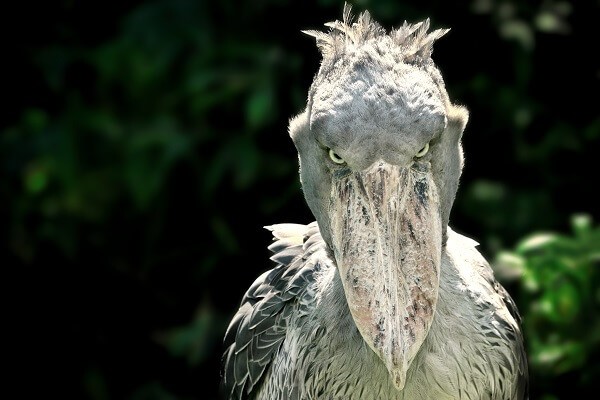 Shoebill stork is yet another bird that tends to freak you out with ts staring. The thing that makes Shoebill one of the weirdest birds globally is its thick kand wide beak.

Another interesting thing is that it loves eating small crocodiles and turtles, and it is not as dangerous as one might think.

Even if you go closer to this bird, all it will do is just stare at you angrily, which is really funny and adorable. 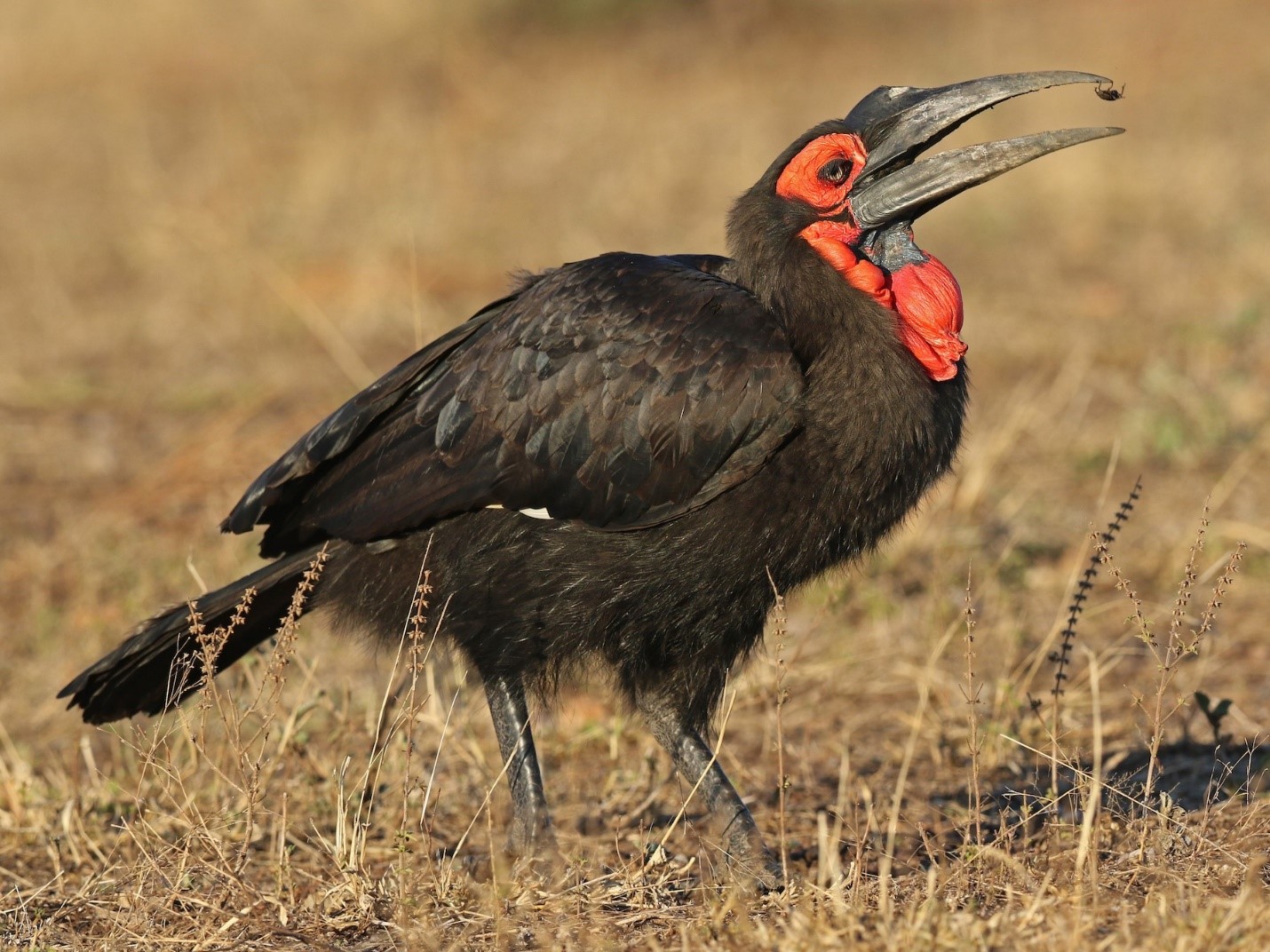 These birds are found only in Africa, and the weirdest thing about them are their features and particularly bright air sac.

Their beak is also really sharp, and there is a bright orange circle around their eyes too, which just makes them look somewhat unusual.

The interesting thing is that these birds are not that friendly, and they can even peck you with their sharp beak if they feel unsafe. 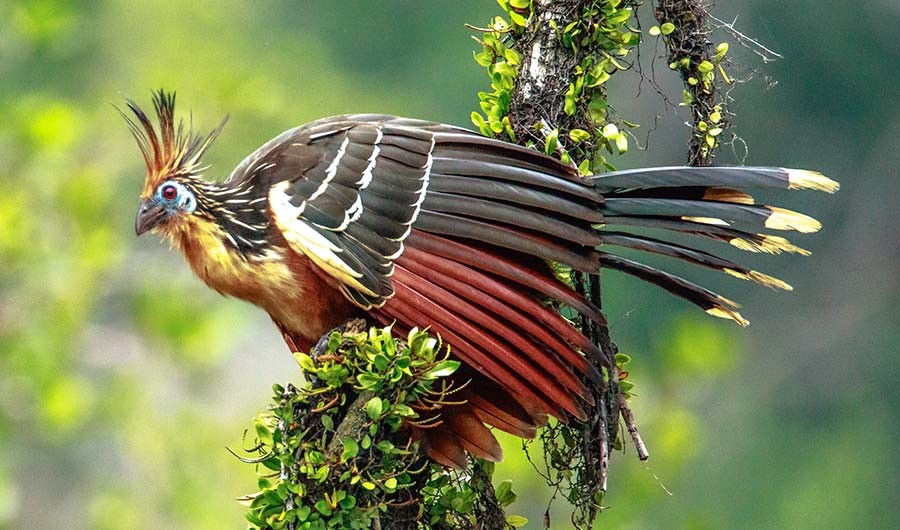 Hoatzin is one of the craziest birds mainly because just look at it. The wings of this bird are quite colorful, but its features look as it is surprised by some news.

The red eyes and crown on the head add a lot more to the weirdness. But no matter what people say, we are in love with the golden tail feathers of this bird.

Hoaztim is commonly found in South America, and another weird thing about this bird is that it smells really bad because of its diet. 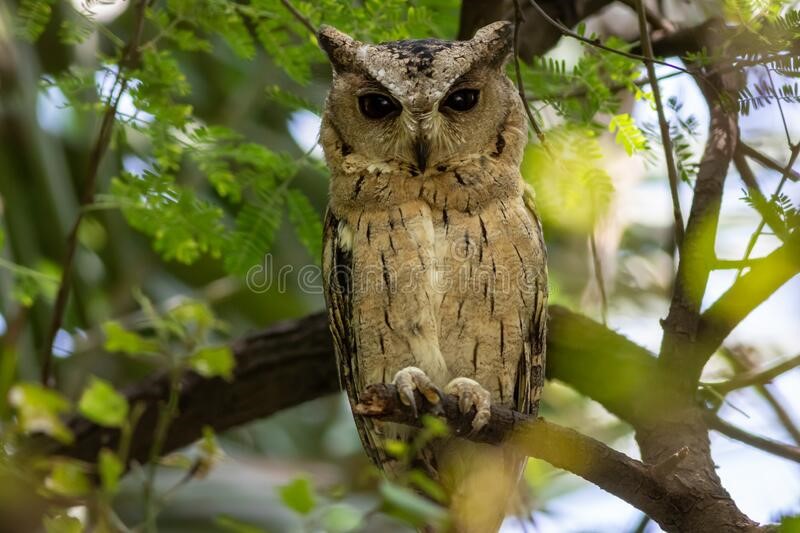 These nocturnal birds are weird because when they sit on the tree branches, their body literally camouflages. They have a very woody color, and even the textures and patterns in their body are similar to that of wood.

This weird-looking owl is found in the region of the Himalayas in South Asia and is considered one of the endangered species. 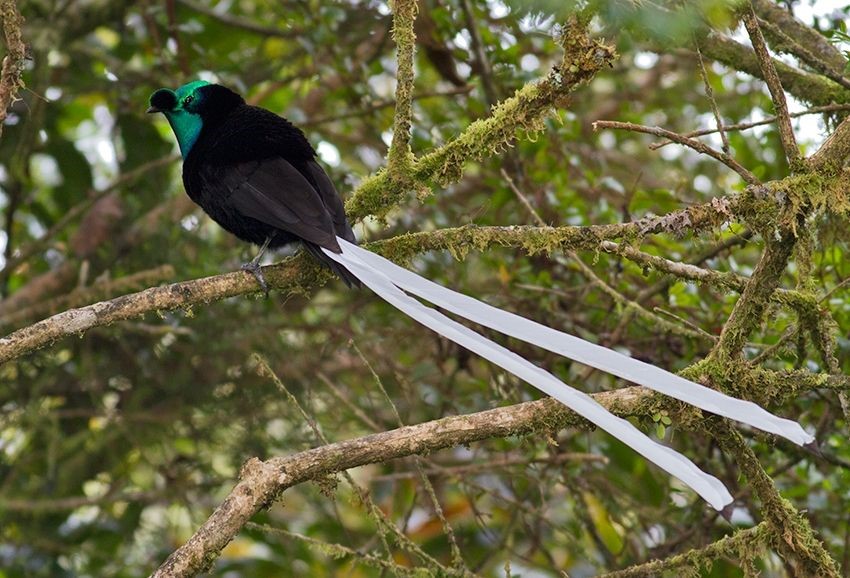 But, they also sound unusual, which makes them one of those funny bird species. They look quite similar to the bird of paradise, which is one of the weird Australian birds. 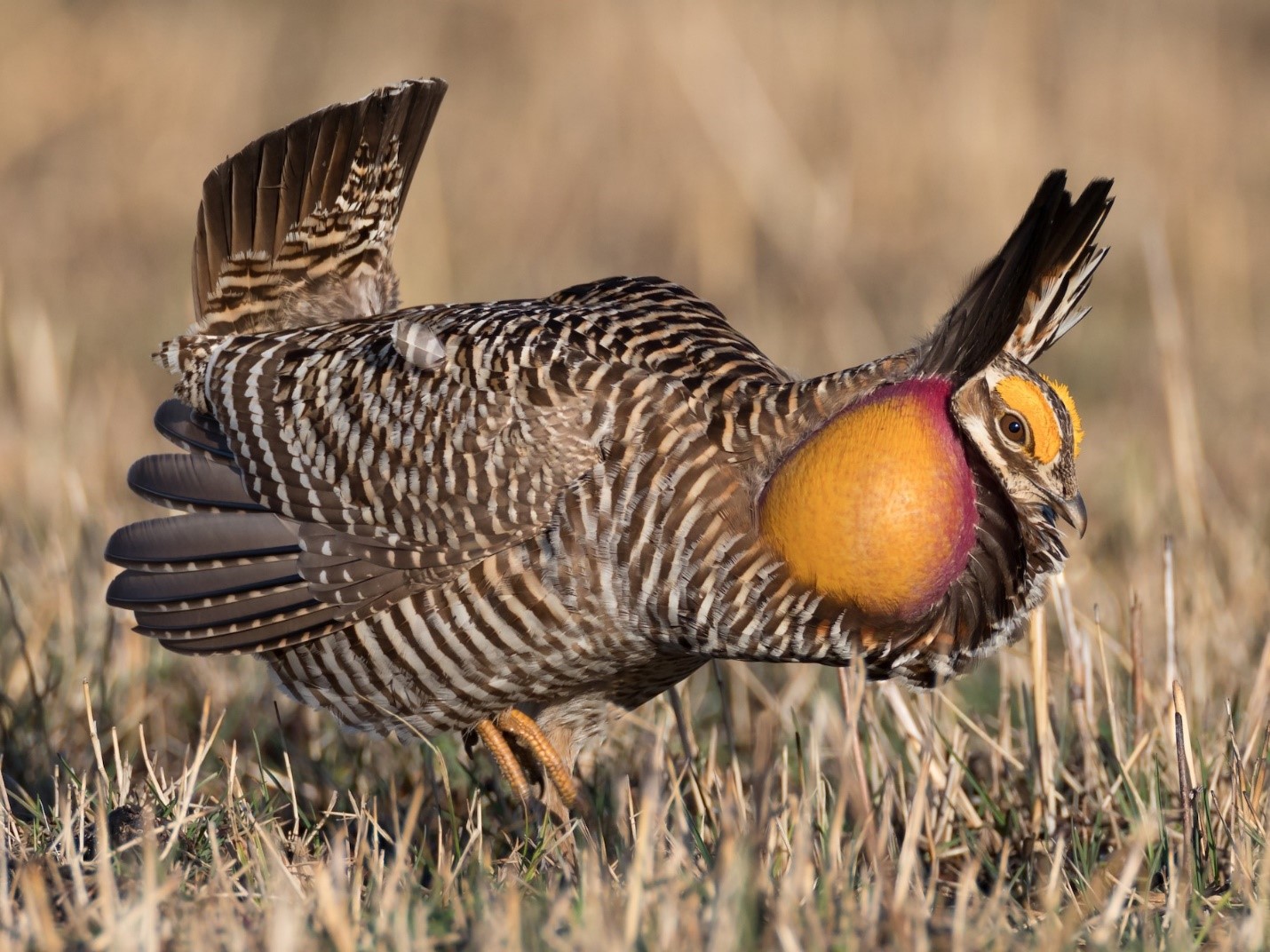 The huge air sac is the most unusual and weird thing about this bird. And if that was not enough, its air sac is really bright yellow.

When this bird walks, it seems as if the weight of this air sac is weighing it down, making it one of the rarest birds ever. 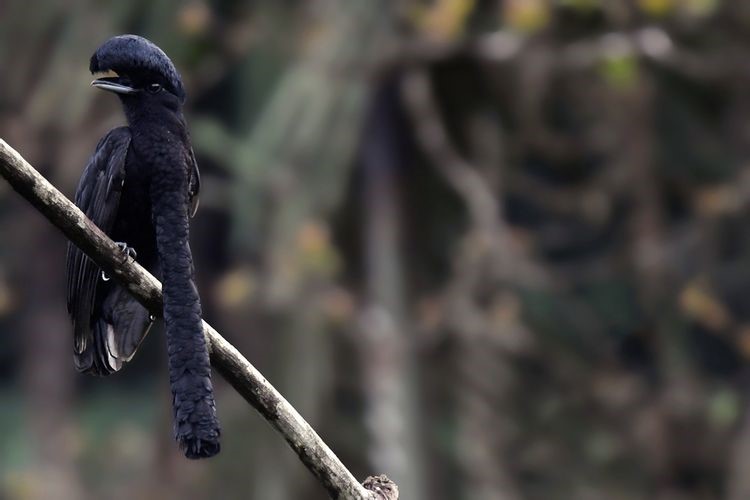 The black color of this bird is actually really dark, and not only this, but it also has a weird crown on its head, which of course, is its own feathers.

Not only this, but this bird also has a really weird wattle that is not only long but hanging right below its neck, making things weirder. 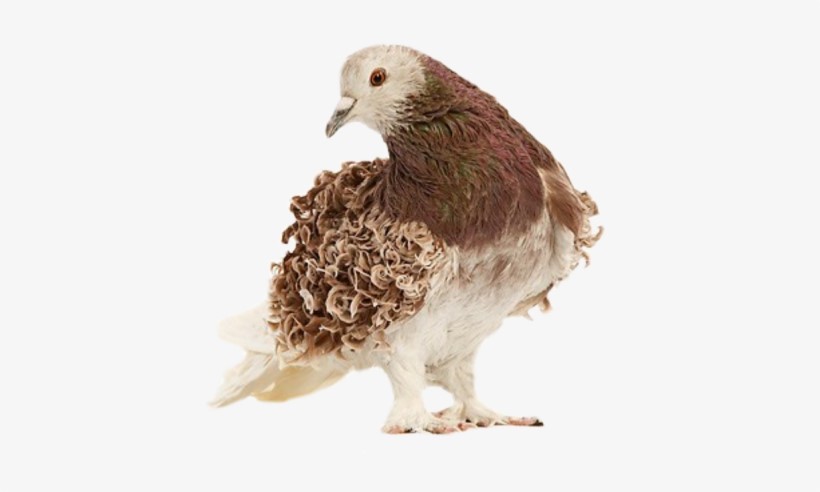 It will be unfair if we don’t include a weird pigeon in our list. And that is where the frill-back pigeon comes to play because its feathers are frilled as if it has recently been to a salon.

The feathers of these pigeons are really curly, and we know how adorable they look, but it is kinda weird too.

Also Check: Weirdest Animals That Exist On This Planet With Us

So, all of these weird birds gave us some pretty major FOMO, and now we want to see each one of them. We hope that you loved these unusual birds as much as we did.

These strange-looking birds are really adorable, and most of them are threatened species so, just respect and love them. Adios from our side!