These 11 Weird Looking Sharks Make You Stay On Land 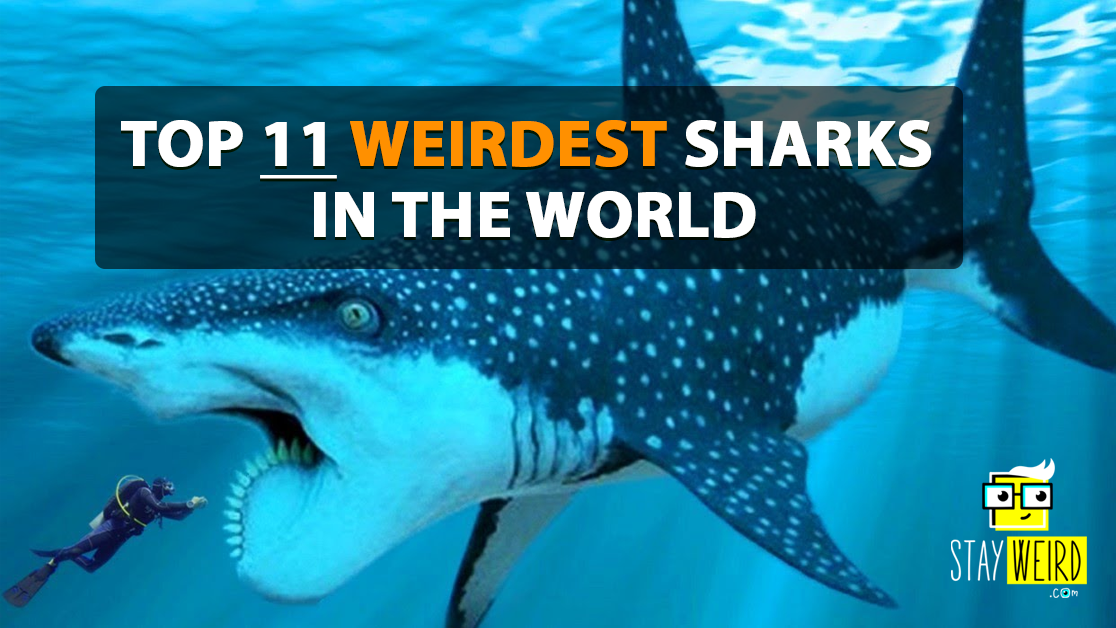 We all have grown up watching some pretty scary movies about sharks but, what we don’t realize is that the shark species is not all about big-toothed giants that are out to eat you but, they can be adorable and, at times, weird as well.

That is the very reason why we are getting into some pretty weird-looking sharks in the world that will give you chills and make you say “awwww” at the same time. So, are you ready?

Top 11 Weirdest Sharks In The World

We are diving into the 15 weirdest sharks so, fasten your seat belts because it is going to be a very bumpy ride. 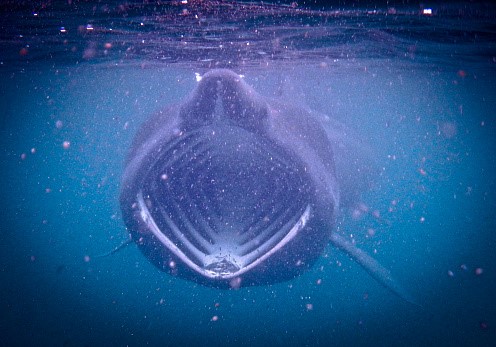 Baskin sharks are considered weird because of their massive mouth, which can open for up to 1 meter, and you can literally see the inside of their mouth, including the gills.

And the weirdest thing about basking sharks is that they swim with their mouth open, and in this way, they can catch their prey and fill up their stomach. 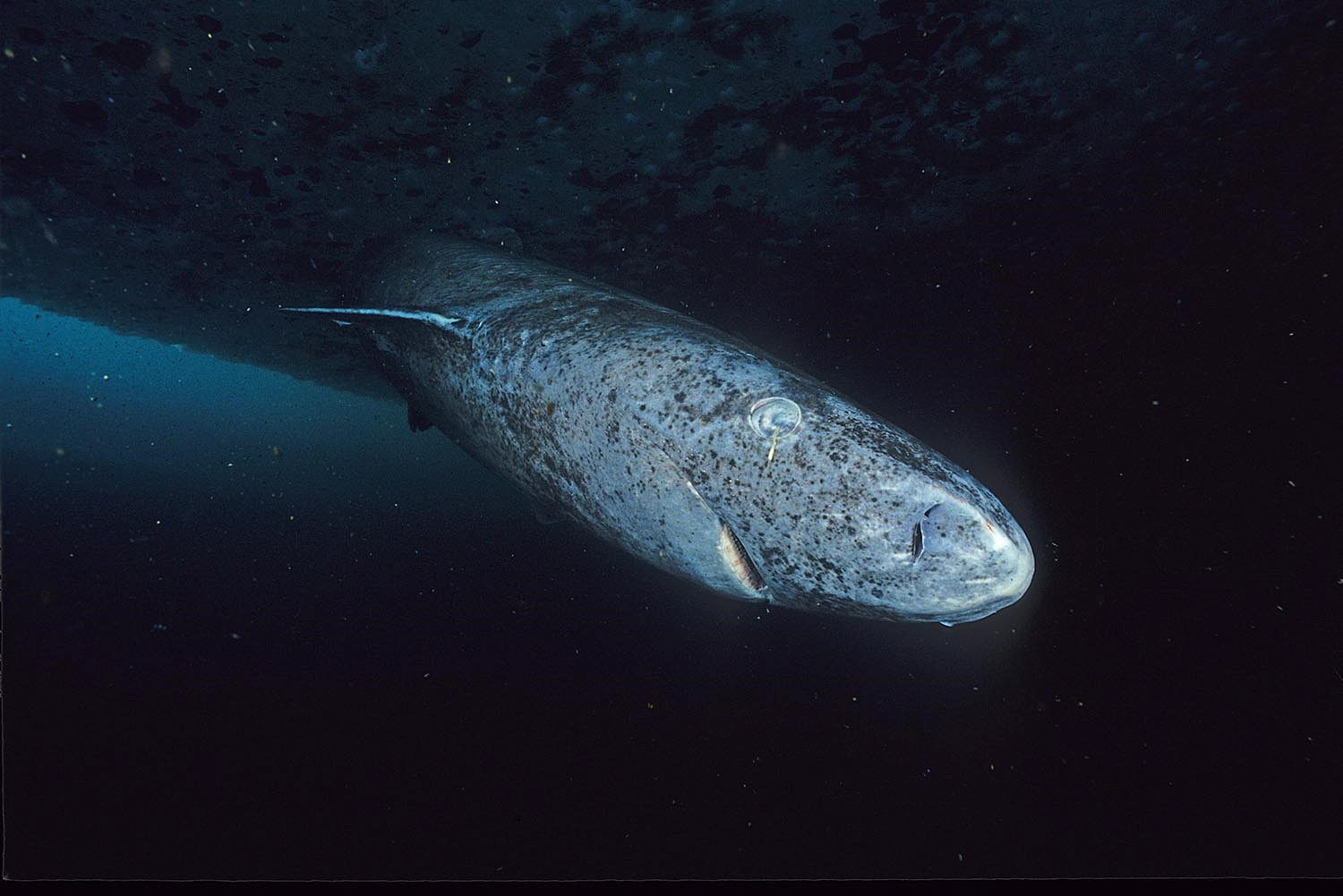 The thing that makes Greenland Sharks the weirdest of all is their habitat. They are found in Iceland, and their meat is extremely poisonous.

But that is not it; these sharks are one of the oldest vertebrates because they can live anywhere between 272-512 years.

Also, their age of maturity of 100 years which is kinda cruel because they literally have to stay single for 100 years straight. 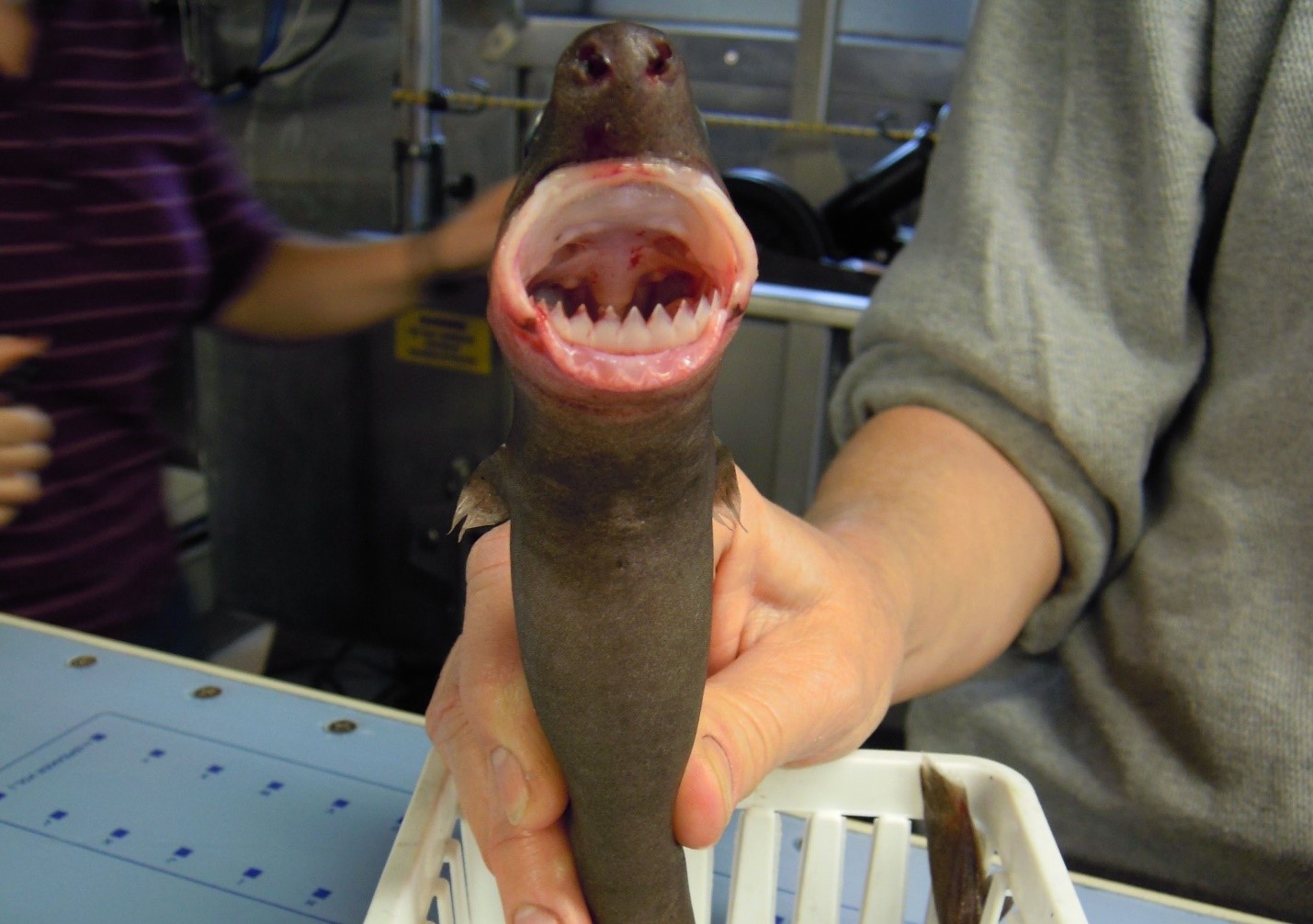 The whole being of cookiecutter sharks is weird but let us take a moment and appreciate how cute they are.

Despite their overall adorable outlook, they have the sharpest teeth that leave a cookiecutter type mark, hence the name.

But, if you don’t mess with them, they don’t tend to be very aggressive. An even weirder thing is that when these sharks shed their teeth and swallow them for making their skeleton stronger. 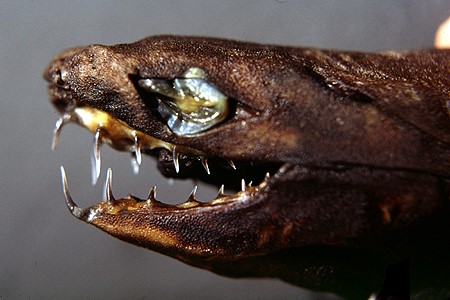 Viper Dogfish have a weird ability to flow in the dark, and they belong to the lantern shark family. These sharks are found in the deep ocean so, how can they find prey in the darkest of places?

Well, that is where their glow-in-the-dark body swoops in. Another weird thing about these sharks is their teeth that look a lot like needles and are sharper than you can imagine. 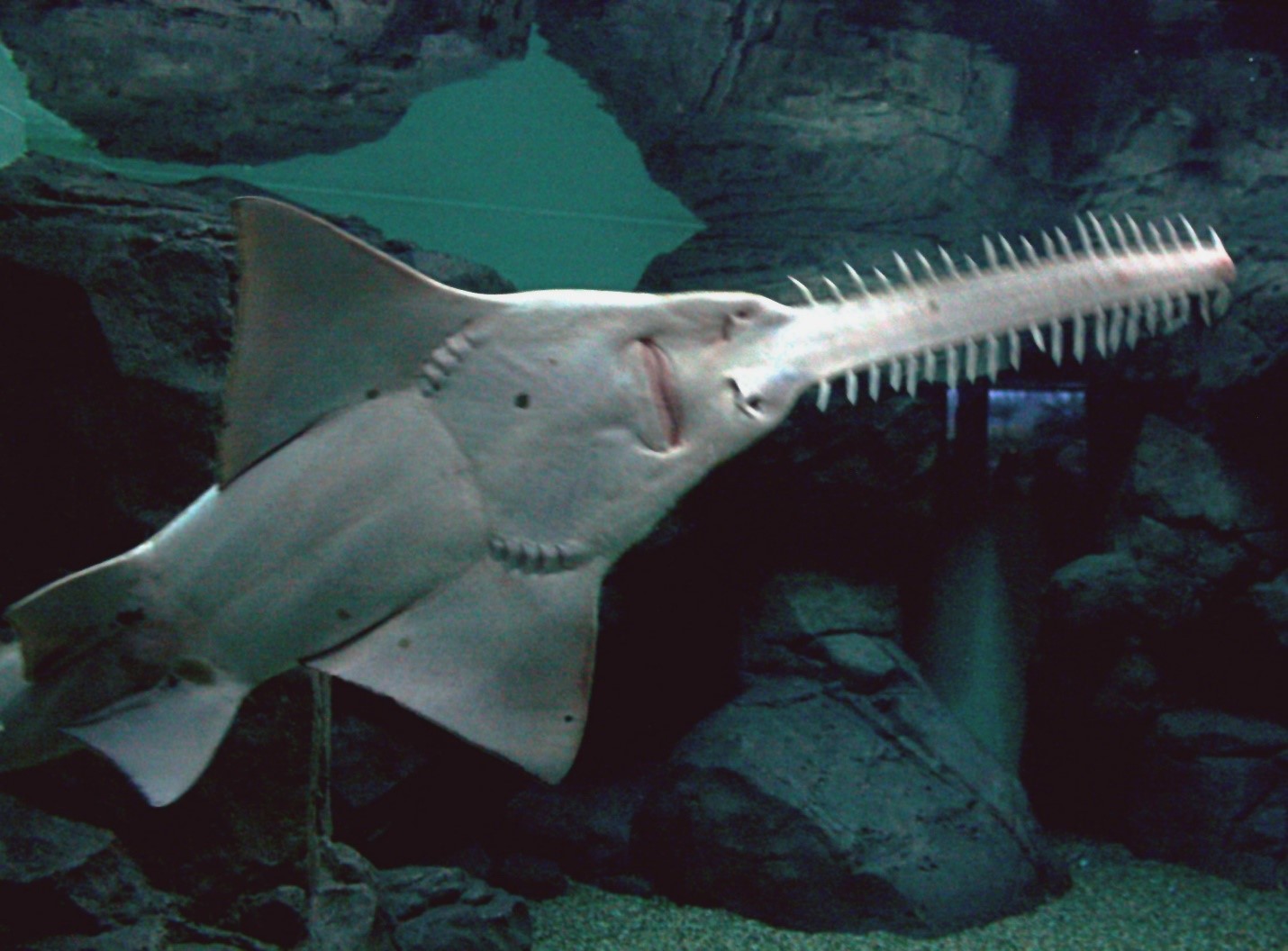 We don’t even have to tell you how weird this shark is because you can see it for yourself.

This saw shark is considered the largest shark, but the actual length comes from the long beak-like rostrum that has teeth all around it.

You would certainly want to steer clear of this shark because even though it does not tend to harm people without any reason, you would not want to mess with its sharp teeth.

This fish uses its saw-like rostrum for both hunting and protection. 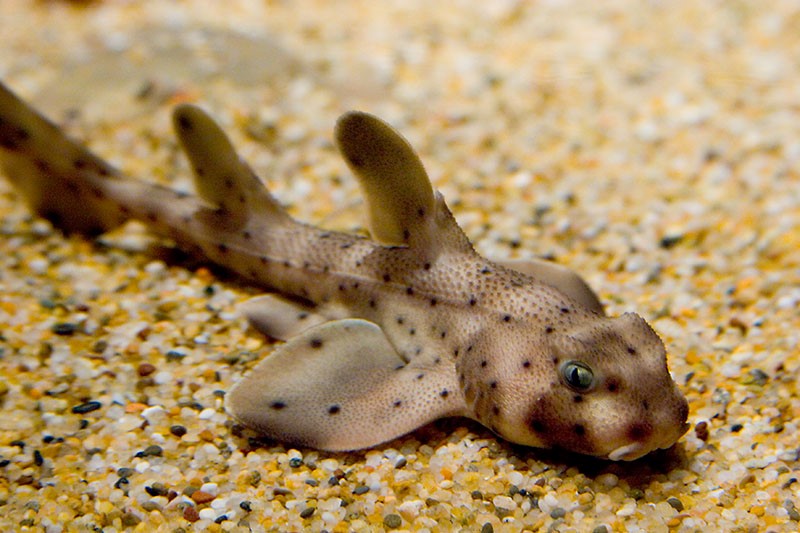 The weirdest thing about Horn sharks is that they don’t exactly look like sharks but more like some colorful and adorable fishes.

A unique trait of the Horn shark’s personality is that they are not really good swimmers, and they even prefer to crawl at times on the ocean floor, and yes, it is a shark we are talking about here.

This shark usually hides under rocks and does not go too deep in the ocean. So, let this shark be by itself, and you will be fine because you don’t want to mess with weird sharks.

We would totally freak out if we ever come across this shark, but, as it turns out, this shark is totally harmless as long as you don’t provoke it.

These weird-looking sharks are particularly intimidating because of how they look and the camouflage type of body they have.

You would not even be able to recognize it if it was swimming between the corals. They also tend to keep larger prey between their jaws for a very long time until they finally die. 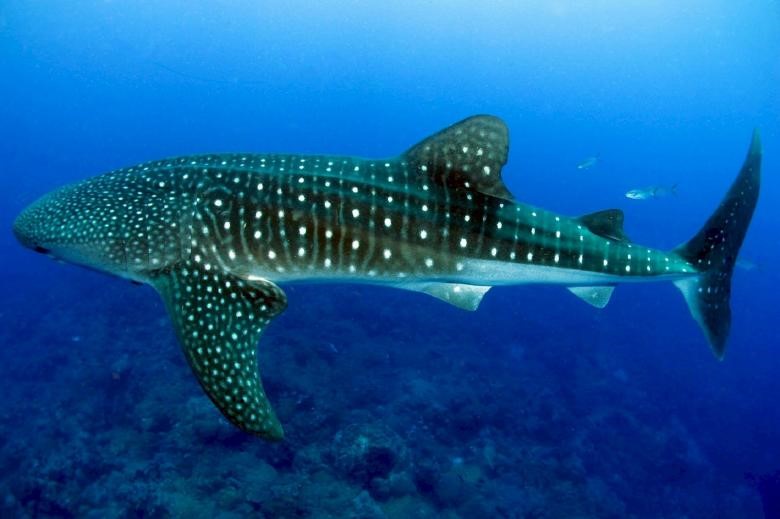 Whale sharks are not only weird but also really beautiful, and just looking at them feels so therapeutic.

An unusual thing about them is that despite being so gigantic, they only eat small fishes so, you don’t have to get afraid of these adorable sharks as long as you are not messing with them.

This shark is on our list because despite being a shark, it looks exactly like a large whale, and even the color of its body is nothing like a shark.

Don’t even get us started on their patterned back of whale sharks that is a lot similar to human fingerprints. 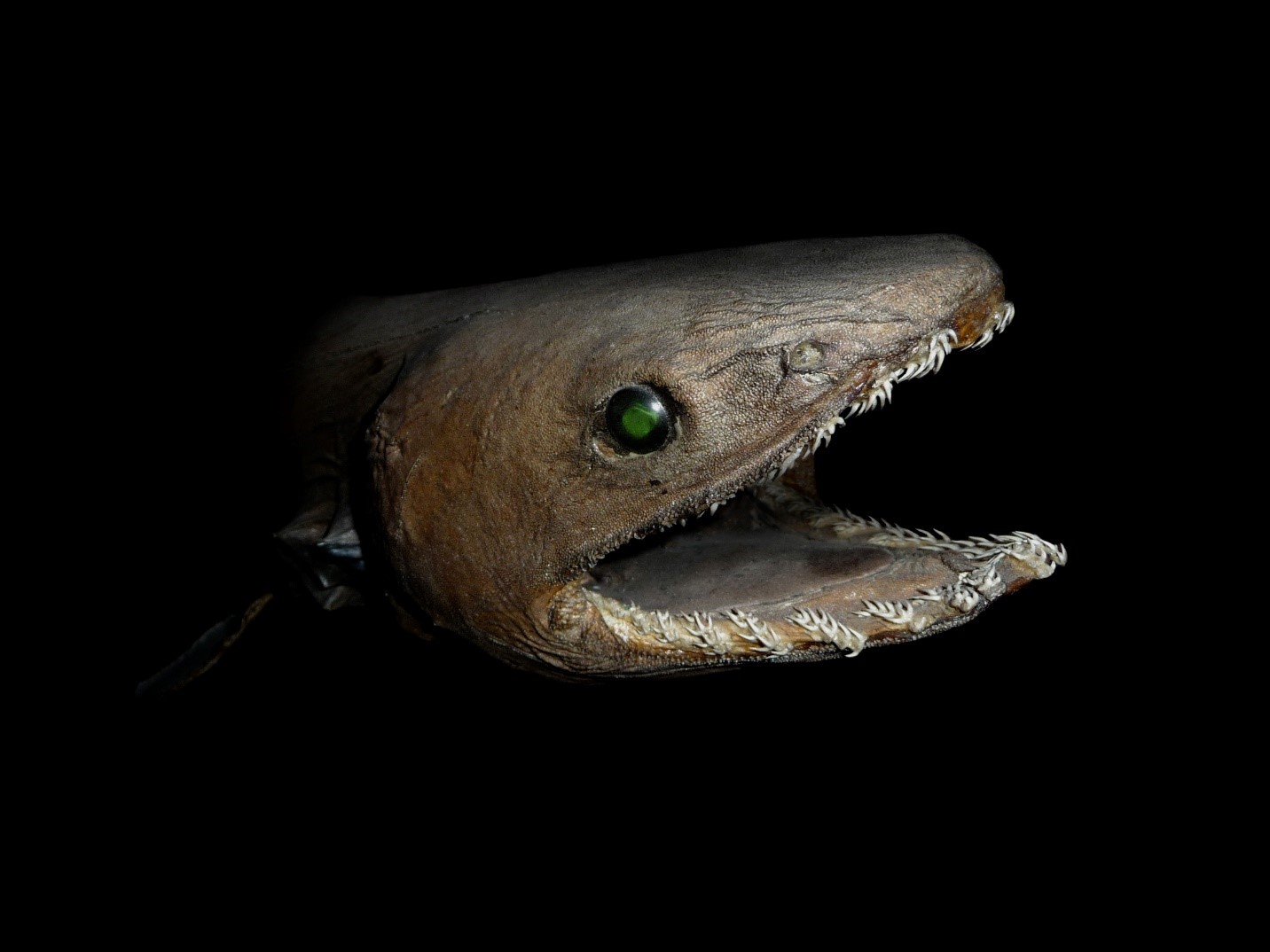 The frilled sharks are famous for their weird-looking gills, and they look very intimidating at first sight.

If you look at its teeth, you will feel like you are looking at twisted metal wires, and that is because its teeth are pointed backward, and they have a very frilled structure at their gills.

The way their teeth look and behave and the way their body is exactly what makes a frilled shark one of the most unusual and weirdest looking sharks in the world. 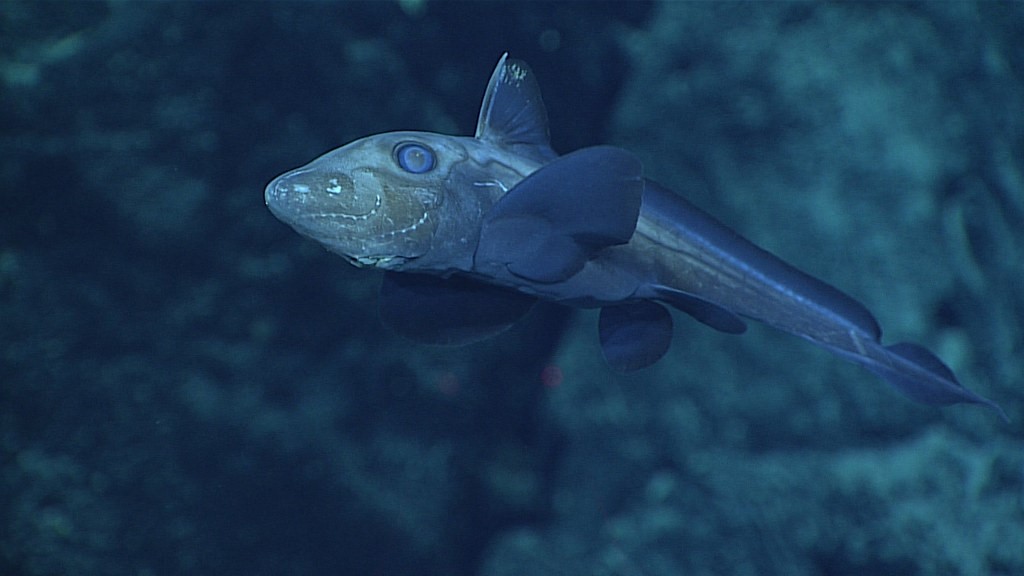 Ghost sharks are really interesting creatures of nature, and they are equally weird as well, mainly because of their spooky color that makes you think like you are seeing a ghost in the middle of the ocean.

The Ghost shark’s head is very sharp, and its eyes are real big, making this shark look even more spooky.

But, this species of sharks are going extinct day by day, and scientists are really concerned about it.

So, the least you could do for these sharks is leave them alone and don’t bother them, and it would not be that hard, we are guessing. 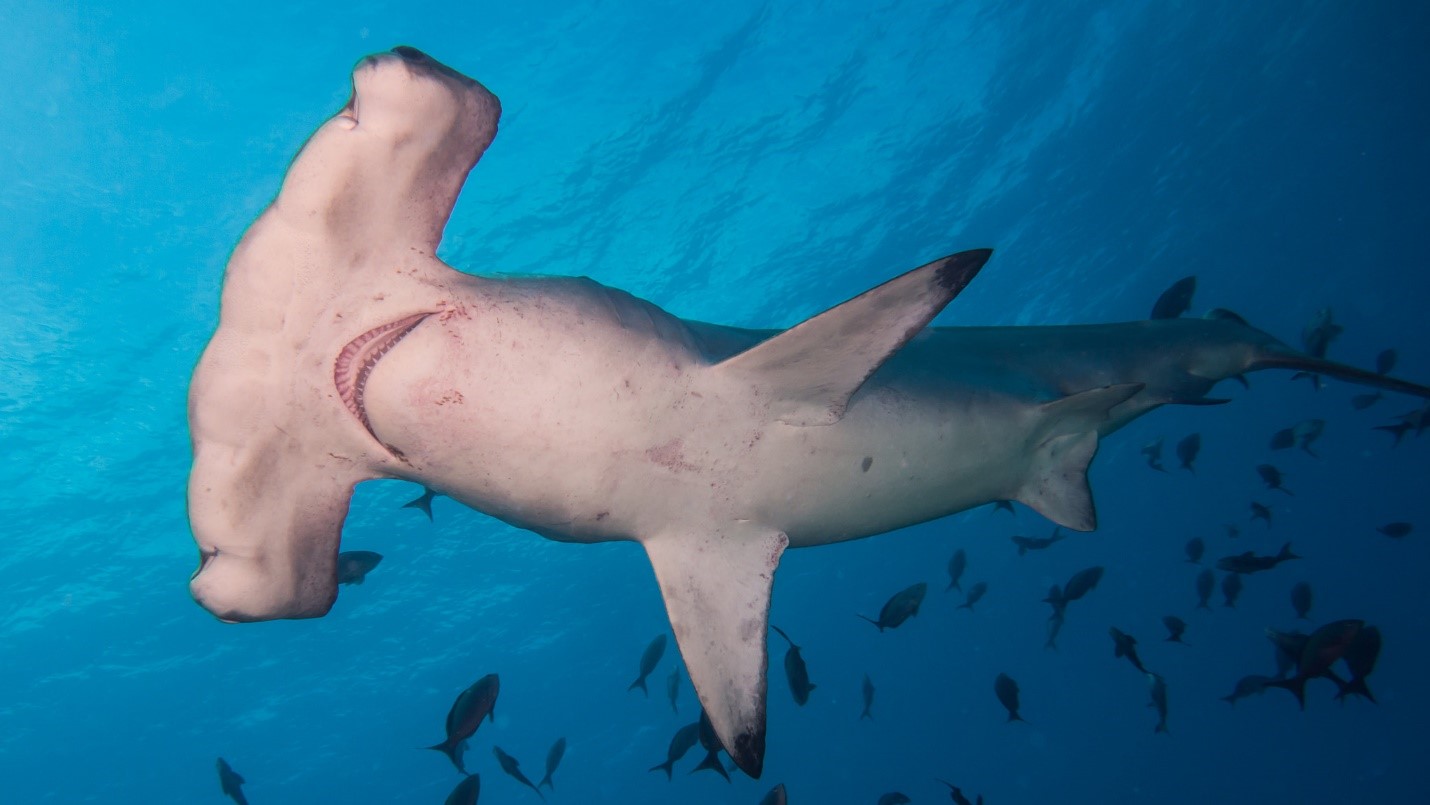 Have you ever looked at a weirder head than hammerhead sharks? Probably not. Their head is long like a stick, and they have one eye on one side and the other eye on another side.

The head of this shark surely makes it one of the most unusual sharks.

This shark is famous for staying in herds and groups but it likes to hunt alone because it does not like sharing food, just like Joey from F.R.I.E.N.D.S.

Also Check: 11 Weirdest Animals That Exist On This Planet With Us

So, we hope that you enjoyed reading about these weirdest looking sharks, and now you know that you should not be messing with them.

Despite the fact that all these sharks are really adorable and most of them are not even that dangerous, it is really important that we respect them and let them feel safe; otherwise, they can be dangerous.

Many sharks are also endangered in the IUCN list, so; we just hope we could see more of these weird creatures.