10 Weird Places In The World, Would You Visit? 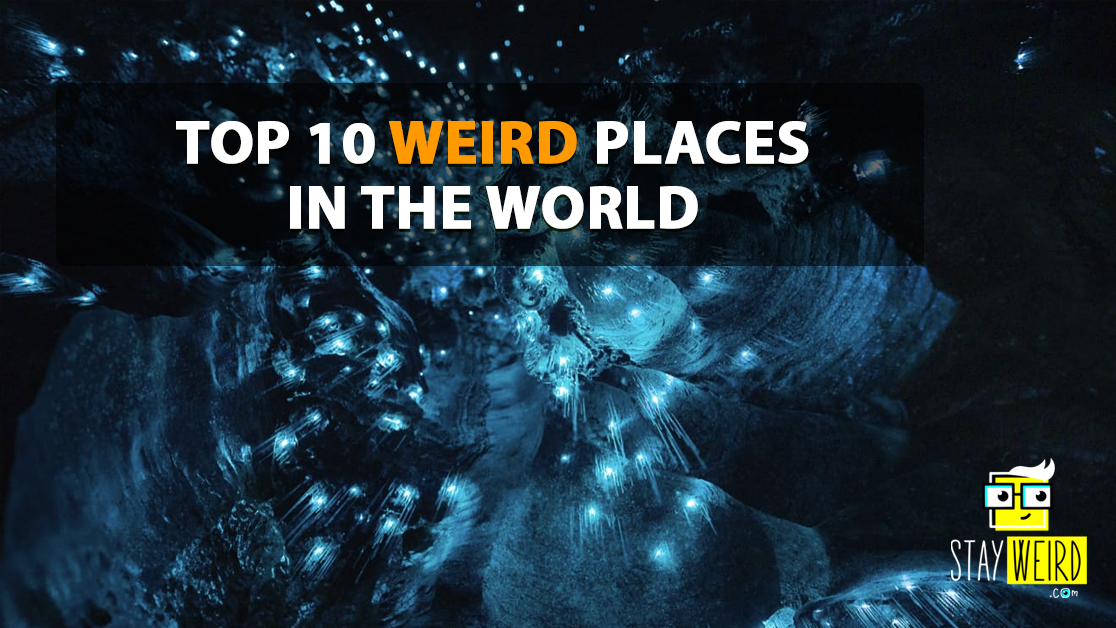 When you think of the world, what do you picture?

Most likely, you imagine blue sky, green grass, and different types of trees. But some places in the world are very strange looking.

Perhaps these unconventional landscapes are perfect for a vacation if you are looking for something out of the ordinary.

Also, sometimes it can be hard to decide whether or not you would want to visit them. On the one hand, they can be really fascinating and offer a unique experience that you can’t find anywhere else. But on the other hand, they can also be pretty creepy and unsettling, making you feel like you’re in a horror movie. So which is it? Should you visit these weird places or steer clear?

Here Are The Most-Weird Places In The World

We’re about to dive into some of the weird places that you might not have heard of. Some are natural, some man-made. And others will leave you totally confused about how they were created in the first place. This list will focus on 10 weird places in the world that you may be able to travel to. 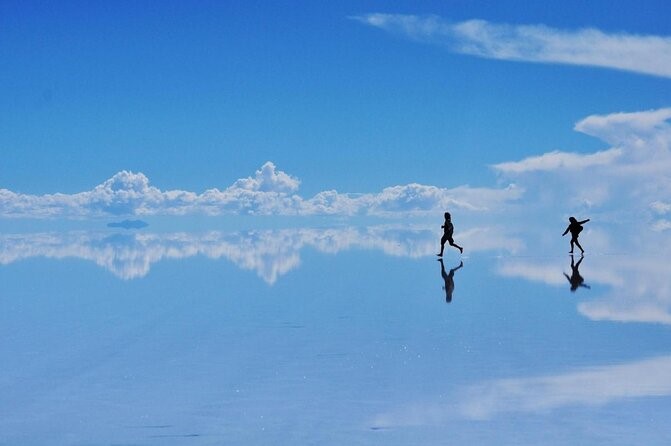 Salar de Uyuni is a real natural wonder in South America. Overall it has a surface of approximately 10,000 square kilometers, and the salt desert is at an elevation of 3,656 meters.

During the rainy season, about 20 cm of water covers the area that turns into a giant mirror from May to December. It’s not just a single body of water but rather a pooling system covering most of the desert floor.

The amazing landscape attracts with its uniqueness many tourists every year around February when the flat surface is completely filled with this thin layer of water.

And during dry periods, even some small islands may be seen on which you find cacti and shrubs growing freely under the sun. 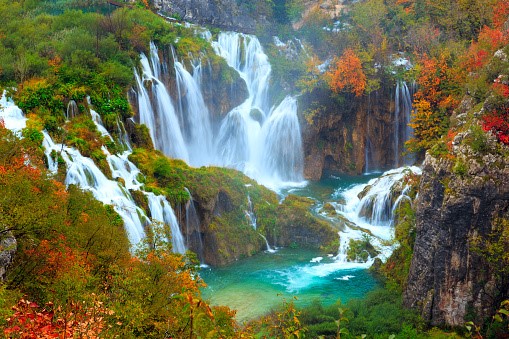 The territory is famous for its lakes arranged in cascades like a huge staircase up to almost 1200 meters of altitude difference.

It’s hard to believe that this natural wonder was created just by nature through thousands of years because it’s so well organized and looks almost artificial. Thanks to the diverse vegetation growing everywhere, it seems that you are walking inside some kind of huge indoor garden or greenhouse rather than outdoors.

It gets even better if you visit the park during spring because highly recommended are especially two months, May and June. When everything becomes blooming all around due to an impressive quantity of various flowers covering every inch of greenery. There are no words capable of describing what you see, so you have to come and see it yourself. 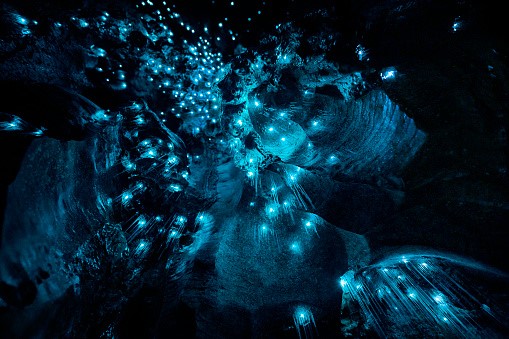 This remarkable cave is located on the North Island of New Zealand near the township of Te Kuiti. It is approximately 75 kilometers from that place as a destination. The area around also offers more things to those interested in such tourism activities as black water rafting.

In contrast with most caves, this one is not made from common rocks but consists of a limestone formation that absorbs all moisture and thus creates a dry environment inside where the humidity level does not exceed 78%.

One can enter, among others also some tiny passages going through stalactites only measuring several inches only. But more amazing is what has been created by nature here, an outstanding formation of stalagmites and stalactites. 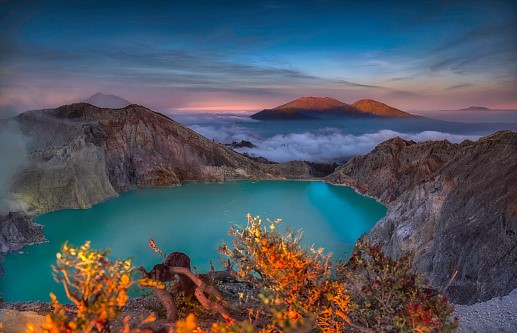 The name of this place means “lonely crater” in the Javanese language. And it has a very good reason for that because it looks like something out of Dante’s inferno.

The appearance is also amazing: you see a huge crater filled with neon blue liquid nearly 2000 meters above sea level. And surrounded by hot yellow sulfuric rocks flowing down from higher parts onto lower ones creating surrealistic scenery all around you.

It seems that the whole area is about to explode into flames any moment now, putting all visitors at risk of permanent injuries. 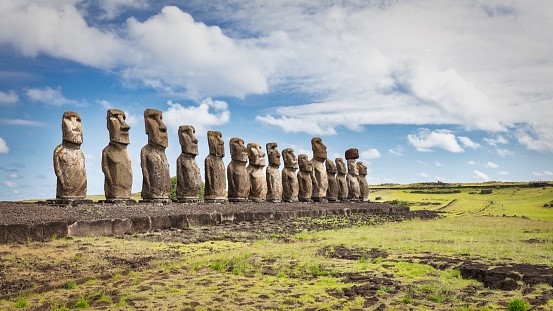 Located 3,600 kilometers west of continental Chile, this island is famous for its enormous stone statues called “moai,” erected by the Rapa Nui people as a tribute to their ancestors.

But the most interesting fact about these remains of once very developed civilization is still a mystery how those who lived here managed to transport those giant statues from places from where they were extracted. The only explanation remains that primitive tools used for such tasks could not produce such results. 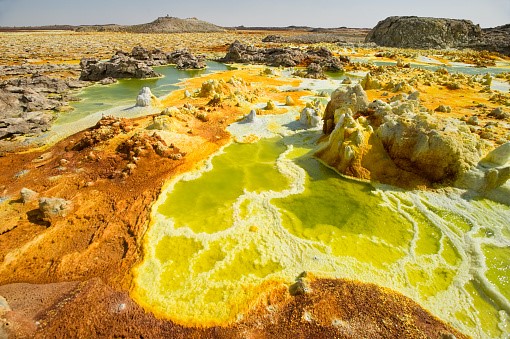 This desert located along the border with Ethiopia and Djibouti is famous for being one of the hottest places on Earth. The average temperature reaches 40 degrees Celsius during summer time plus it also contains several active volcanoes! Seeing all that, it’s not hard to believe that this place is known as the Gate of Hell.

This remote desert located in south Jordan with red-orange dunes reaching several dozen meters tall is also known as “The Valley of The Moon,”. It does not seem very strange when you see how everything surrounding you looks like it was taken out from some science fiction movie.

And if that wasn’t enough, add here also unexplained lights that are believed to be ghosts or extraterrestrial life forms.

8. The Underwater Sculpture Park of Cancun 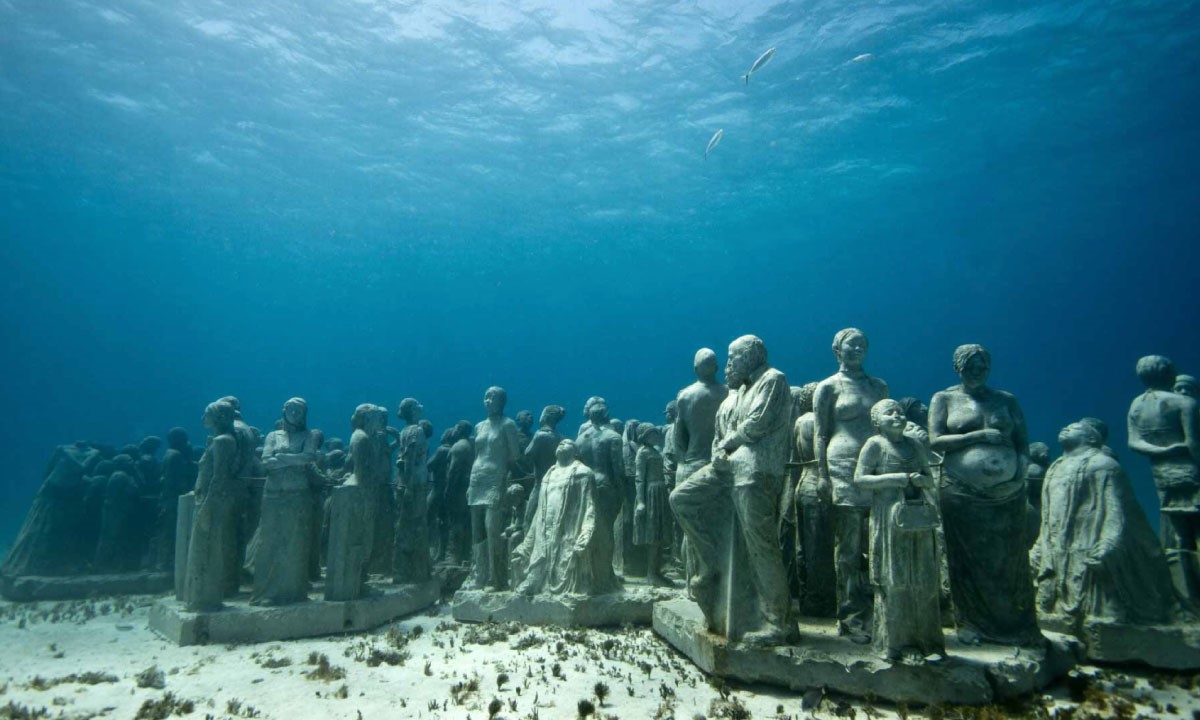 This might be one of the unusual places in the world. Because it features more than 500 sculptures made by artists from all over Mexico.

It is located off Isla Mujeres and has about 10 feet below sea level. It is to increase tourism to Cancún, which get success with thousands visiting every year.

9. The Catacombs of Paris, France 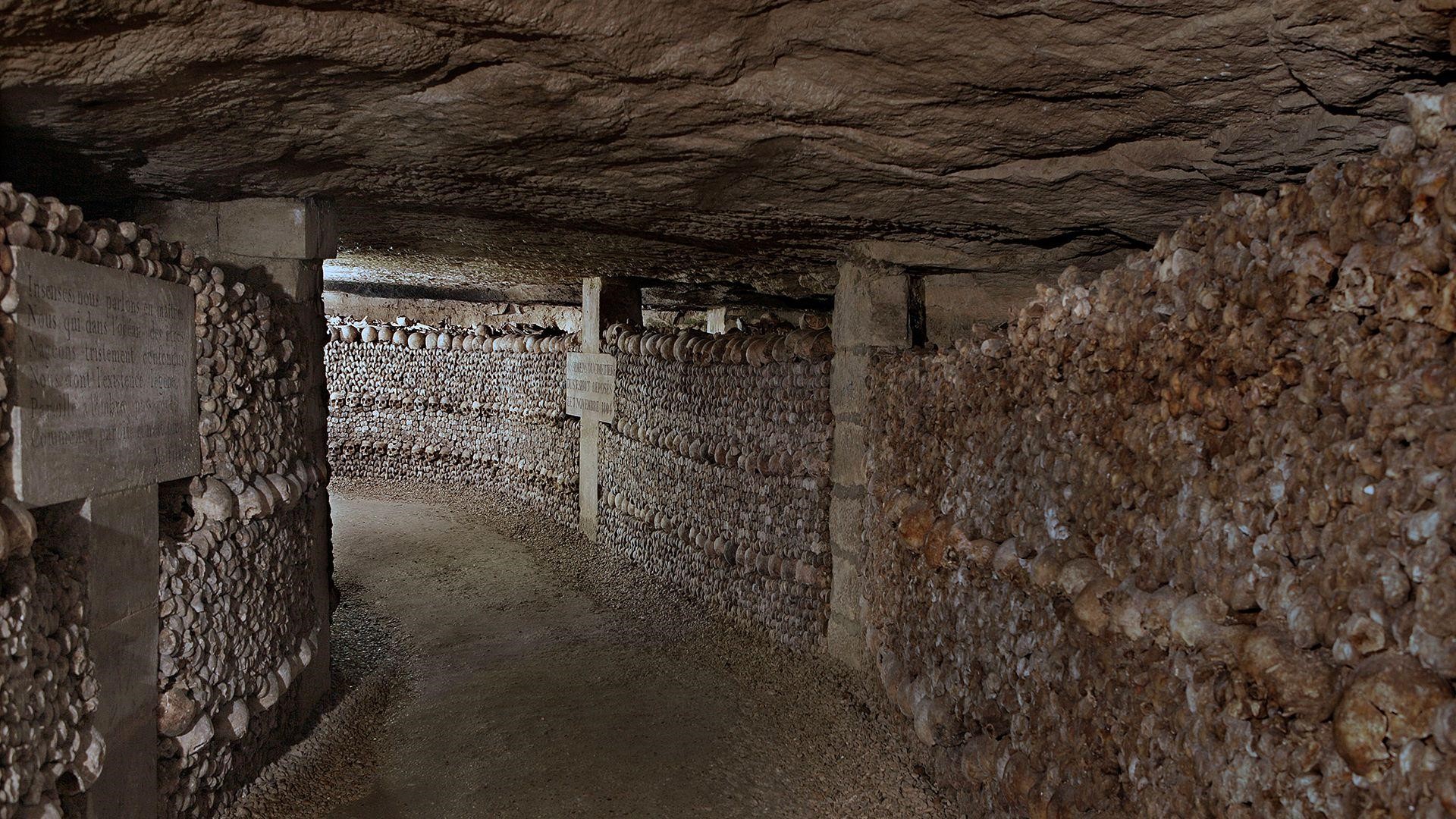 The Catacombs Of Paris is a favorite amongst visitors because it gets so dark at night that spooky things start happening all around you. It is creepy but interesting to visit because it is a man-made underground ossuary.

There are bones from more than six million people displayed in the tunnels and passages. This is also one of the weirdest places in the world, considering all of the histories behind it.

10. The Town Of Giethoorn, Netherlands 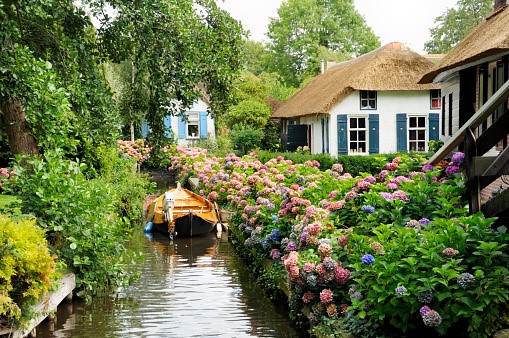 Giethoorn is a small town in the province of Overijssel and residents take pride in its uniqueness as there are no roads or intersections for transport, just canals all over the town.

It is known as “Venice of the Netherlands” and is a popular destination to visit for tourists. Overall, a major tourist attraction to visit.

So now that you know about 10 weird places in the world, would you want to visit any of them? Some of these locations are definitely off the beaten path and may require a bit more effort to get to, but they’re all worth it for those looking for an adventure. From California glass beach to Japan’s cat island, these strangest places are must-go.

Some of these eerie destinations might make for a great vacation spot if you can stomach it. Just be sure to do your research before heading out, so you know what to expect.