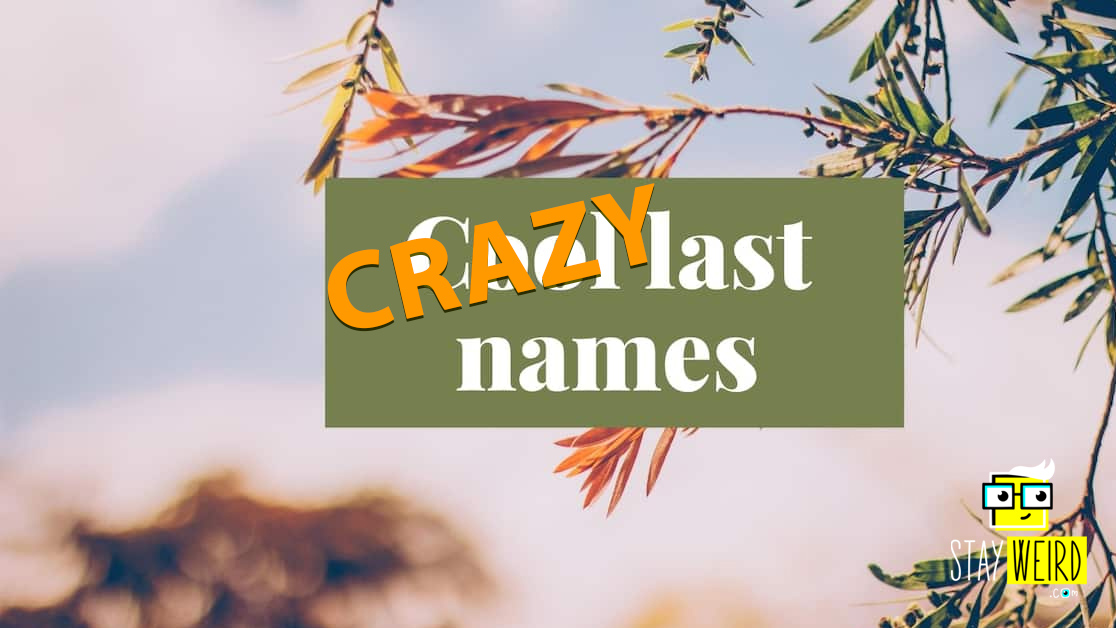 Names are important. They can represent your family tree, your heritage, and your identity. But sometimes, people are born with names that are just a little bit strange. In this blog post, we will take a look at 13 of the weirdest last names you’ve ever heard.

Whether they were inherited from a distant relative or simply made up by their parents, these names will make you double-take. So without further ado, let’s get started. 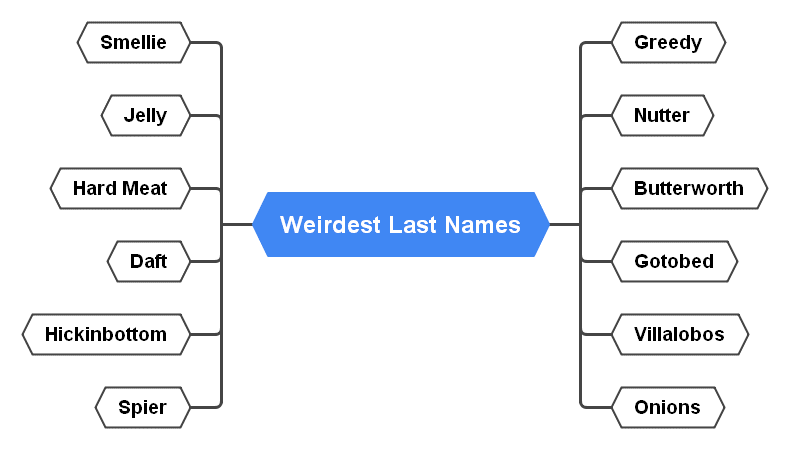 Here we are not talking about vegetables but the surname onion. This surname is taken from an ancestor’s name, ‘the son of Enion.’ It first got its popularity in France and Ireland before coming to the UK. These surnames identified the person’s job. Those who share the surname of Onions are either sellers or growers of the vegetable. So, Onion is an occupational name in the industry.

When it comes to weird surnames, Villalobos is one of the categories. Villalobos is a Spanish surname that means “town of wolves.” It is the name of a city in the province of Zamora in Spain. The word ‘villa’ was used for someone who lives in the countryside, and later, it gets famous for a group of houses that form a settlement. People mostly used these surnames to represent their places and not forget their ancestors’ folks.

After hearing this name, you would probably be thinking about having a good nap. Gotobed is one of the exciting and weird names at the same time. This last name is not that popular until now, but it does exist. It was first recorded in the 13th century.

The meaning of this surname is uncertain. But according to professor Reaney, an authority on English surnames, the surname originated from people who own a bed which was rare in that century. So, they use this last name and proudly boast that they can afford a bed. It may sound strange, but this is correct.

Before it melts away, let us talk about this last name, Butterworth. It may sound ridiculous when you tell a stranger that your name is Butterworth, but it could make them smile. So, you unknowingly did a good deed. Butterworth originated from places named Butterworth in West Yorkshire and Lancashire. It has been a habitual name since pre 7th century.

Nutter means the mad or eccentric person in colloquial English. No one would probably call themselves ‘Nutter,’ but what to do when fate is not on your side. It’s a popular surname now that originated from the Anglo-Saxon culture of Britain. It’s a combination of the old English surnames “Notre,” which means clerk, and “Nothard,” which refers to someone who raises an Ox bull. Overall, it’s an occupational surname and has nothing to do with nuts or crazy people.

Hereby Greedy, we don’t mean people who have an insatiable appetite, but it’s a real surname. The history of Greedy, like another unusual surname, is complicated and tangled. This name originated in ‘Ireland’ and was initially spelled “Grady” or “Gready.” The name ‘Greedy’ is most likely metonymic for a horseman, derived from the old Gaelic “riadh”; however, this is uncertain. We also have Mr. Greedy in the Mr. Men series of books but don’t confuse this last name origin with that.

After you hear this name, you may think of ‘smelly,’ but this surname has nothing to do with physical odor. Rather you can associate it with personality attributes. The name ‘Smellie’ was introduced in Scotland from ‘smile,’ which means ‘grin.’ The last name is given to someone cheerful and has a distinct smile. This last name is also getting extinct with time, so if you ever met a ‘Smellie,’ greet them with a big smile.

What if you call someone Mr. Jelly? The foodies will probably think first of jelly, which we eat. But this is a genuine surname and has nothing to do with food or sea animal. The name Jelly originated by Viking settlers in ancient Scotland. In Scottish dialect, Jelly means ‘honorable and upright.’ Over time, this name has appeared in many variations like Jelly Jelly, Jellie, Jelley, and others.

This last name is also one that people found embarrassing to call out. It has nothing to do with the family of butchers or represent them. Rather, the name might be derived from a misspelling of the village’s name, which was ‘Hardmead’ in England. I wish there was a spellchecker available back then.

It’s not a swear word or playing object. The name ‘Balls’ dated back to ancient Anglo-Saxon times in Britain. Balls were the name of a Bald person, derived from the Old English word Bealla, which signified “bald.” The surname could also apply to someone with a chubby or stocky build. But nowadays, with evolution, this name got a lot of meanings. So, people feel embarrassed to be called out with this surname which is why it is declining.

The evolution of the English language things complicated for people rather than simplifying. And this last name is one of them. Someone will be mad if we call them ‘Daft’ because it means as stupid or foolish. But what if their surname is Daft? Daft originated in Old English from a nickname for ‘meek’ or ‘gentle.’ If you meet someone with this surname, try to be understanding and look for their gentle attribute. 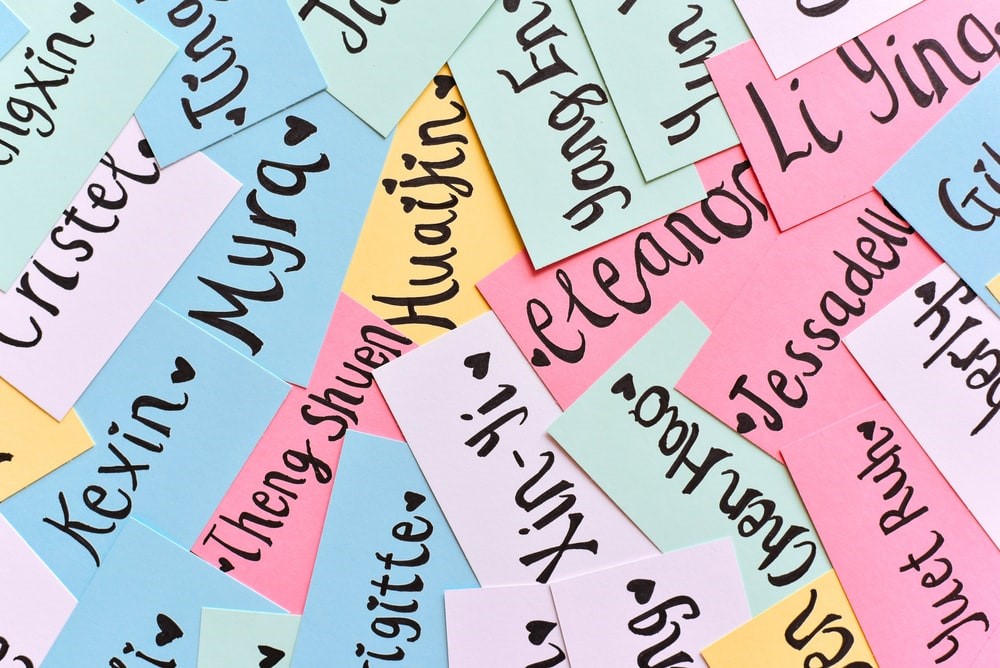 Most British surnames that include “bottom” historically signified that a person lived at the bottom of a valley. The name Hickinbottom is the misspelling of Oaken bottom, a place near Bolton-le-Moors, influenced by the dialect word hickin or Higgin, which also means “mountain ash.” So, we can say that this surname indicated the individual was from Hygg’s land in East Cheshire.

You might get baffled after hearing this family name ‘Spier.’ Should we watch ourselves or be careful in front of these people. It first originated in Scotland in the 7th century as ‘spere.’ But now, there are various modern surnames, including Spear, Speare, or Speir. This last name can describe someone’s occupation or a nickname for a tall, thin person. If you ever come across a person with this last name, don’t judge them; it’s mere their name.

There are several other family names, some of German origin, Arabic origin, Anglo Saxon origin, and others based on mystery characters or fantasy characters. Also, there may be Russian origin, Swedish origin, Norman origin, Italian surname, an Irish surname, middle name, or based on any movie character’s personality. So, you can choose a unique surname wisely.

Also Check: The 13 Weirdest Buildings In The World Will Blow Your Mind

So, there you have it, thirteen of the unusual surnames. Do any of these sound familiar to you? Have you ever met someone with one of these surnames? If so, we want to know what it’s like! Please drop us a comment below and let us know. And don’t forget to share this post with your friends. They’re sure to get a good laugh out of it.