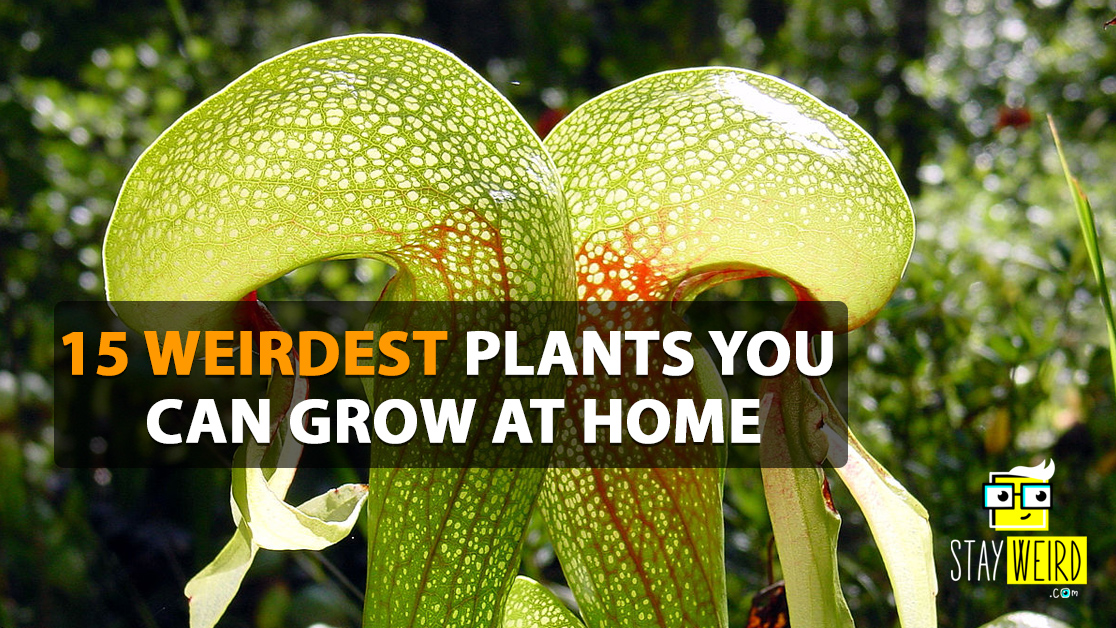 If you’re looking for an exciting and unique way to add a touch of personality to your home, you may want to consider growing one of the 10 weirdest plants you can find. These plants are visually stunning, but they also have a fascinating history and medicinal properties attached to them. So if you’re up for a gardening challenge, check out some of these strange plants and see if you can’t add them to your garden this season.

The white baneberry, also known as doll’s eyes, is a poisonous plant native to North America. The plant gets its name from the white berries that grow on it, which resemble miniature human eyeballs. The berries are poisonous to humans and can cause vomiting and diarrhea if consumed. 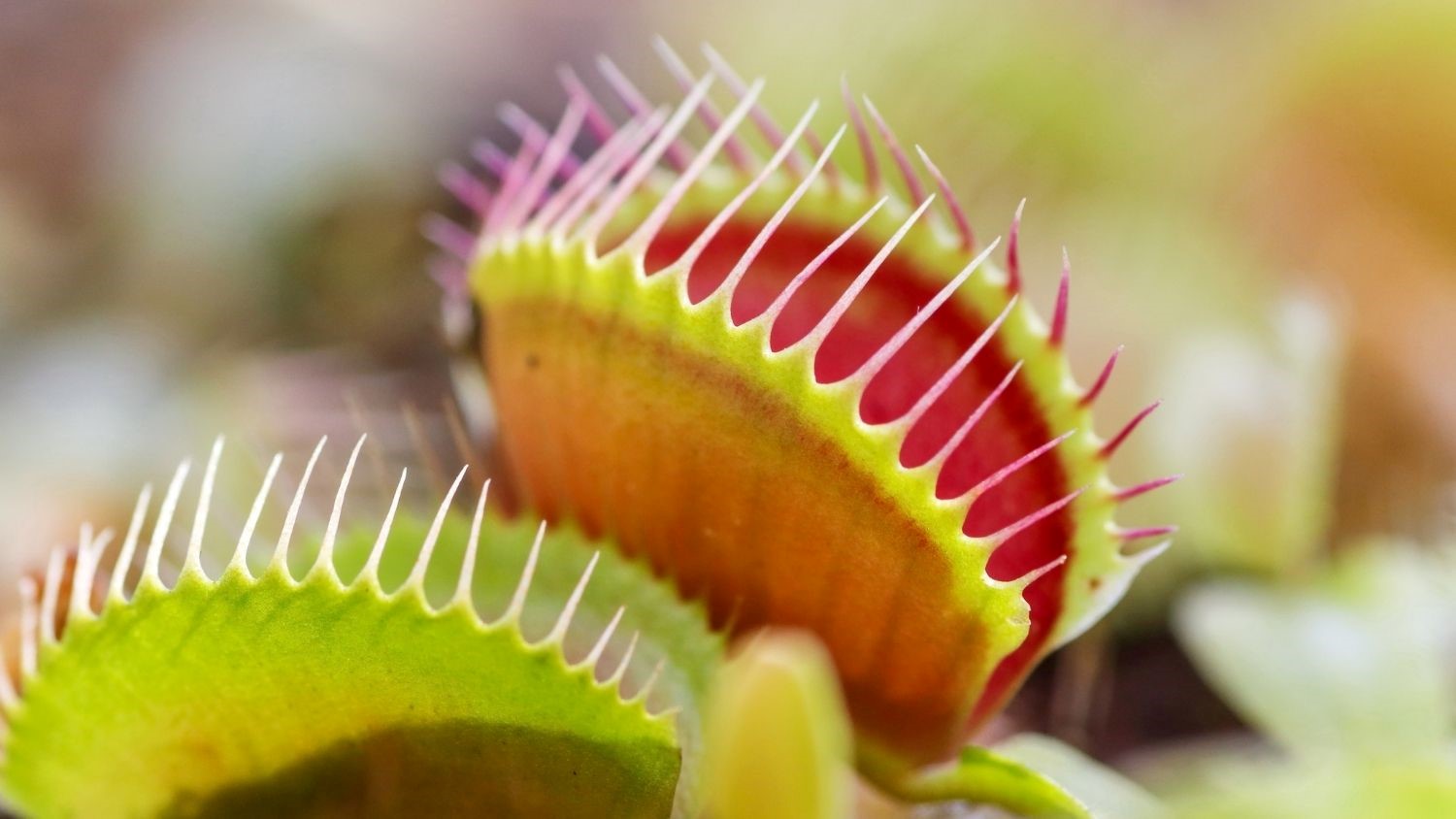 The Venus flytrap is one of the most iconic carnivorous plants. It is native to North and South Carolina in the USA, growing in nutrient-poor swampy soils. The trap itself is a modified leaf that snaps shut when an insect brushes against one of the three trigger hairs inside. Once closed, the leaf will secrete digestive juices that break down the prey so that the plant can absorb its nutrients. 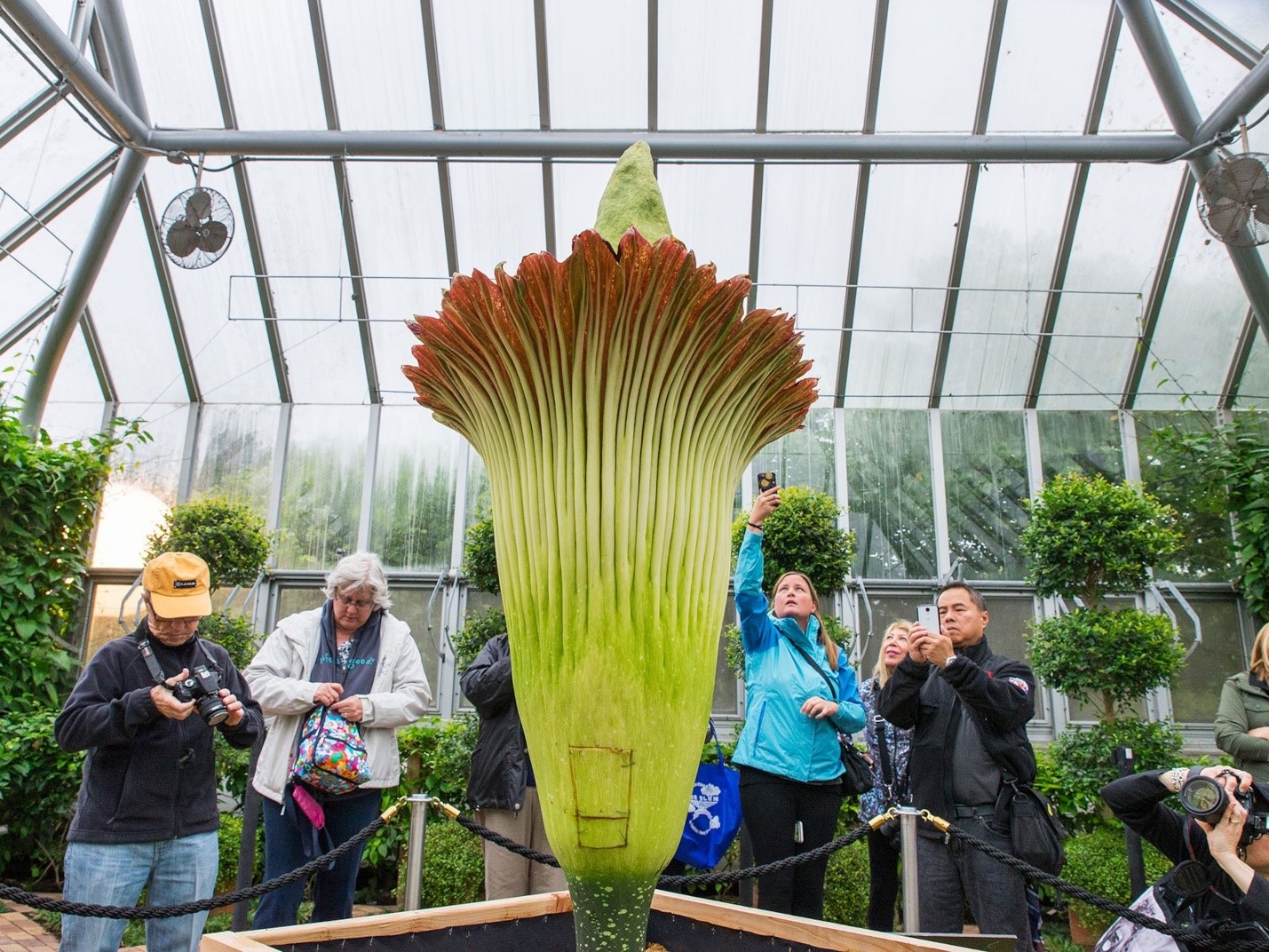 The corpse flower (Amorphophallus titanum), also known as the world’s largest flower, is native to Sumatra in Indonesia. As its name suggests, it emits a smell akin to rotting flesh when in bloom – a trait helps it attract pollinators such as carrion beetles and flesh flies. The bloom can reach up to 3 meters (9.8 ft) in height and is often red or purple. 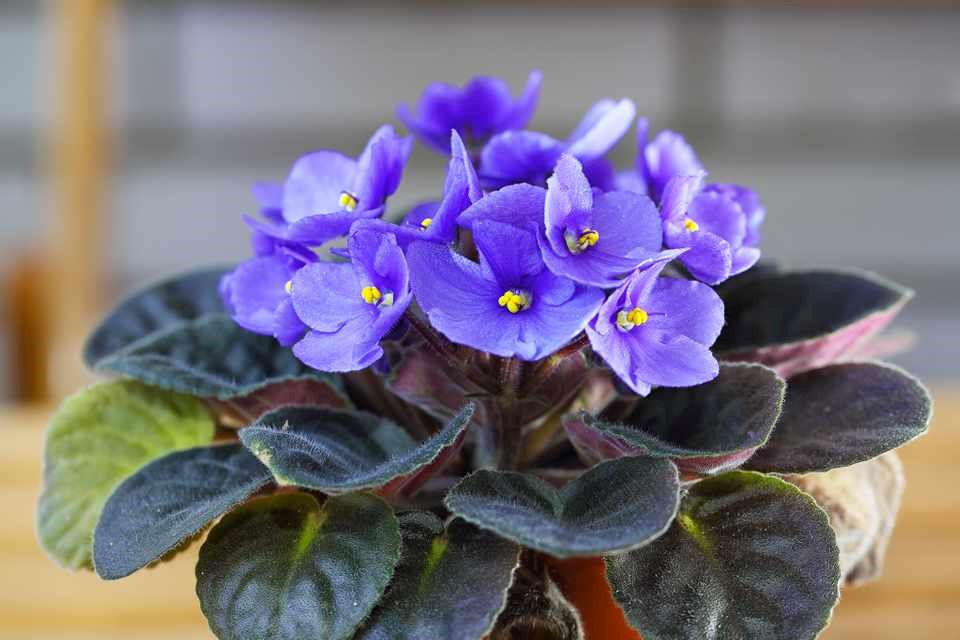 African violet is a small plant that is easy to grow at home. It has dark green leaves and beautiful flowers in blue, purple, or white shades. The flowers of this plant can bloom all year round if it is given the proper care.

This plant needs bright light but not direct sunlight to bloom. The ideal temperature for this plant is between 21-and 24 degrees Celsius. 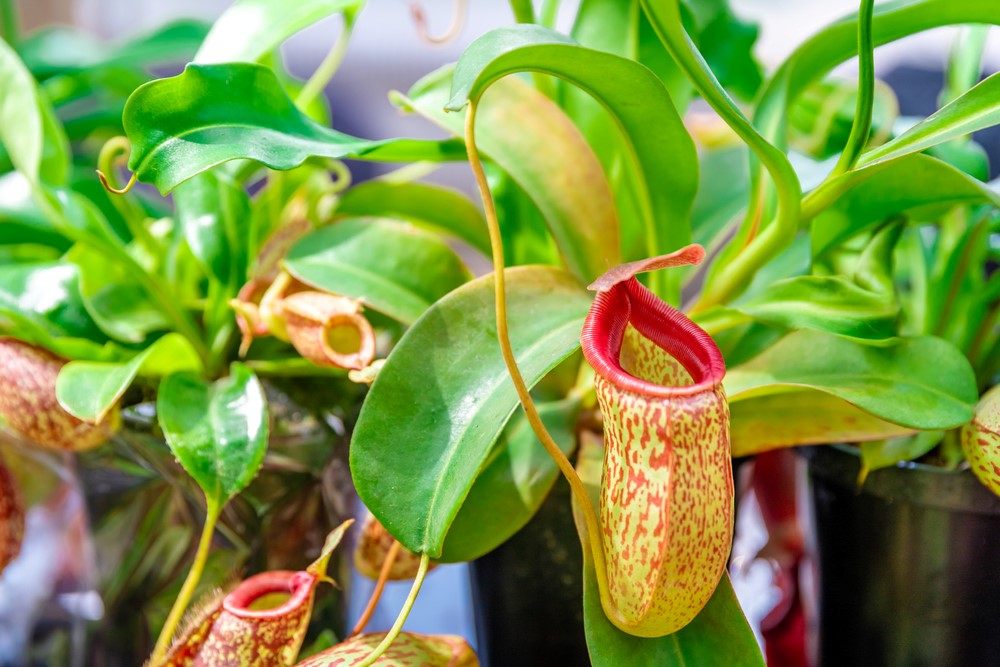 Monkey cups (Nepenthes), also known as pitcher plants, are a genus of around 170 carnivorous plants. They are native to tropical areas of South-East Asia, Australia, and the islands of the Pacific but can also be found in parts of Africa and Madagascar. Monkey cups get their name from the belief that monkeys will drink rainwater from them – although there is no evidence to support this claim! Instead, they are more likely to eat the small insects that become trapped in the pitcher. 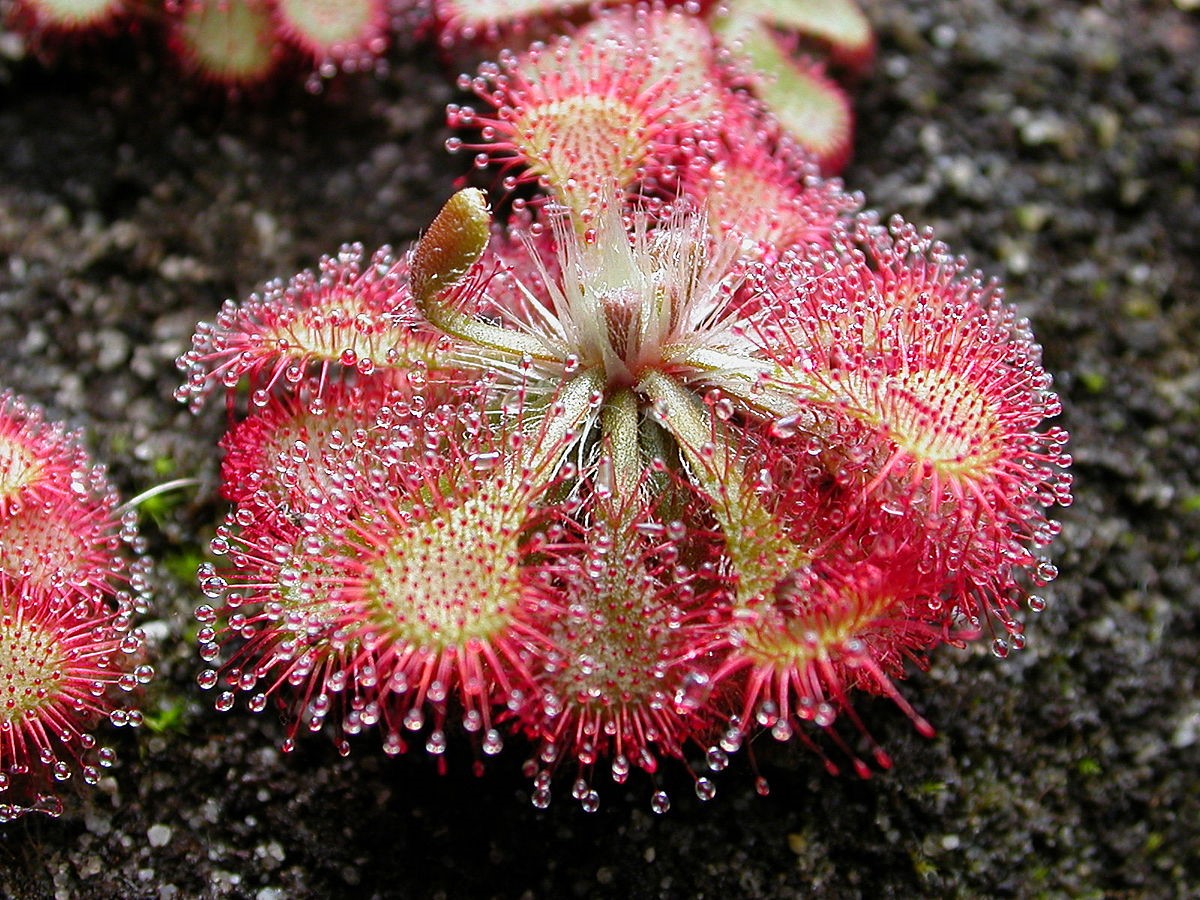 Sundews (Drosera) are a genus of around 170 carnivorous plants. They are found on every continent except Antarctica. They can vary significantly in size, from the tiny Drosera pauciflora, which is less than 2cm (0.8in) across, to the giant sundew (Drosera gigantea), which has left up to 1 meter (3 ft) long. Sundews get their name from the dew-like droplets that cover their leaves. These droplets are the glue that traps small insects that the plant then eats. 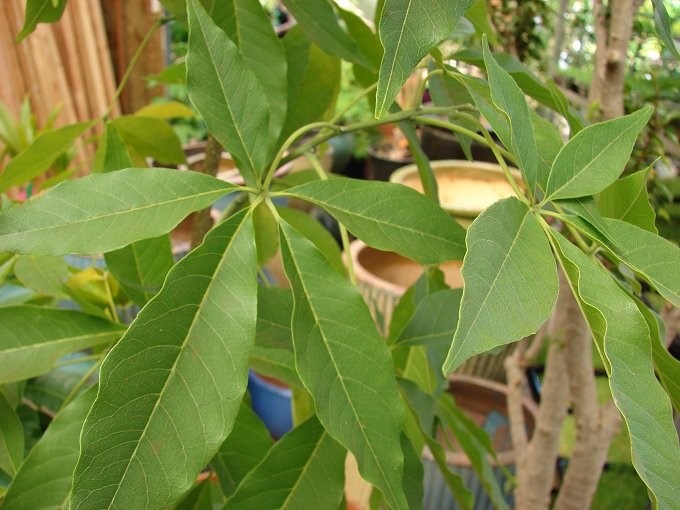 Sapotes (Manilkara) is a genus of around 40 trees in the family of Sapotaceae. They are native to tropical areas of Central and South America and the Caribbean. The fruit of the sapote tree is edible and has a sweet, custard-like taste. It is often used in pies and other desserts. 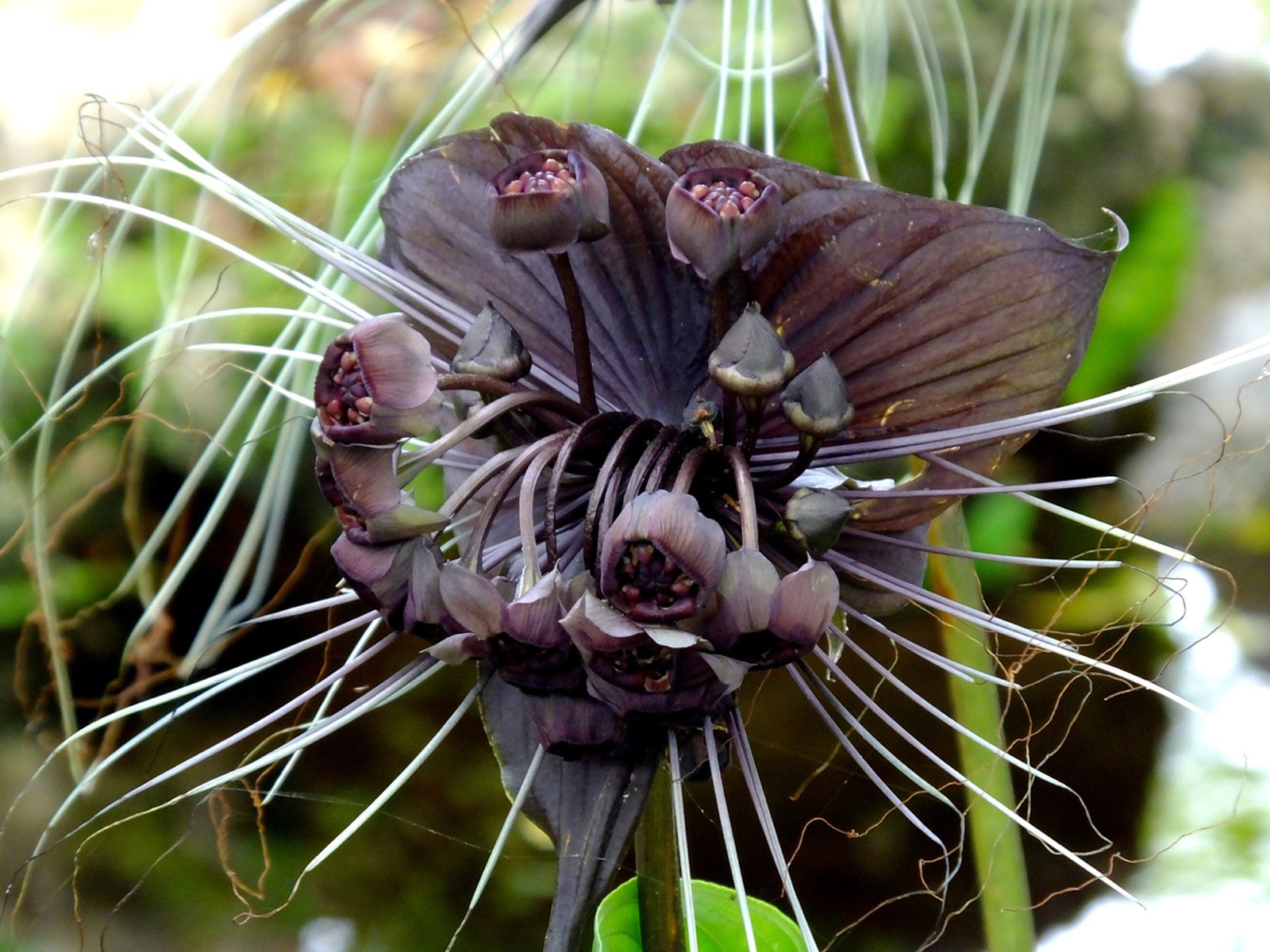 Tacca chantrieri or bat plant is a large flowering plant that is native to tropical Asia. This plant gets its name from its large black flowers that look like bats. Bat plants can also be found in the wild in Australia and Africa. Bat plants can grow up to 6 feet tall. The flowers of the plant are black and look like bats. 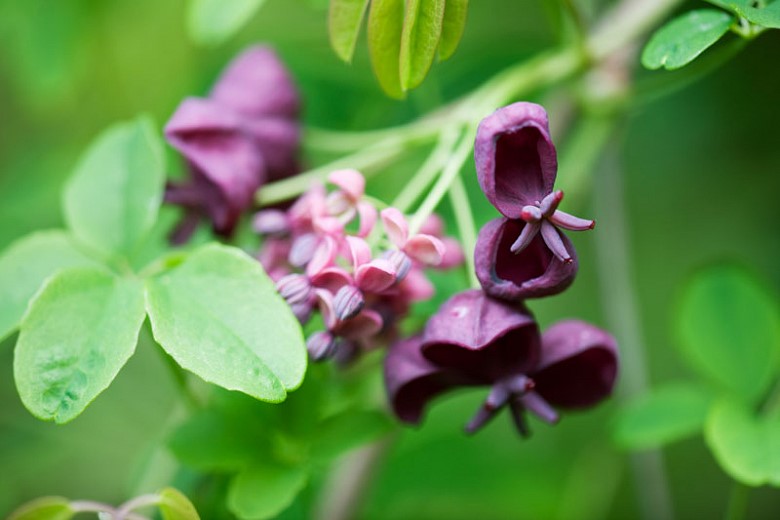 Chocolate vines (Akebia) are a genus of around five vine species in the family Lardizabalaceae. They are native to East Asia but have been introduced to other parts, including North America and Europe. The chocolate vine gets its name from the chocolate-like scent of its flowers. The fruit of the chocolate vine is also edible and has a sweet taste. 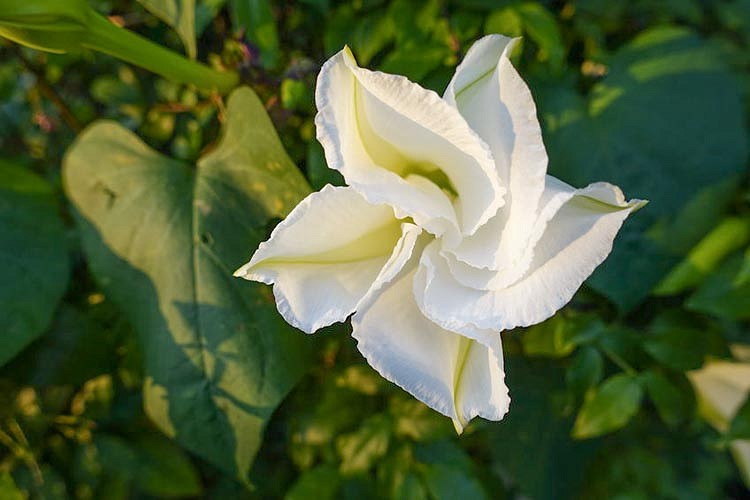 Ipomoea alba or moonflower is a climbing plant native to Mexico and Central America. This plant gets its name from its white flowers that bloom at night and only last for one day. Moonflowers can also be found in the wild in South America and the Caribbean.

Moonflowers can grow up to 20 feet tall. The flowers of the moonflower only bloom at night and only last for one day. 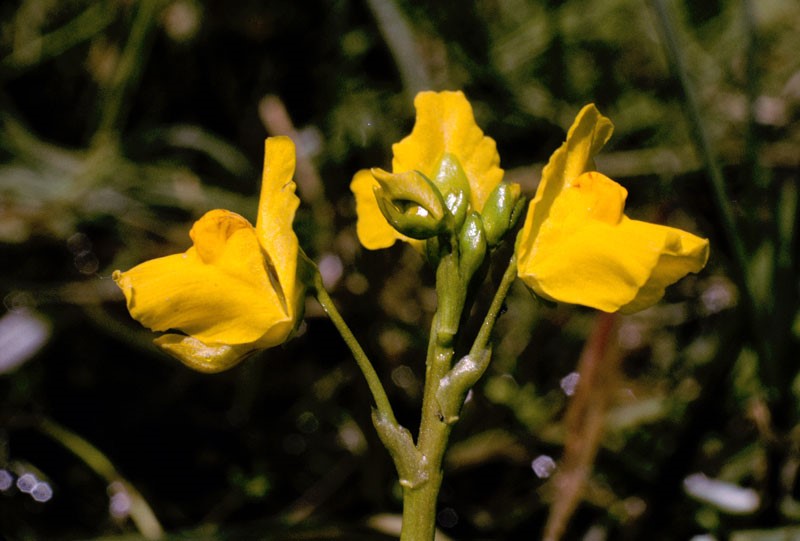 Bladderworts (Utricularia) are a genus of around 220 carnivorous plants. Bladderworts get their name from the small bladders that cover their leaves. These bladders are traps that capture small insects, which the plant then eats. 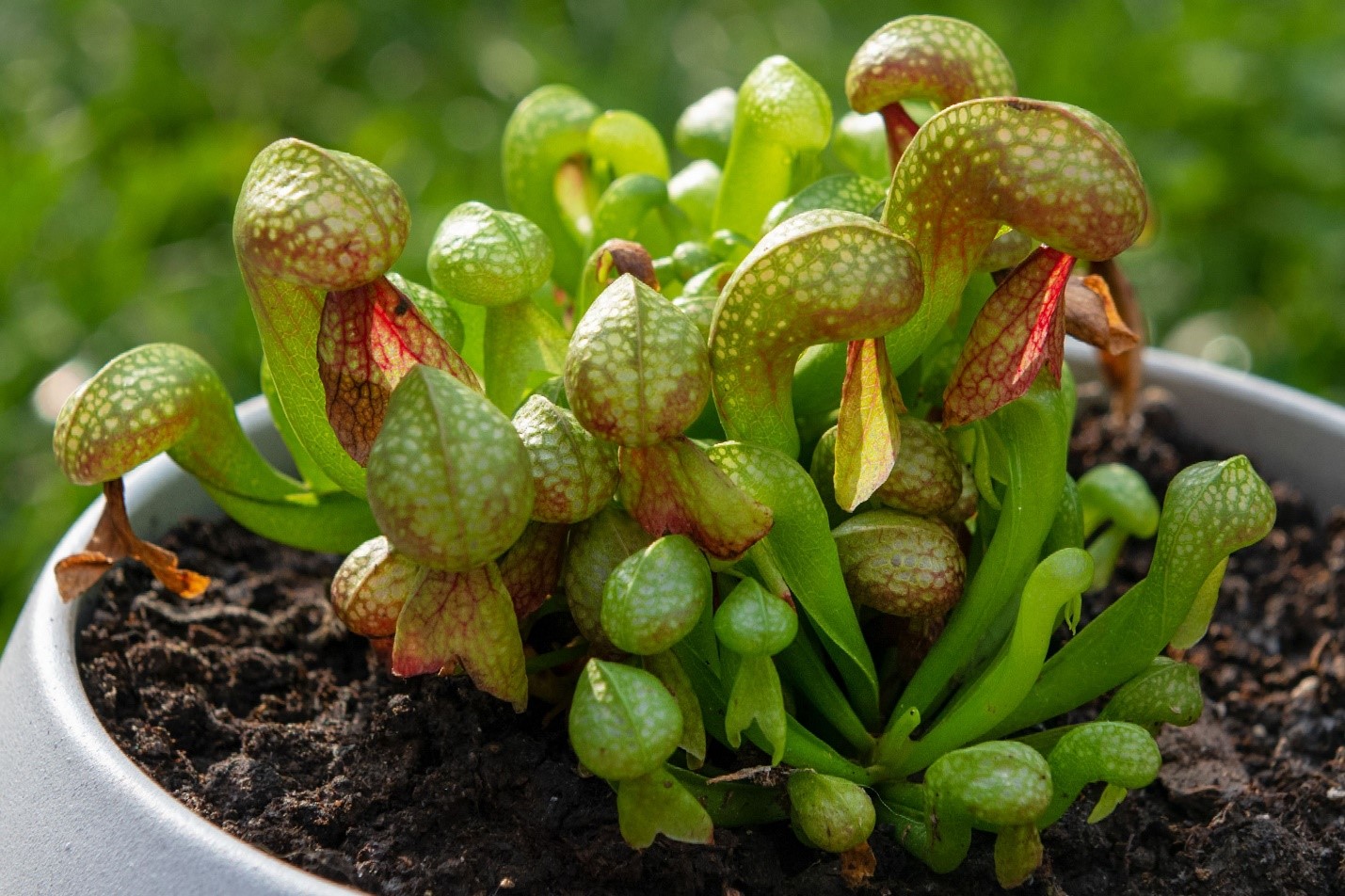 The cobra lily (Darlingtonia californica) is a carnivorous plant native to the USA. It gets its name from the snake-like shape of its leaves used to trap insects. The cobra lily is also known for the sweet nectar it produces, which attracts flies and other insects. Once trapped, the insects cannot escape and are eventually digested by the plant. 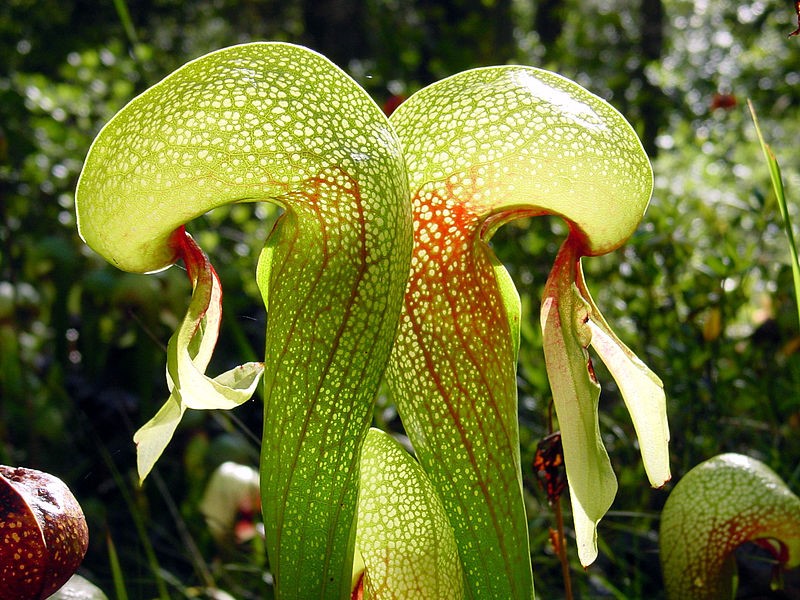 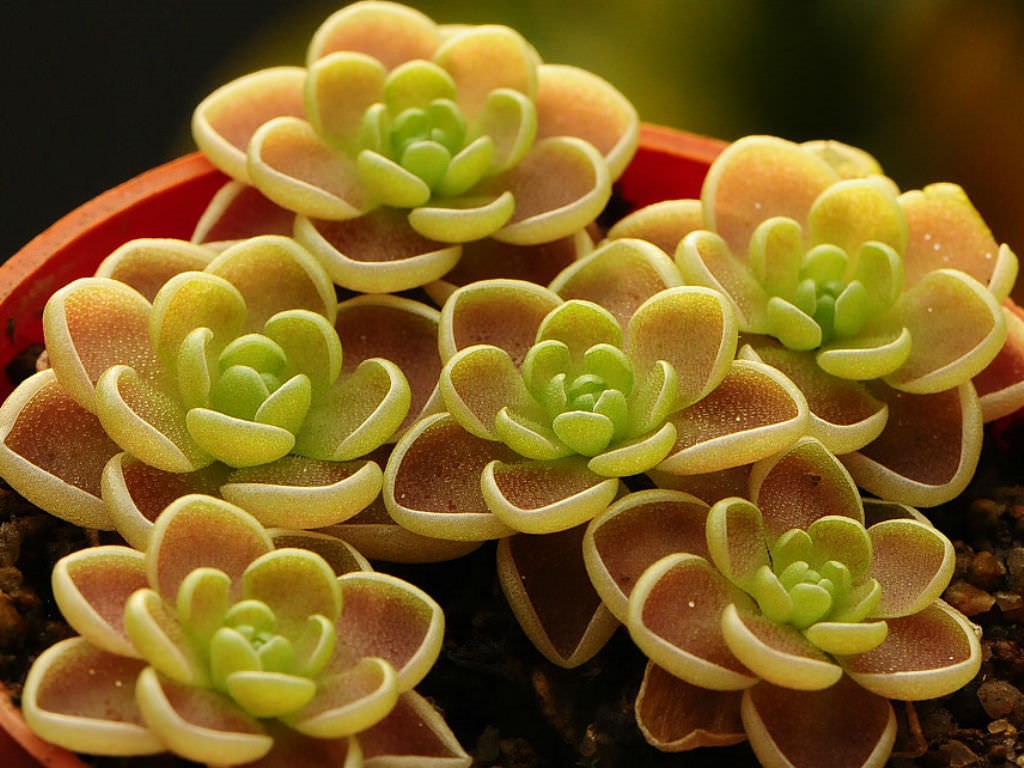 Butterworts (Pinguicula) are a genus of around 70 carnivorous plants. They are native to temperate and tropical areas, including North and South America, Europe, Asia, and Africa. Butterworts get their name from the buttery-yellow flowers that some species produce. The leaves of butterworts are covered in tiny glands that produce a sticky substance. This substance traps small insects, which the plant then eats. 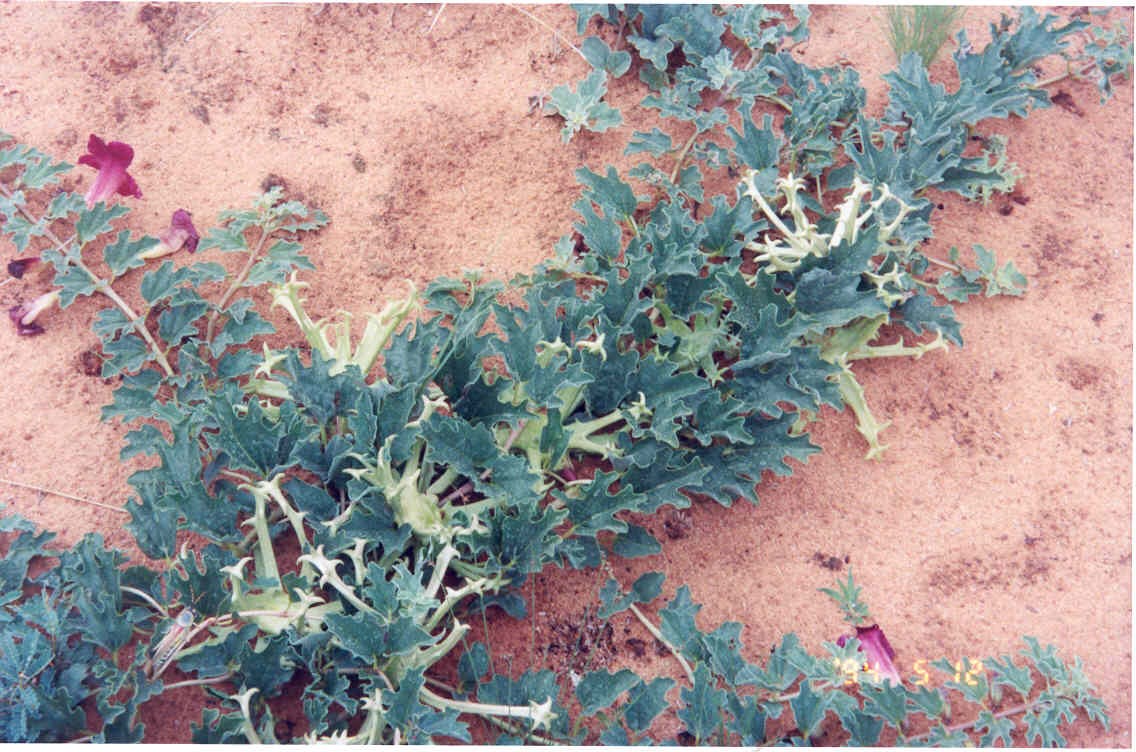 The devil’s claw is a bizarre-looking plant that is native to Africa. The plant gets its name from the large, claw-like fruits that grow on it. These fruits contain seeds that are used in traditional African medicine to treat various ailments such as arthritis and headaches.

Also Check: The 20 Weirdest Majors For Unique Students To Study

It’s no secret that plants make great additions to any home. They add a touch of nature, but they also can help improve air quality.

Whether you’re looking for a unique conversation starter or want to add an exotic touch to your garden, these unusual plants are sure to do the trick. Just be sure to research them thoroughly before you commit, as some can be quite delicate (and smelly!).

Have you grown any of them? Let us know in the comments below.