The 10 Weirdest Holidays Around The World 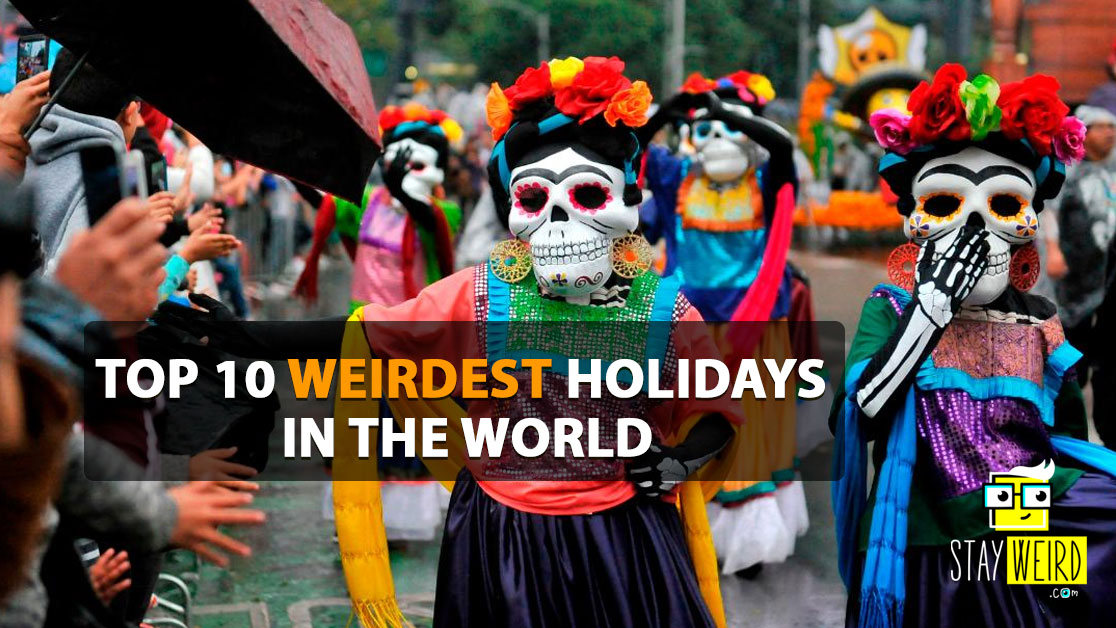 Holidays are the happiest time of the year and it would not be wrong to say that some people go a little overboard with their holiday celebrations.

But, have you ever heard about some of the weirdest holidays? The type that you never knew existed. Well, keep reading because we are going to help you in this regard.

Top 10 Weirdest Holidays in the World

We are listing the top 12 weirdest holidays in the world and trust us, your mind is about to be blown. 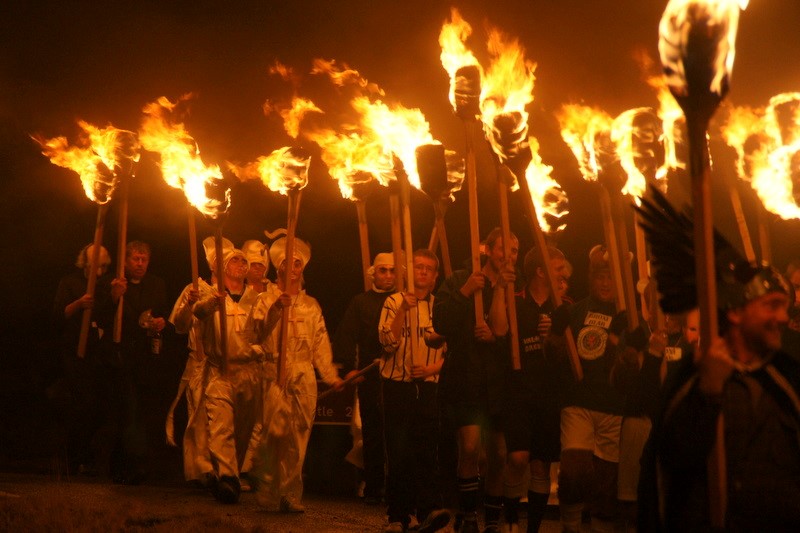 We are now moving towards more of a serious but very interesting holiday that is celebrated in Scotland. On this holiday, the locals march around the fire.

This holiday can be celebrated on any day from January to March. 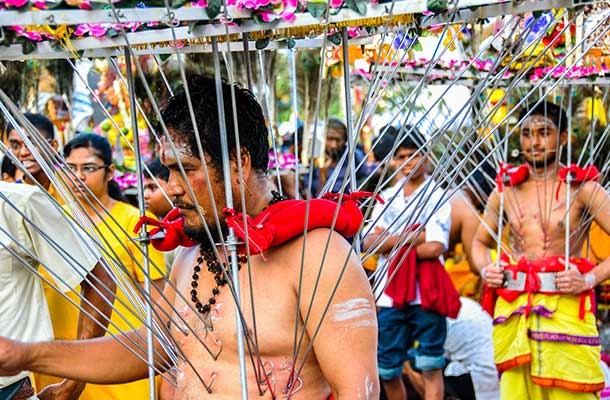 It is a Hindu holiday and people worldwide celebrate it with enthusiasm and devotion.

The weird thing about this holiday is that people pierce their bodies and even tongues with skewers and nails.

These piercings are a kind of ritual and they are done in order to please the God of War.

However, not everyone pierces his body and some people just bring milk and fruits to the festival too for pleasing the God of War.

The date of this holiday keeps changing and the best thing about it is that you see lots of colors and people from around the world attending it. 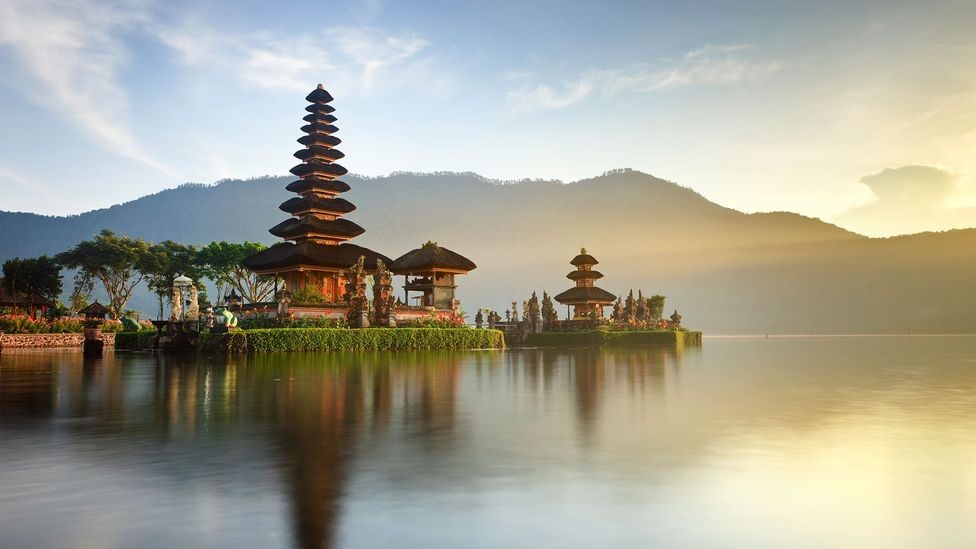 Bali celebrates its new year in complete silence as cities are completely shut down and not even traffic is allowed outside.

The electricity usage is minimized and people are advised to remain silent in their houses.

This holiday is so weird yet interesting because during these 24 hours, a whole island shuts down and everyone abides by the rules. What do you think, is it scary or peaceful? 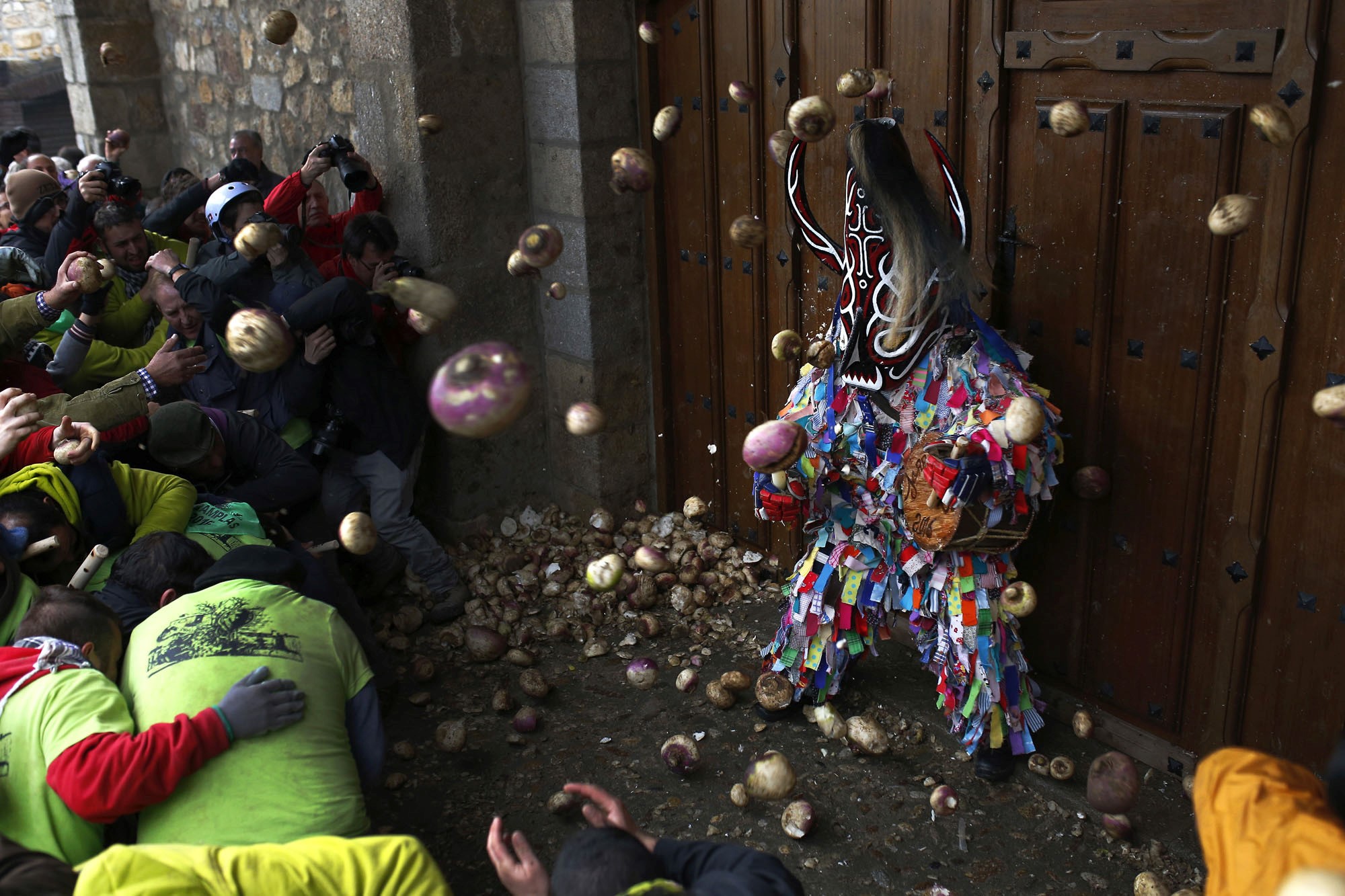 It is a holiday that takes place on the 19th and 20th of every January and on this holiday, a person dresses up like a devil and others throw turnips at him.

The people who throw turnips are also selected every year. So, when the parents have a newborn, they already give the name of their baby for throwing the turnip.

That is because the waiting list is 20 years long. Moreover, no one exactly knows where this holiday came from.

But for all we know, it is centuries old and might mean that locals are dragging out evil from the town. This festival is celebrated in Piornal, Spain. 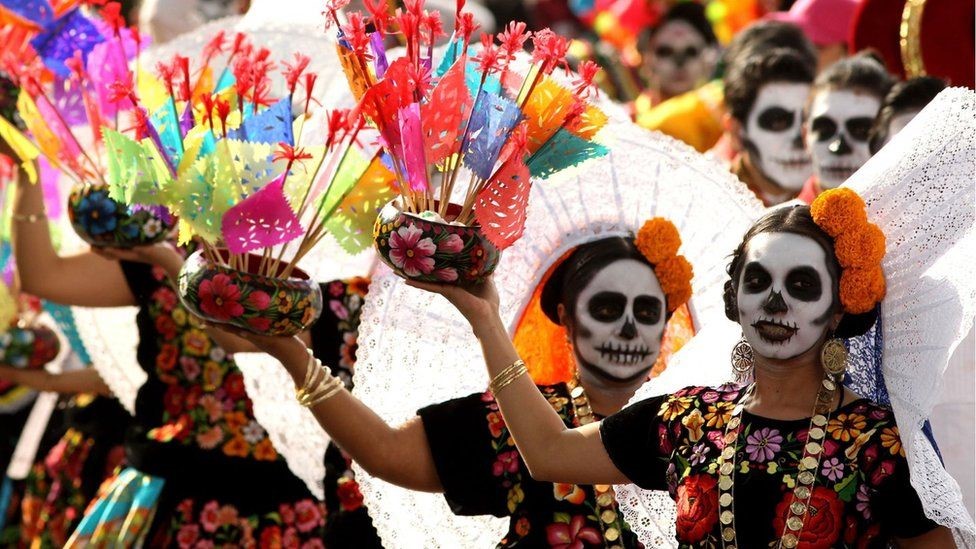 It is a very interesting day because, on this day, the people of Mexico literally get dressed as skeletons. And they visit cemeteries.

There are multiple rituals of this day, but they vary according to the region. But the weird thing is that these people make different dishes for the deceased to please them. And also gather in the cemetery to tell funny stories about the deceased.

It would not be wrong to say that this holiday is the celebration of death itself which makes it one of the weird holidays. 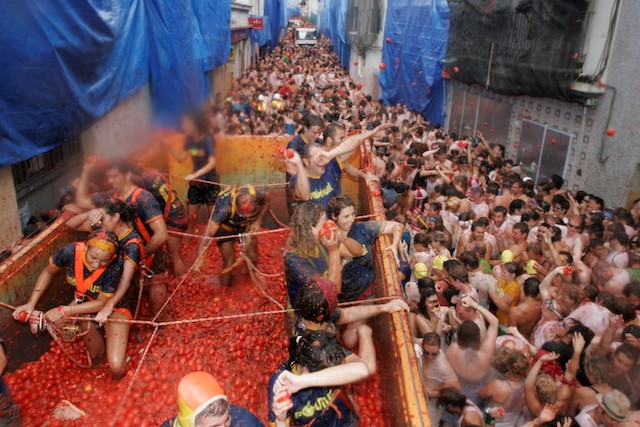 It is one of the weirdest and most interesting holidays ever because every year, on the last Wednesday of August, more than 20,000 people gather in Bunõl, Spain, and they throw tomatoes at each other.

150 tons of tomatoes are used on this special day, and though it does not have any religious significance, this holiday is celebrated with enthusiasm.

Tomatina festival is known to originate back in 1945 when a fight broke out among children, and they started hitting each other with tomatoes.

The festival is being observed every year since then, and it encourages people to come out of their comfort zone and enjoy life with friends. 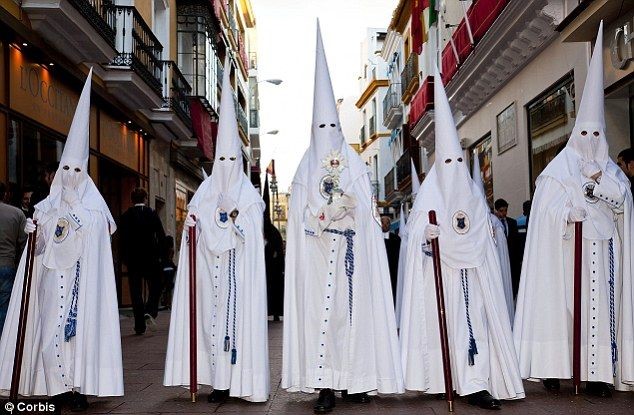 This holiday basically takes place around the world but is widely celebrated in Spain. It lasts for a whole week, and during this time, religious people march on the streets with statues and other sacred things.

The interesting thing about this festival is that in Spain, these religious people dress up in white robes that have triangular tips and just 2 holes for the eyes. 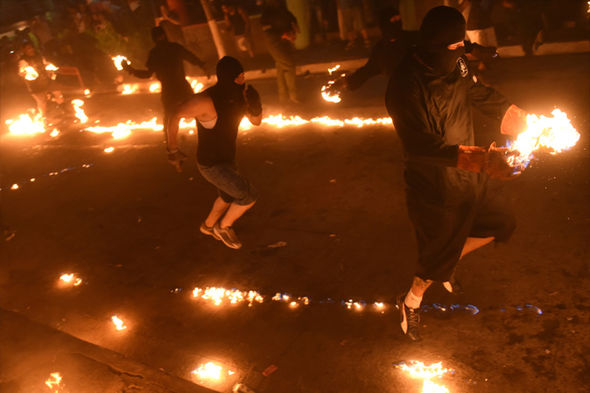 It is one of the most dangerous holidays because of every year. The locals of Nejapa make balls of fire and throw them at each other at night.

The collateral damage after this festival is huge, but the locals celebrate it as a reminiscence.

This tradition started centuries ago when a volcano erupted, and fireballs rained on this town. People throw fireballs at each other in the memory of that incident. 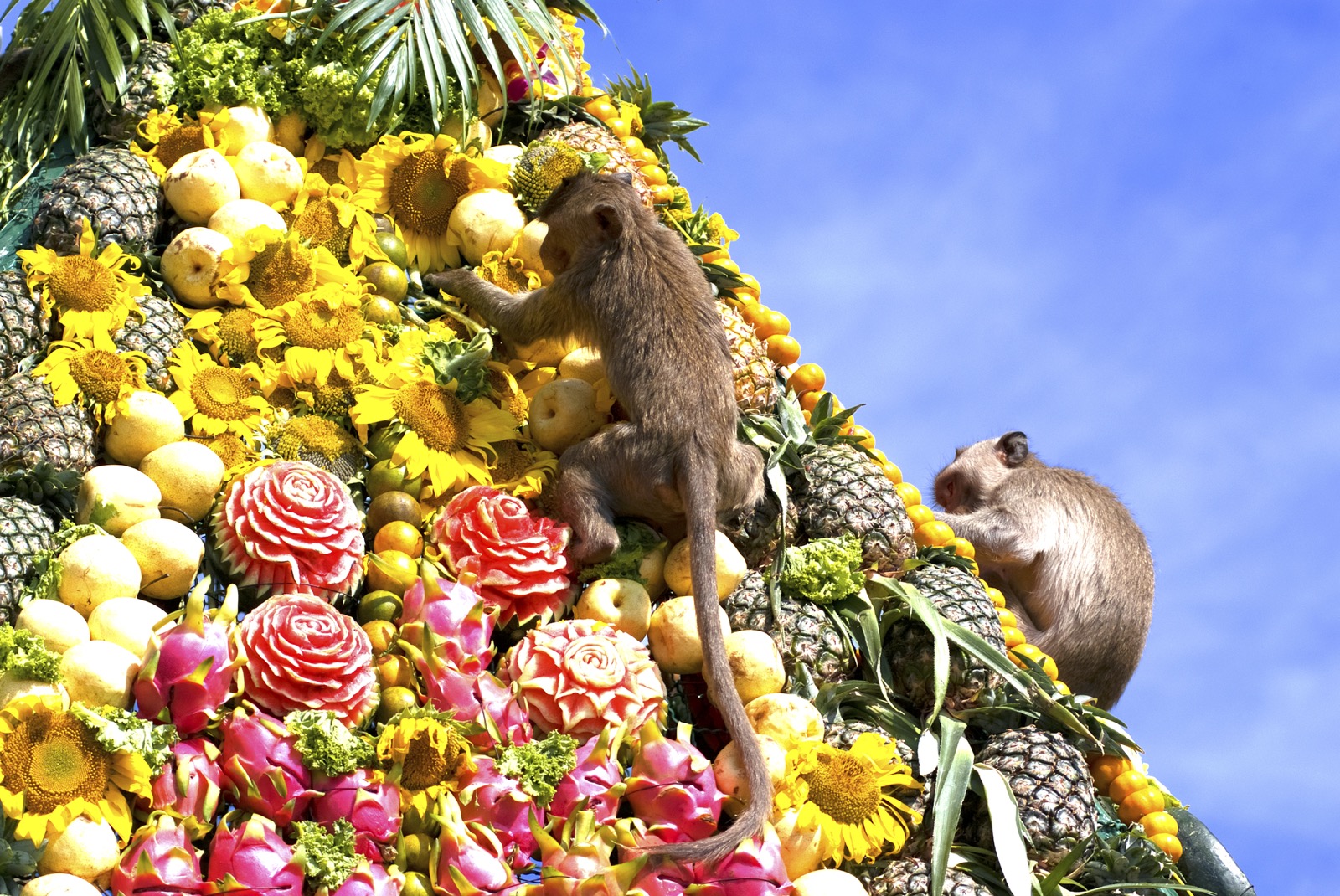 Monkey Buffet is literally what it sounds like. In Thailand, every year, a huge buffet is held, and that day is celebrated as a holiday.

All the monkeys are entertained and fed properly by the locals.

This buffet takes place at a temple, and this holiday originated from the mythology where a monkey saves a very beautiful bride from an evil demon that has 10 heads.

People of Thailand have celebrated that brave monkey every year since then. 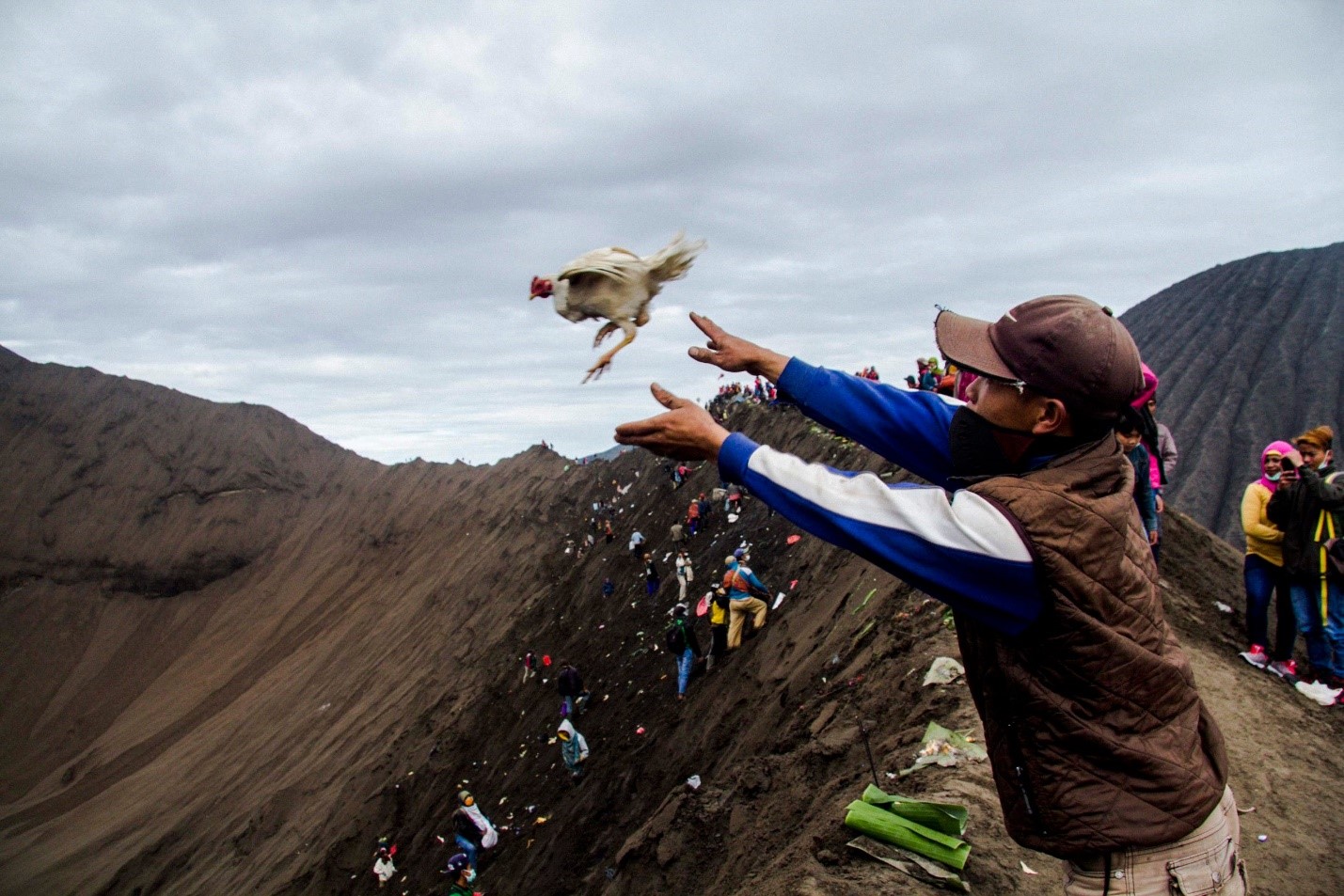 People of East Java celebrate this holiday by climbing to the mouth of an active volcano and throwing their cattle and crops in it. This holiday basically is a sacrifice to please the Gods.

The people of this region think that they will be able to achieve prosperity throughout the year after this sacrifice.

Also Check: The 10 Weirdest Mysteries That Are Unsolved From Around The World

There really are some of the strangest holidays in the world, and we cannot keep calm for sure. Weird holidays are not just limited to these days, but there is cat day and pirate day too.

If you are a fan of star wars, you will be happy to know that there is a holiday celebrated as star wars day. And even a national hugging day which is one of the most random national holidays.

There is no shortage of strange holidays around the world, and certainly, all of them are worth celebrating. So, if you are bored after new year’s eve, you can celebrate any of these holidays and enjoy.